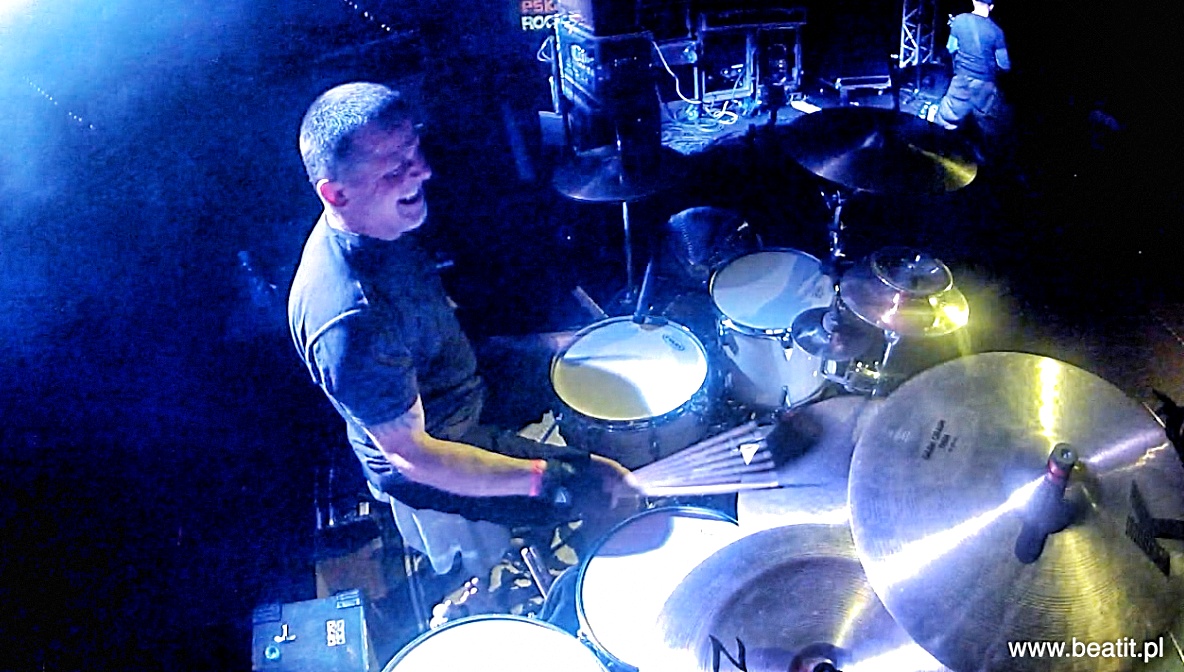 Paweł Herbasch and his band Illusion live for BeatIt

Here is another one from the list of tunes that made the audience literally ecstatic at the sold out Rock In Arena festival, which took place at the Arena hall in Poznań, Poland, on the 9th of February 2013. If you are looking for chops requiring eight limbs and just as many drum kits, this is not exactly a film for you. On the other hand, if you are interested in groove, groove, groove and then some more groove, Paweł Herbasch is just the right kind of a drummer. And if you should get a bit tired (which we sincerely doubt), the man will deliver some more groove to you. See and hear for yourselves how he goes about this classic song from the band’s second effort, released in 1994. Here are Paweł Herbasch, Illusion and the song “Wojtek”.