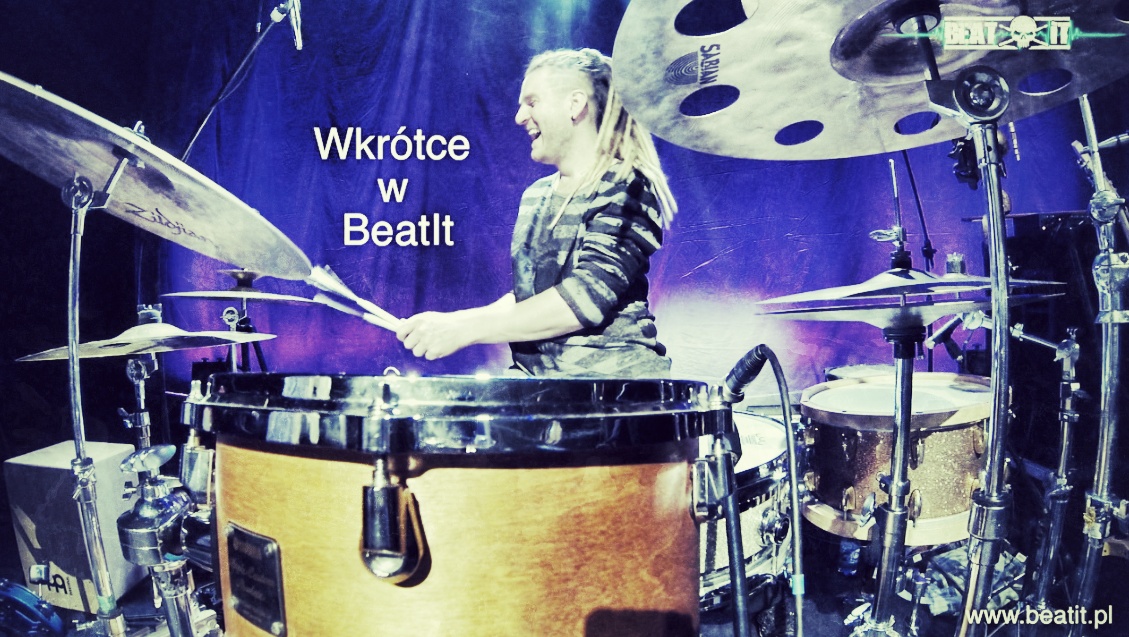 Paweł Dobrowolski is no novice both on the Polish and international scene. In his career, he has collaborated with the great violin virtuoso Nigel Kennedy (at that point in his career Paweł shared the same Royal Albert Hall stage with none other than Jeff Beck), and the legends of improvised rock – SBB. Currently, Paweł Dobrowolski is a member of Anna Maria Jopek’s band. The recent performance of the latter outfit, specialising in mixing jazz and world music, at the Earth Hall (a new venue recently opened as part of the International Poznań Fairgounds) was a wonderful opportunity to meet the man and talk important stuff, i.e. drums, cymbals, skins and sticks. The BeatIt team does not miss out on such occasions. Here is a foretaste of what to expect. Enjoy!