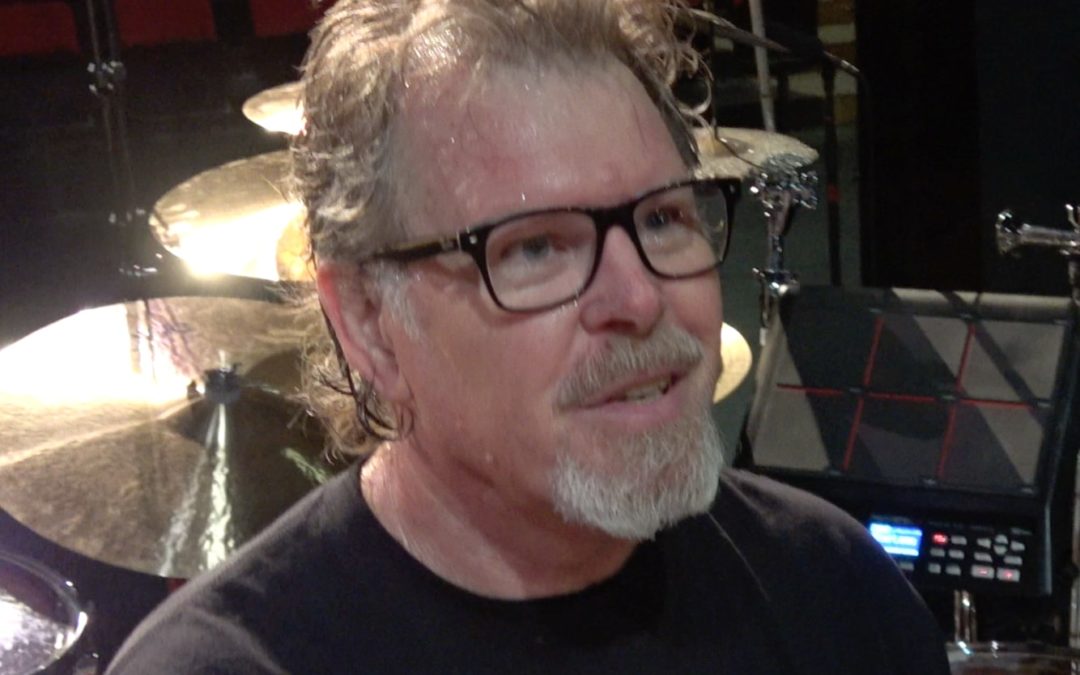 BeatIt simply could not miss out on such an opportunity to interview some of the best drummers in the business. Last week, we kicked off with the great Gavin Harrison, and now Pat Mastelotto is just about to show us around the drum kit he is using during King Crimson‘s 2018 tour. You will see DW drums with Evans heads on, Paiste cymbals, Gibraltar hardware, Tama Speed Cobra pedals, Nord Drum 2, Roland V-Drums, and also lots and lots of surprises. 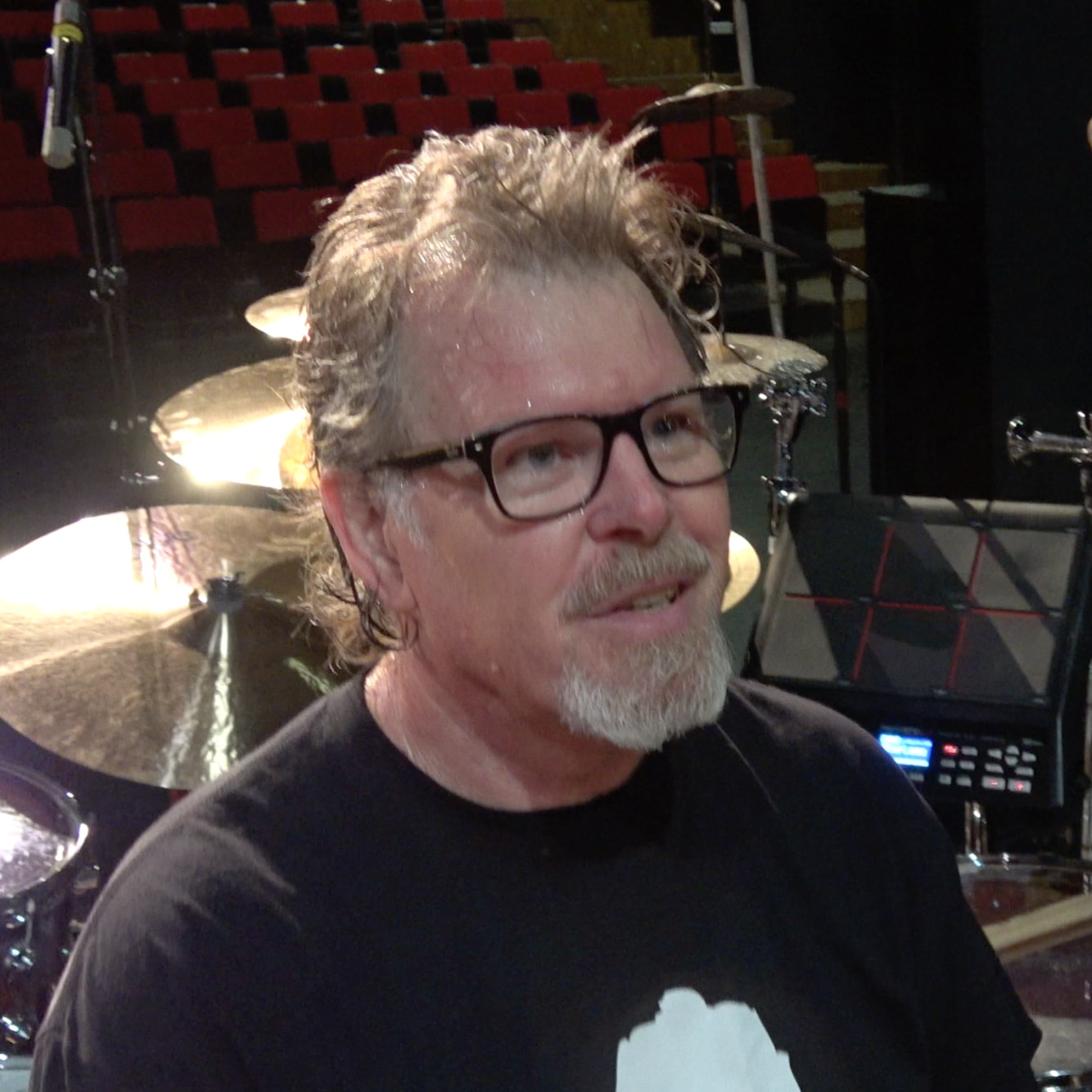 “I’ve found these hi hats and I kinda liked them. They’re called Paiste Light Dark Hat. I don’t even know what series that is. They sound a little bit tinny. I like these for this band. I change hats all the time. The ones I use at home, Terry Bozzio gave me a pair of his Sabians when we played together, they’re beautiful. Sometimes the music calls for 15″ Giant Beats, or 16″ or 18″. I went through quite a few with King Crimson. Like, Paiste Sound Edge 2002 and things.

Paiste gave me a prototype, I don’t know if it’s available in the market. It’s really unusual. They call it a splash, but it’s really heavy, almost like a bell. I’ve gone to smaller cymbals on this particular tour: a Paiste 16″ Singnature Fast Crash, and 8″ Signature Splash on top of it, a 20″ Paiste Modern Essentials (the one that Vinnie helped with), a 19″ Paiste Signature Full Crash, a 10″ splash, a Paiste Noise Works + 14″ china stack,

Paiste just sent me a gong. It happened a few times at the last rehearsal that Rober Fripp said: ‘Do you have a gong?’. I’ve got samples and I did use them, but I said: ‘Let’s call Paiste’ and they sent me one.

I’ve been using Tama pedals trying to imitate Gavin, who has the best feet of anybody around. I’ve seen Cobham play in cowboy boots, I’ve seen Danny Carey play barefoot. It all comes down to the brain, doesn’t it?

This is a new kit I got maybe two years ago. It’s a DW Collector’s Mahogany/Cherry. Garrison from DW told me they’d only made two at that point – one for Don Henley, and the asked if I wanted the other one. I let him choose and took this one. It’s a 10″, 12″ and I went to 15″. Gavin’s playing one and I thought: ‘Why not? Since they’re making me drums, I’ll try a 15″.’ There’s an 18″ floor tom as well. I use the slightly heavier Evans heads – EC2. The kick is a 22″ and the snare came with the kit. I go back and forth between this and one of Gavin’s signature Sonor Protean with small snare wires. It’s really quite good for this music. I think it sits in our music.

I have a Roland V-Drums cymbal pad tied to a Roland SPD-SX sampler. The sampler carries a lot of guitar parts when I play with Stick Men with Tony Levin. In Crimson, our friend Alex at DGM gave me access to King Crimson’s 1970s tape vault, so I pulled some samples off of the original recordings. I’ve got some of Jamie Muir’s sounds, some are my imitations of his sounds, or the begining of ‘Larks’ Tongues in Aspic’ – I just took that right off the CD.

I also have some percussion and metallic percussion instruments from such companies as Hammerax (run by my friend John Stannard), British guy Matt Nolan (who made this bat wing gong for me) and Morfbeats out of Oregon.”