A few words about this year’s Musikmesse

On April 5-8, there was a lot going on in Frankfurt am Mein, Germany. Of course, by that we mean one of the biggest business fair events in the music industry, i.e. Musikmesse. Everybody who visited the site could find something special and interesting for him or herself. Many booths and many companies were present at the huge exhibition center. Many products were within the reach of visitors’ senses. Obviously, as a drummers’ website, it is our main goal check out the newest drum kits, percussion items and accessories. 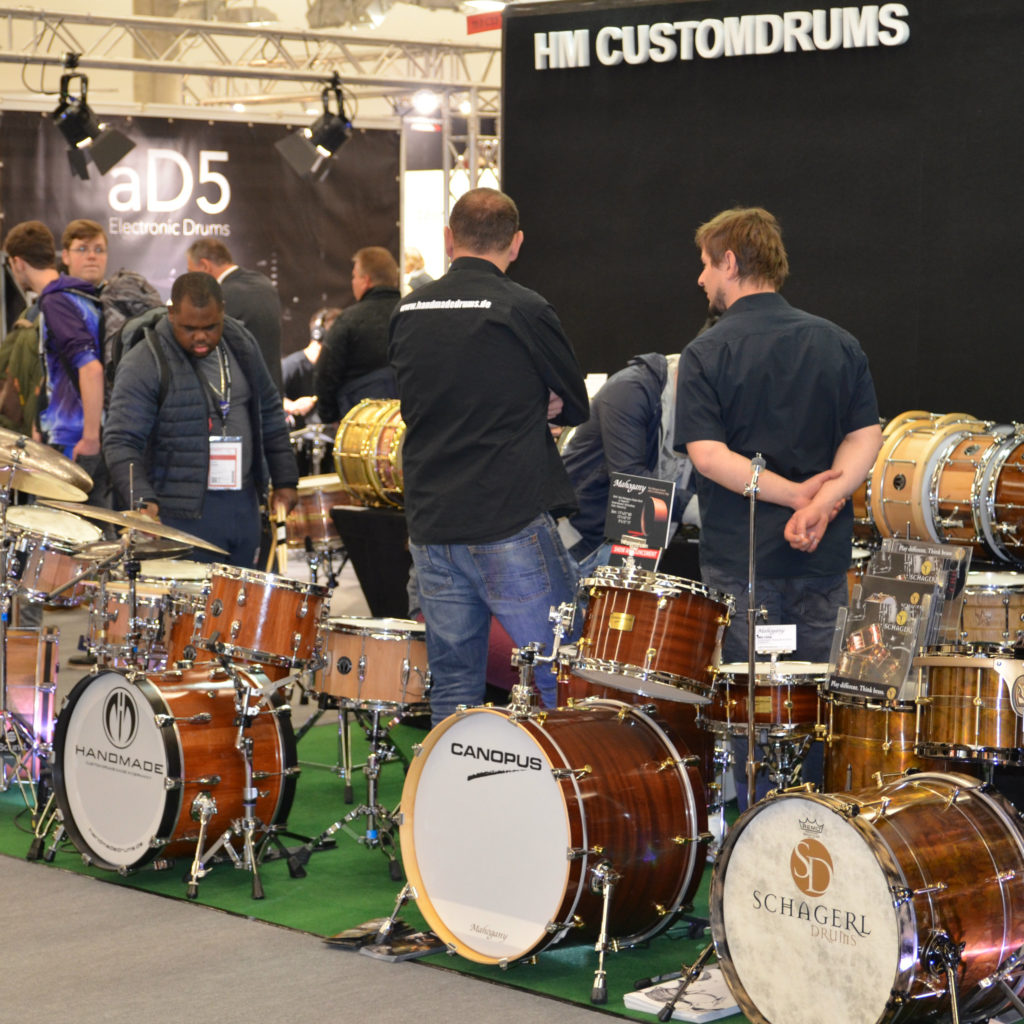 We arrived in Franfurt late in the evening on April 6. After just a few hours of sleep, we rushed to the Frankfurter Messe complex. After a quick search for Hall 11.0, where drums and percussion were exhibited, we began our tour, filming and taking photos of everything we saw there. The size of the hall wasn’t very impressive. There was a lot of empty space, which could have been used in many ways. Everything was close, and there was no chance of getting lost while walking among the booths (which were not so many compared to the events from the past). Another important thing was the fact that many of the biggest names in the industry were simply absent. There were no Zildjian, Sabian, DW, Vic Firth, Paiste, Mapex or Pearl booths. It seemed to prove the fact that the event is losing its previous status. Of course, companies like Meinl, Tama and Sonor were present and their booths looked really interesting, interactive and classy. Alesis was also around, but their booth was really small and hidden at the back of the hall. It was a bit sad to look at. 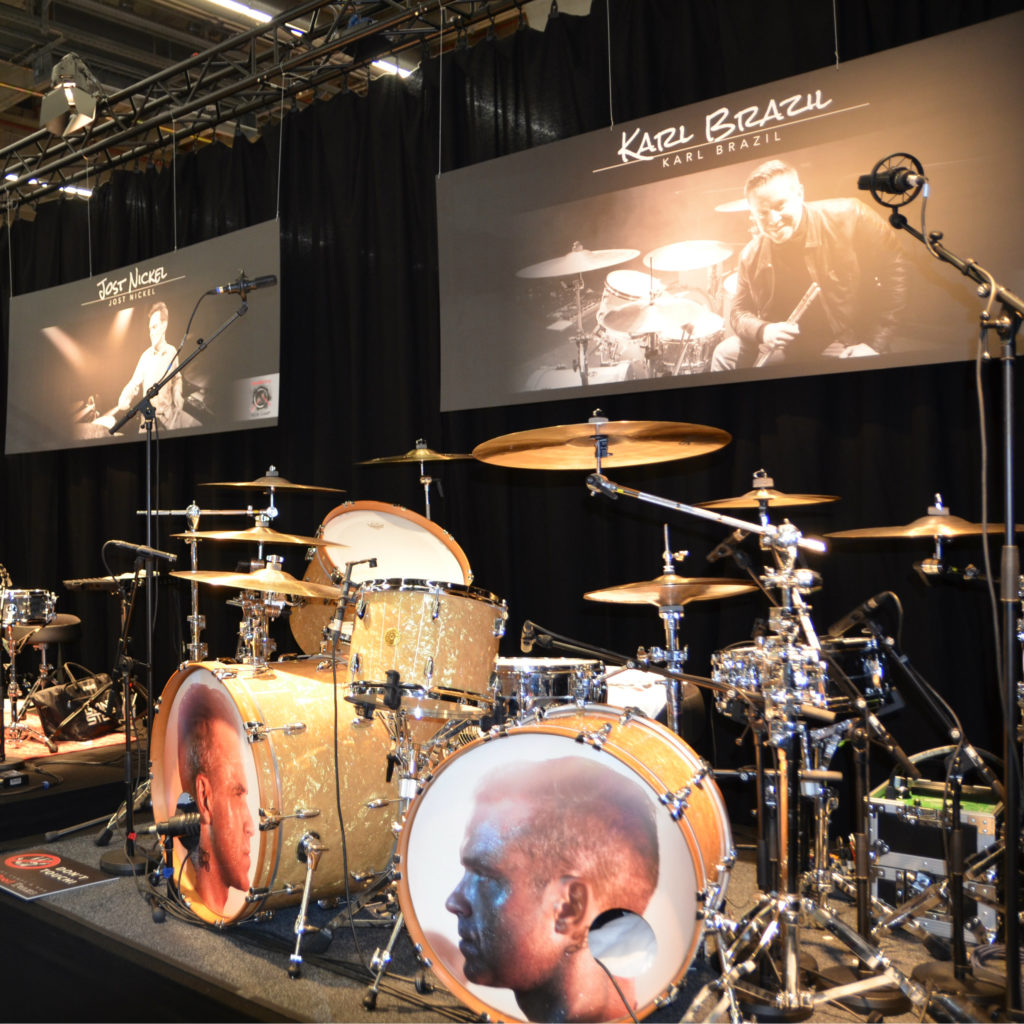 The really cool and new thing at Hall 11.0 was Brandworld Drums. The idea behind this action was to present the artists and gear in the best acoustic conditions available. That’s why the organisers came up with the brilliant idea to build a special booth inside a booth, which was constructed to provide the best sound. We can assure you that the sonic experience was really great! Every drum kit sounded good and round. There was no unnecessary noise, the cymbals were cutting through but our ears weren’t hurt in the process. Way to go! When it comes to the drummers themselves, every single artist was a top-class act. These skinsmen and women represented different music genres, so every visitor had something nice to listen to or new sounds to discover. We saw the performances by such great names as: Chris Coleman, Annika Niles, Will Hunt (Evanescence), Veronika Lukesova, Karl Brazil (Robbie Williams), Jost Nickel, Mike Johnston, Michael Schack and Alex Landenburg (Rhapsody). There was also a solo recital by a very interesting musician – Marcel Van Cleef. His kit looked lika a big drum set with double bass, tom toms and cymbals, but was a mixture of cajons and different percussion instruments. It sounded fabulous! 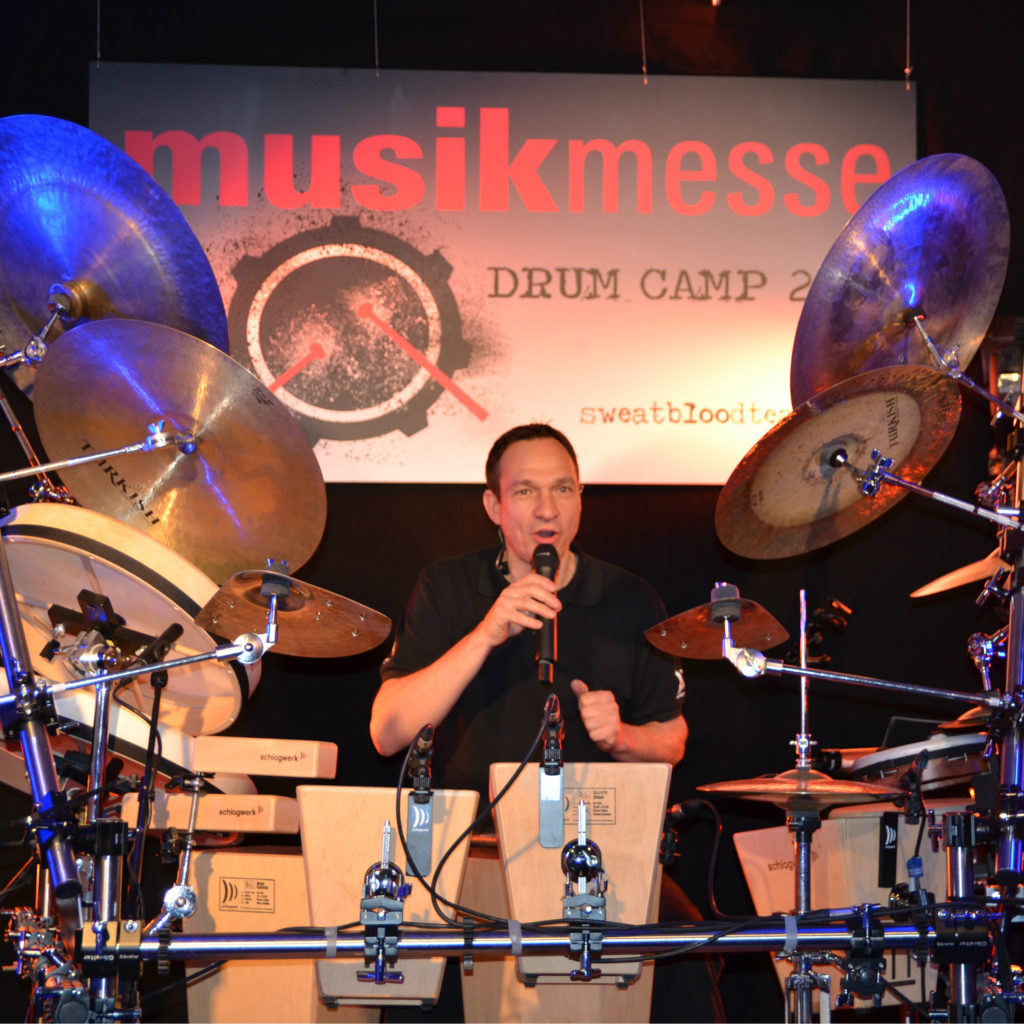 A separate hall was occupied by a big player in its own right – Yamaha. This year is quite special for the company as they are celebrating the 50th anniversary of drum-making. The visitors had the opportunity to see the first Yamaha drum kit ever – the famous D-20 model. Their drum booth was pretty amazing. It was clear, that they were doing it big time. The display of snares, acoustic and electronic sets, cases and hardware was quite a sight. At the end of the hall, right in the corner, there was a little stage, on which the possibilities of the new electronic DTX kits were shown. Many companies from the Far East came to Frankfurt to show their products. We saw such manufacturer names as Jindao from China and the Indian drum-makers Tiger Power. 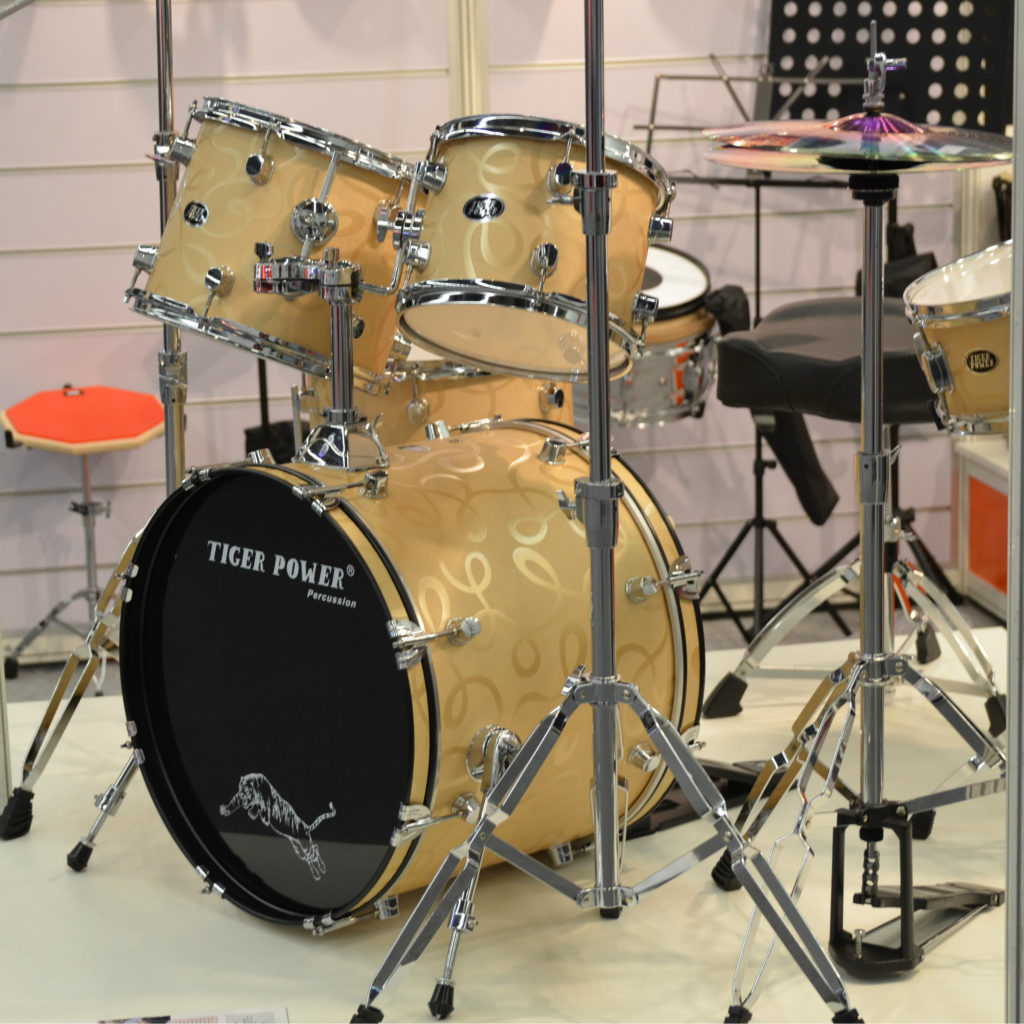 Despite the fact that many big cymbal makers were absent, we found some very interesting products made by smaller manufacturers. We also tried a few models out and thought they sounded really great (for example Agean cymbals). Quite a big booth belonged to the Istanbul Mehmet company. It featured an impressive cymbal display. These instruments were presented in style by the great Rick Latham himself! During last year’s London Drum Show we met an interesting company from Slovenia called Manic Drum. They produce fantastic stave drums and custom drum kits with their own hoops and hardware system. It’s helpful when it comes to quicker drumhead change or faster tuning – we highly recommend checking them out! Drummers and Drummerettes! Take a look at our picture gallery and a short video report! 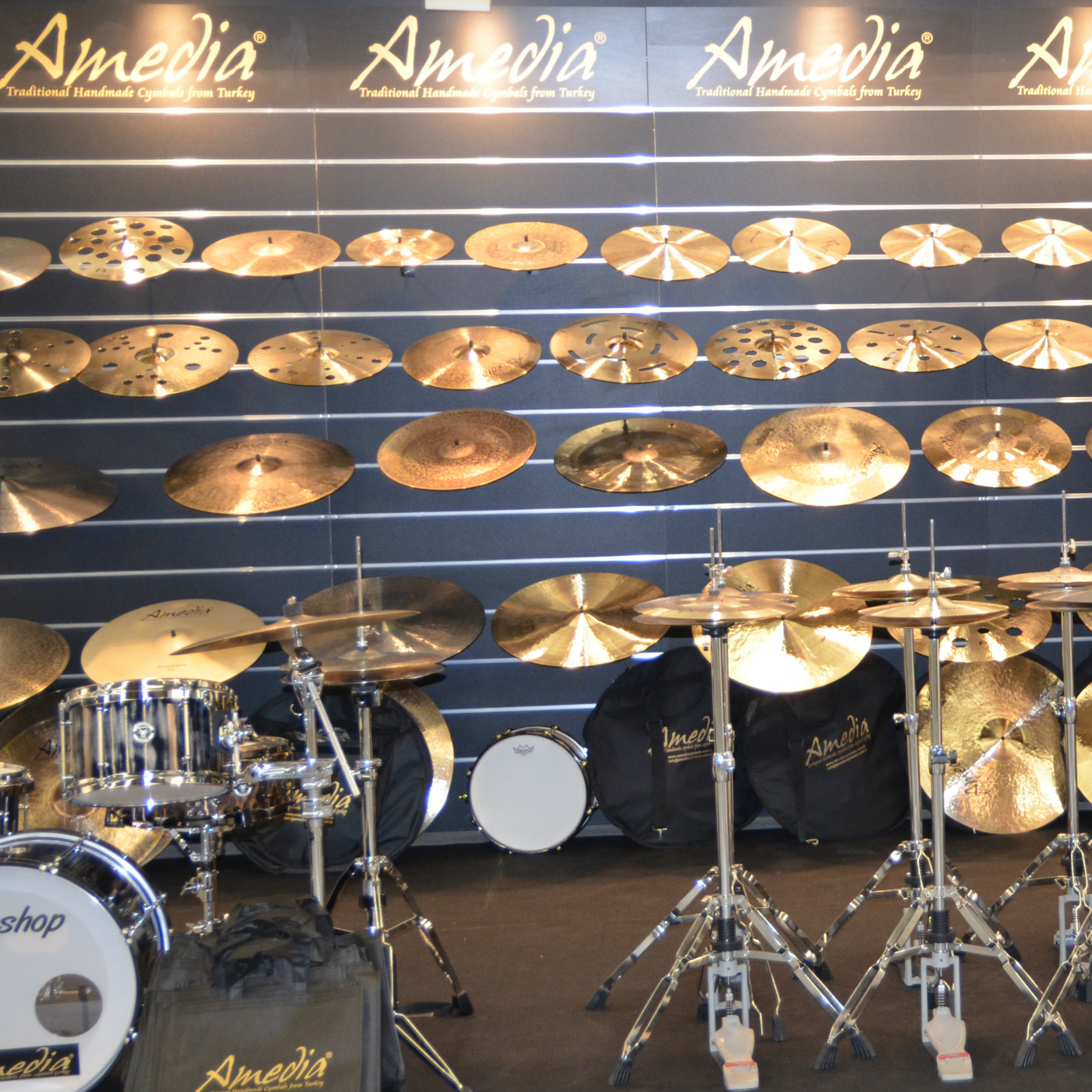 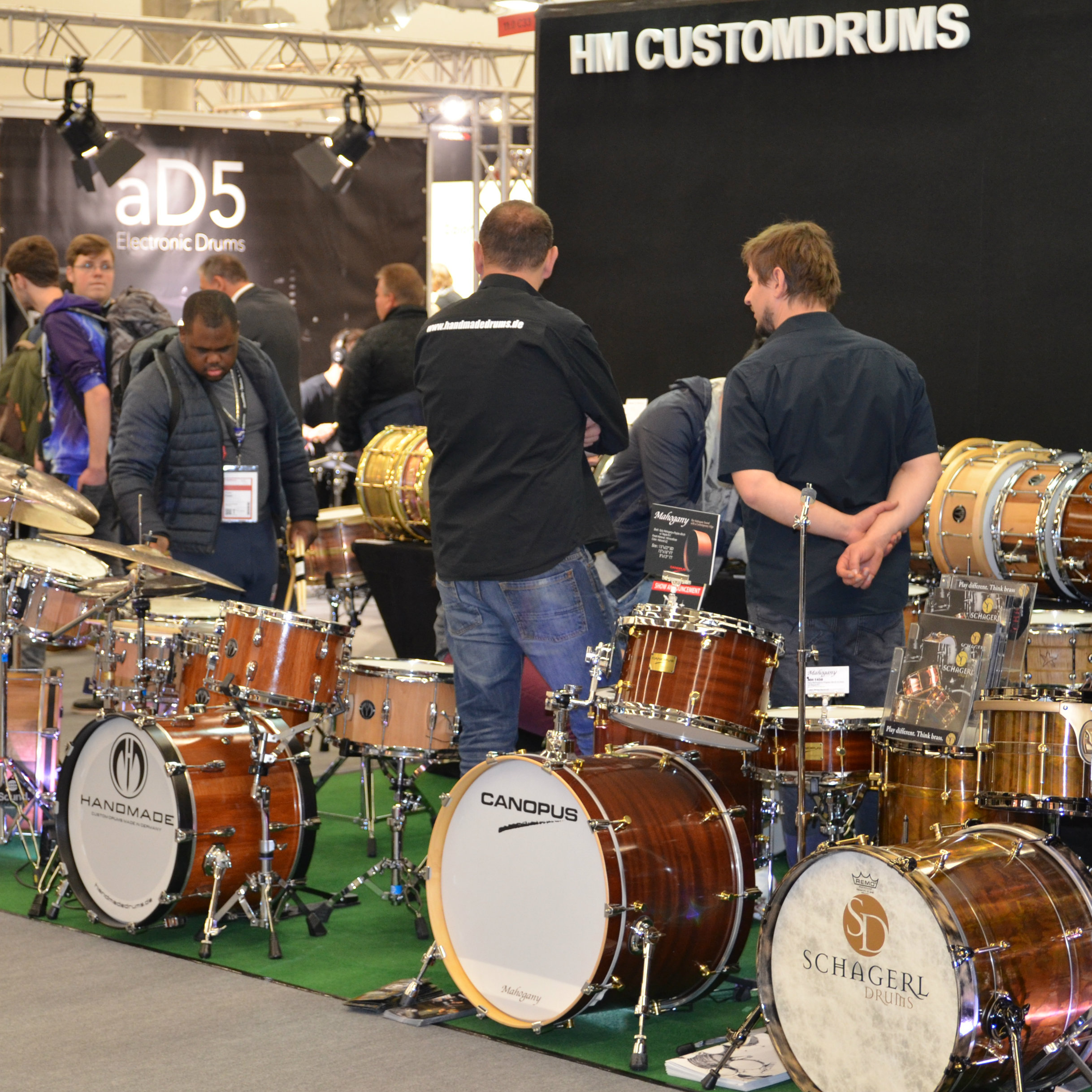 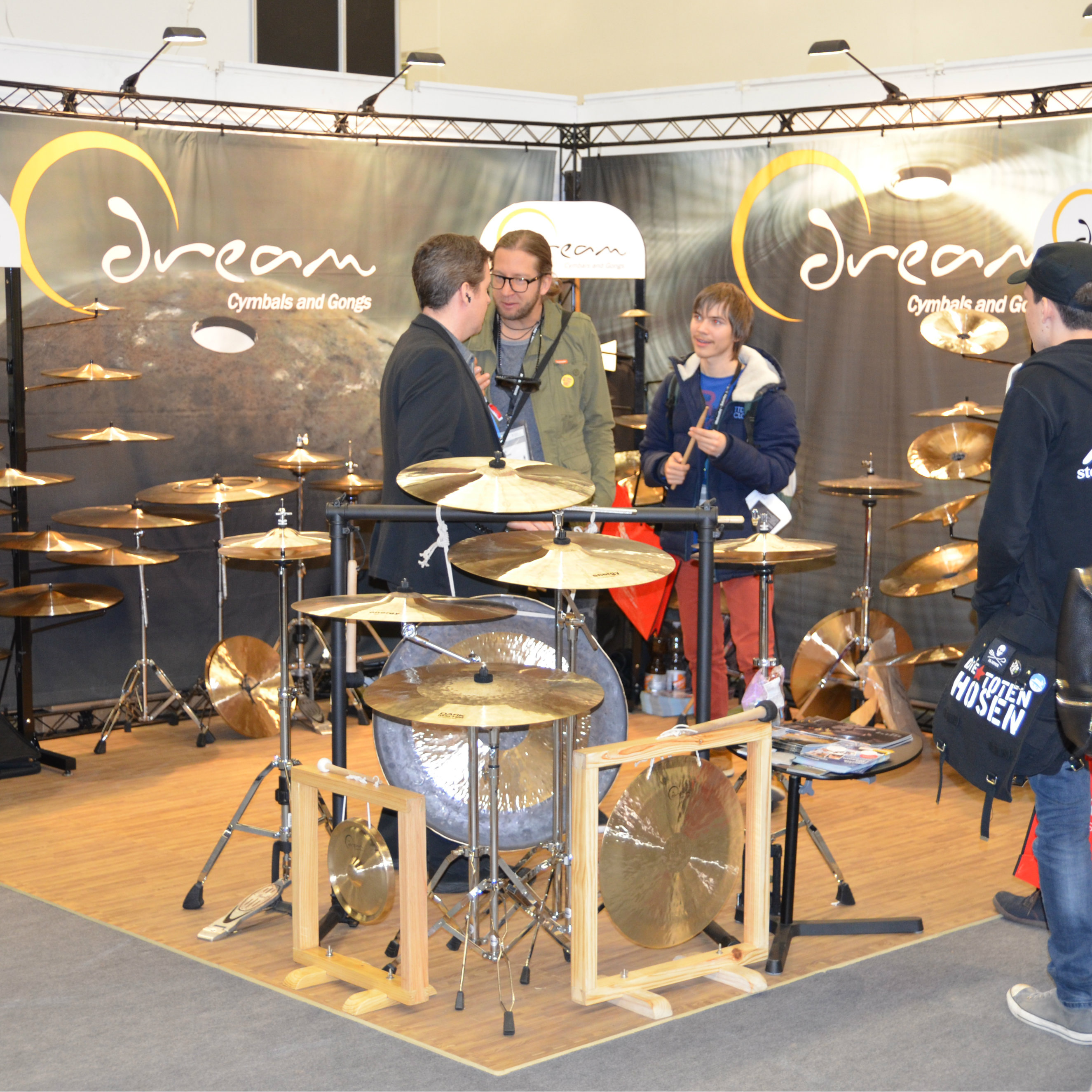 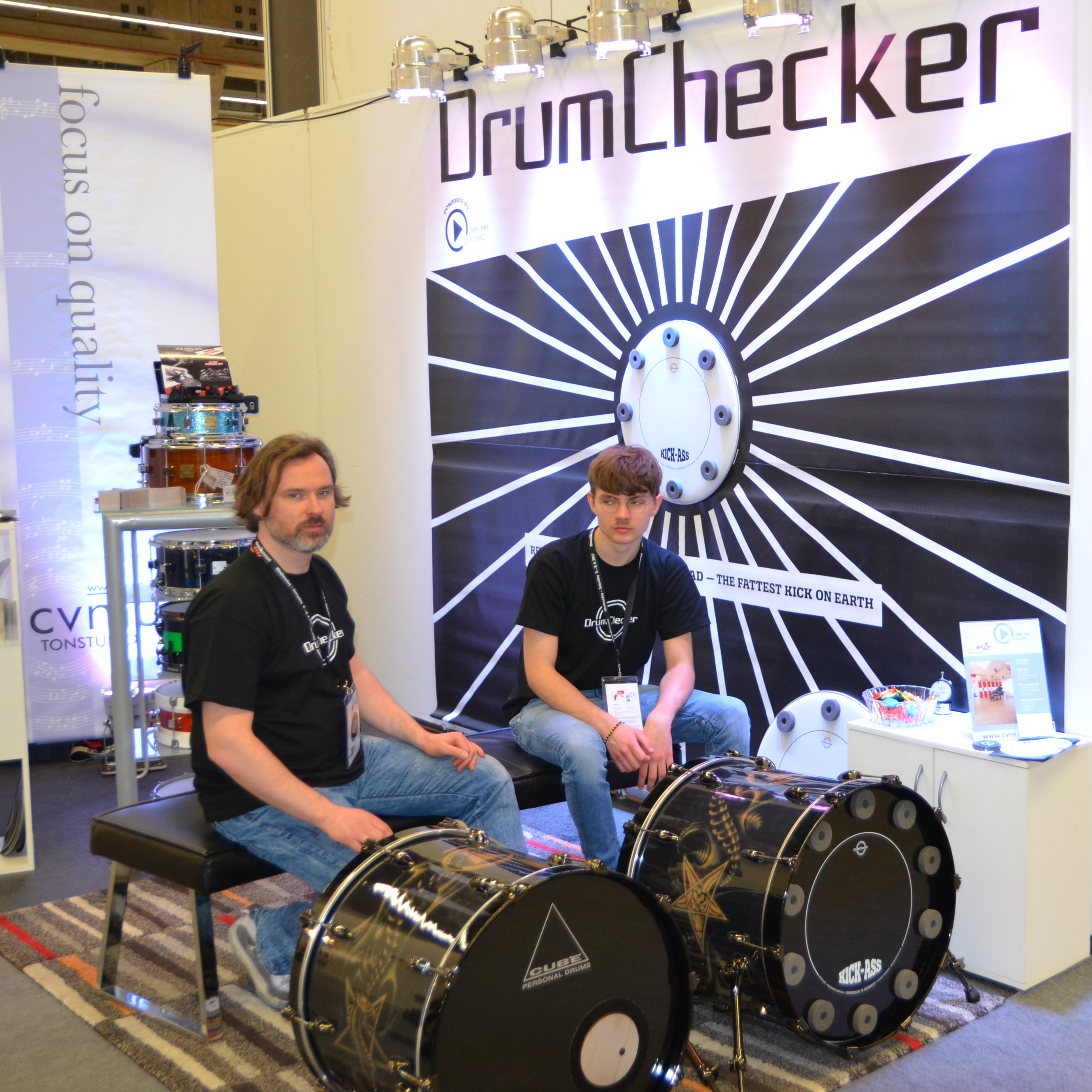 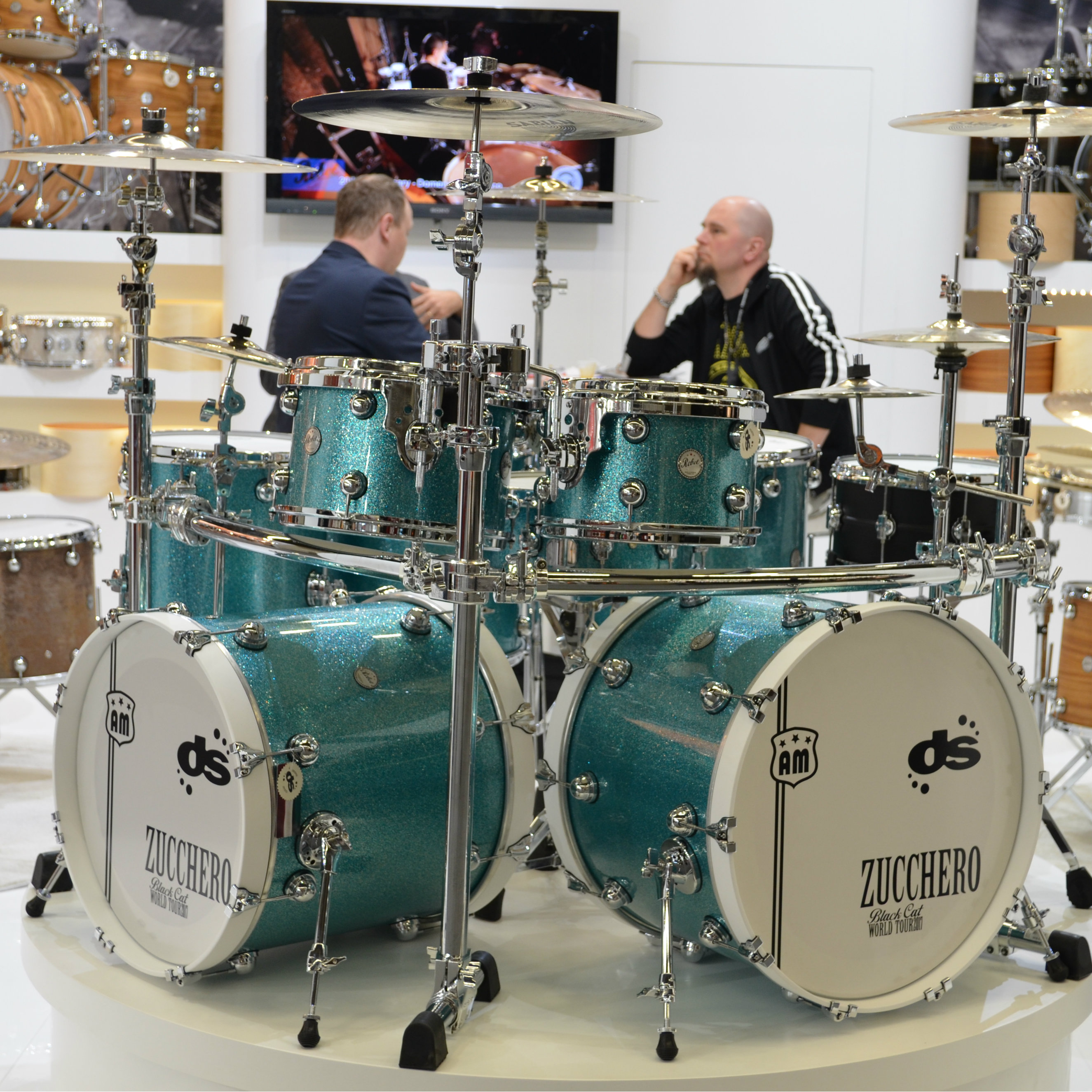 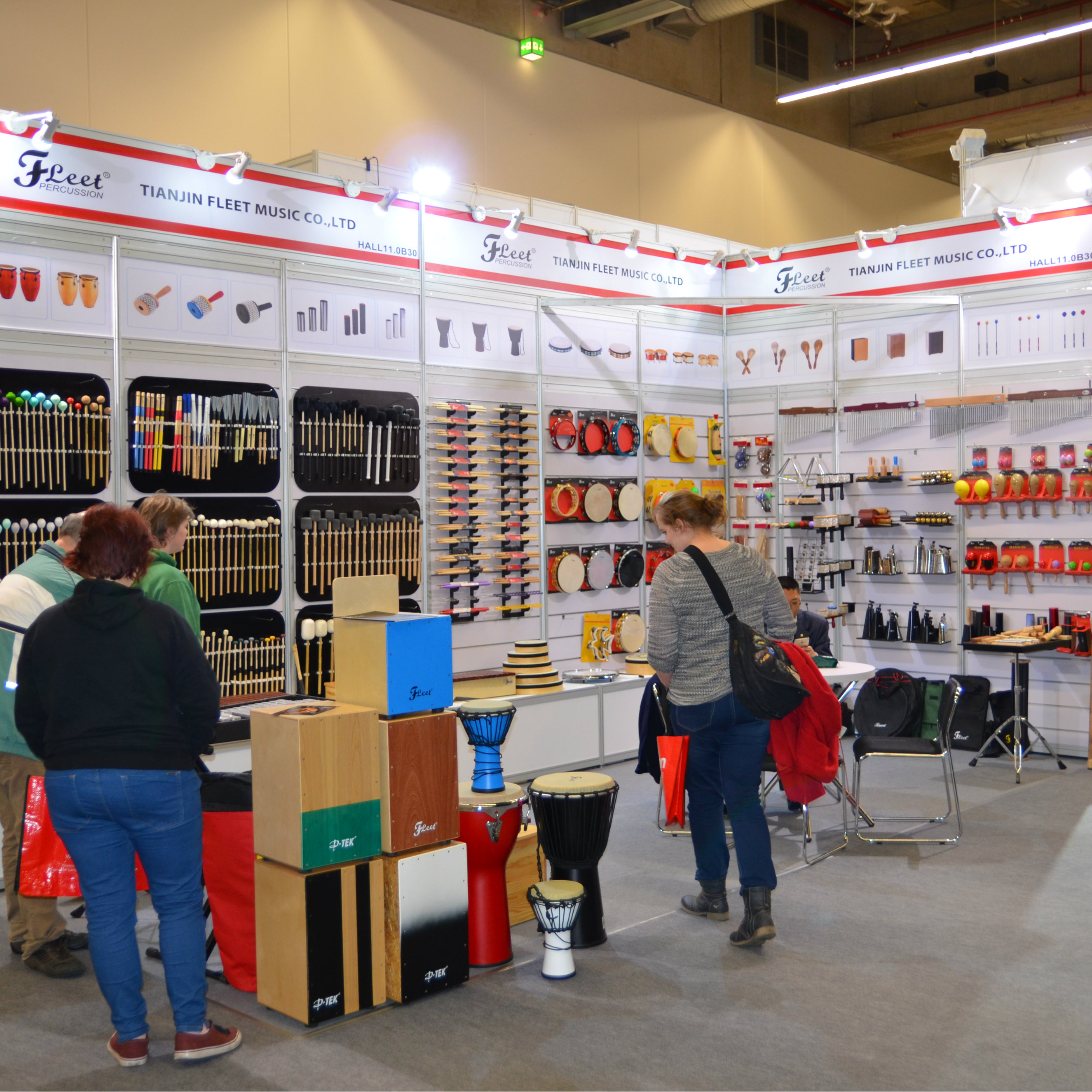 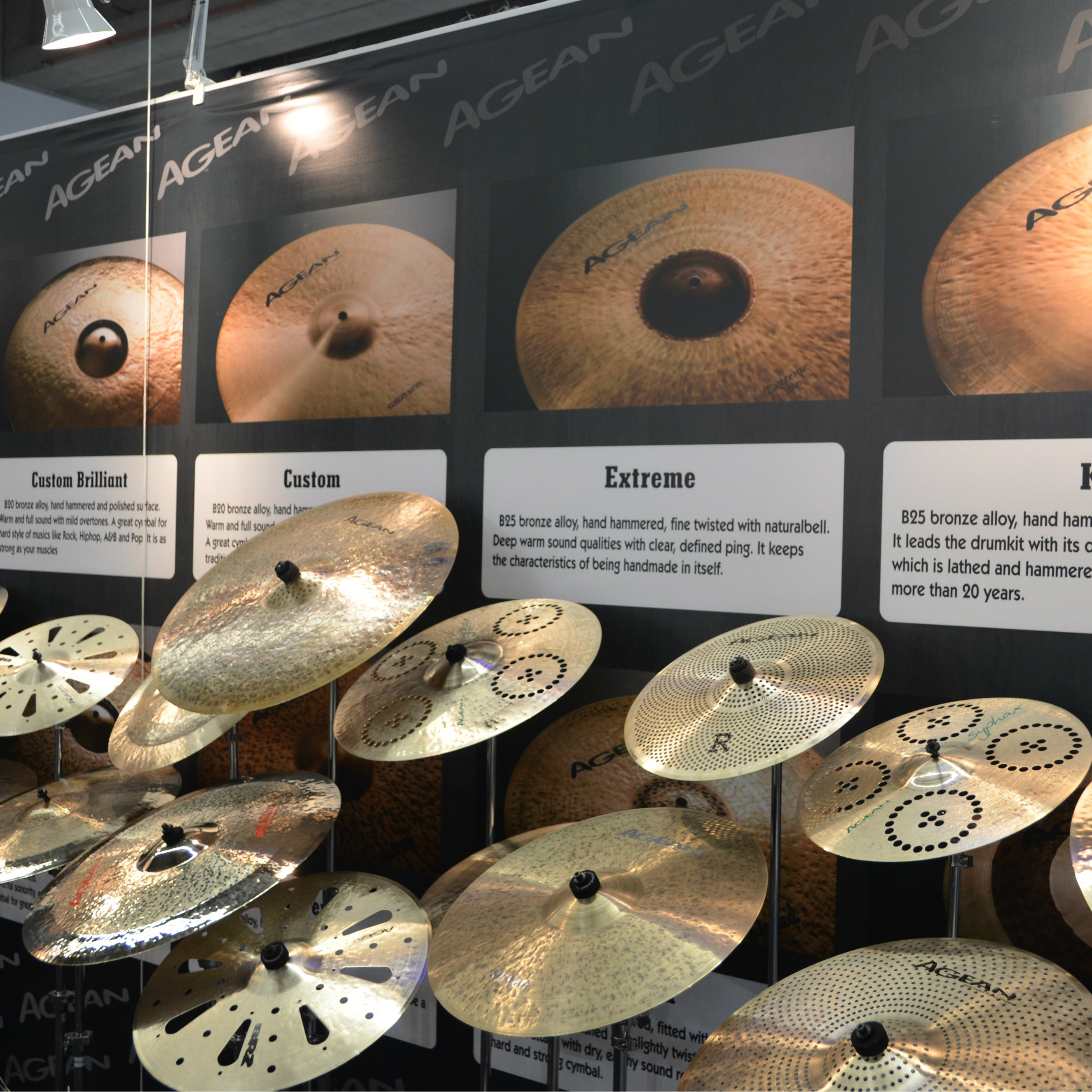 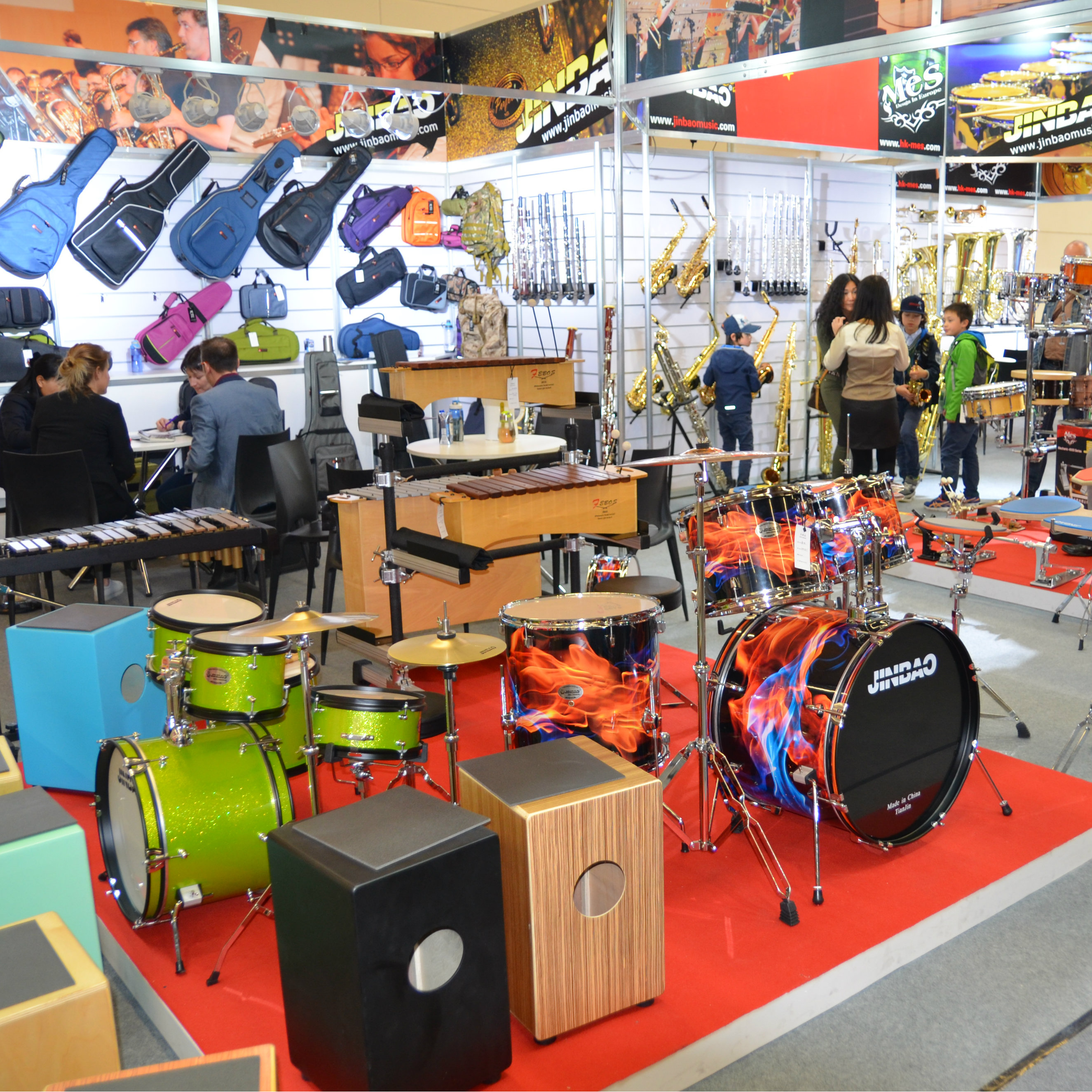 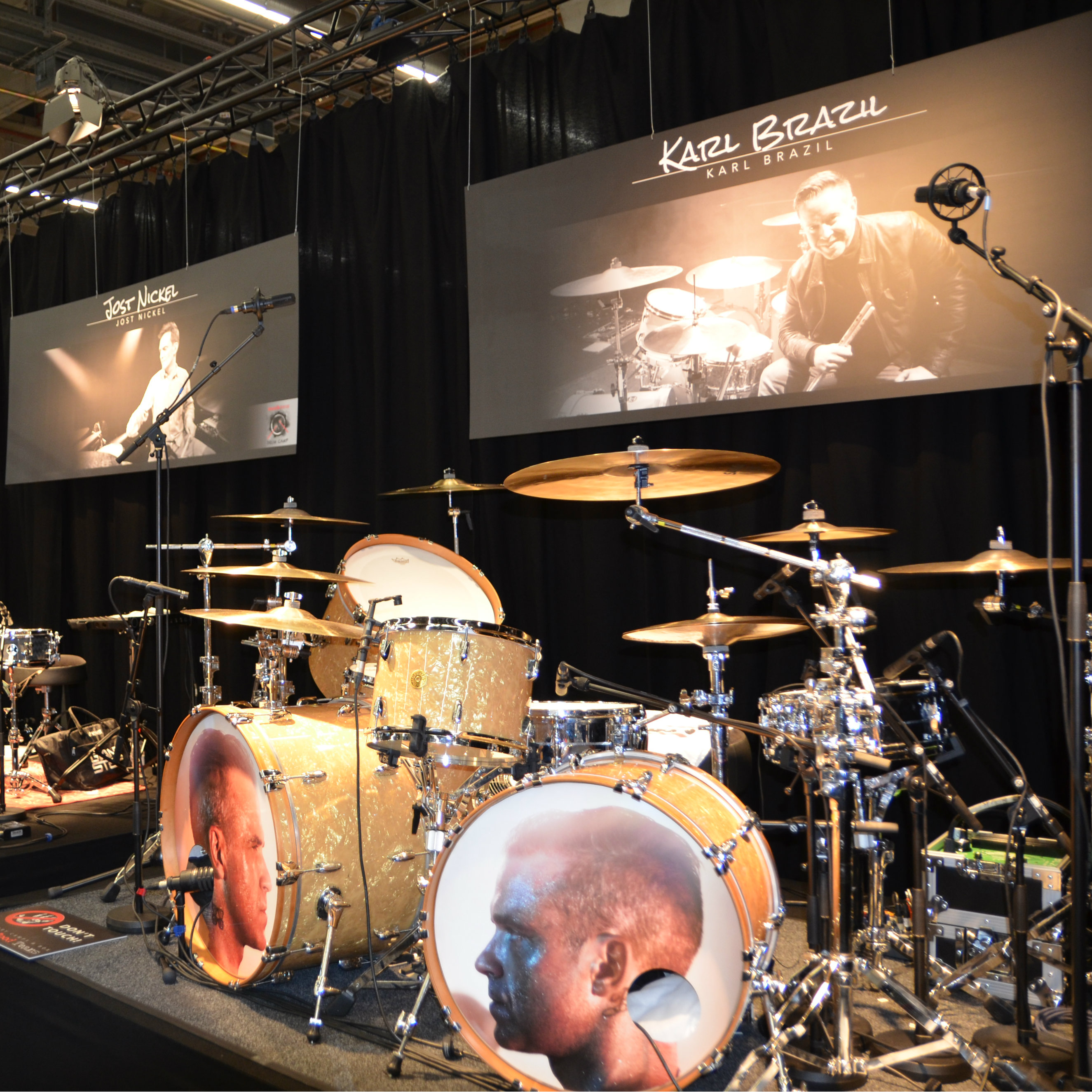 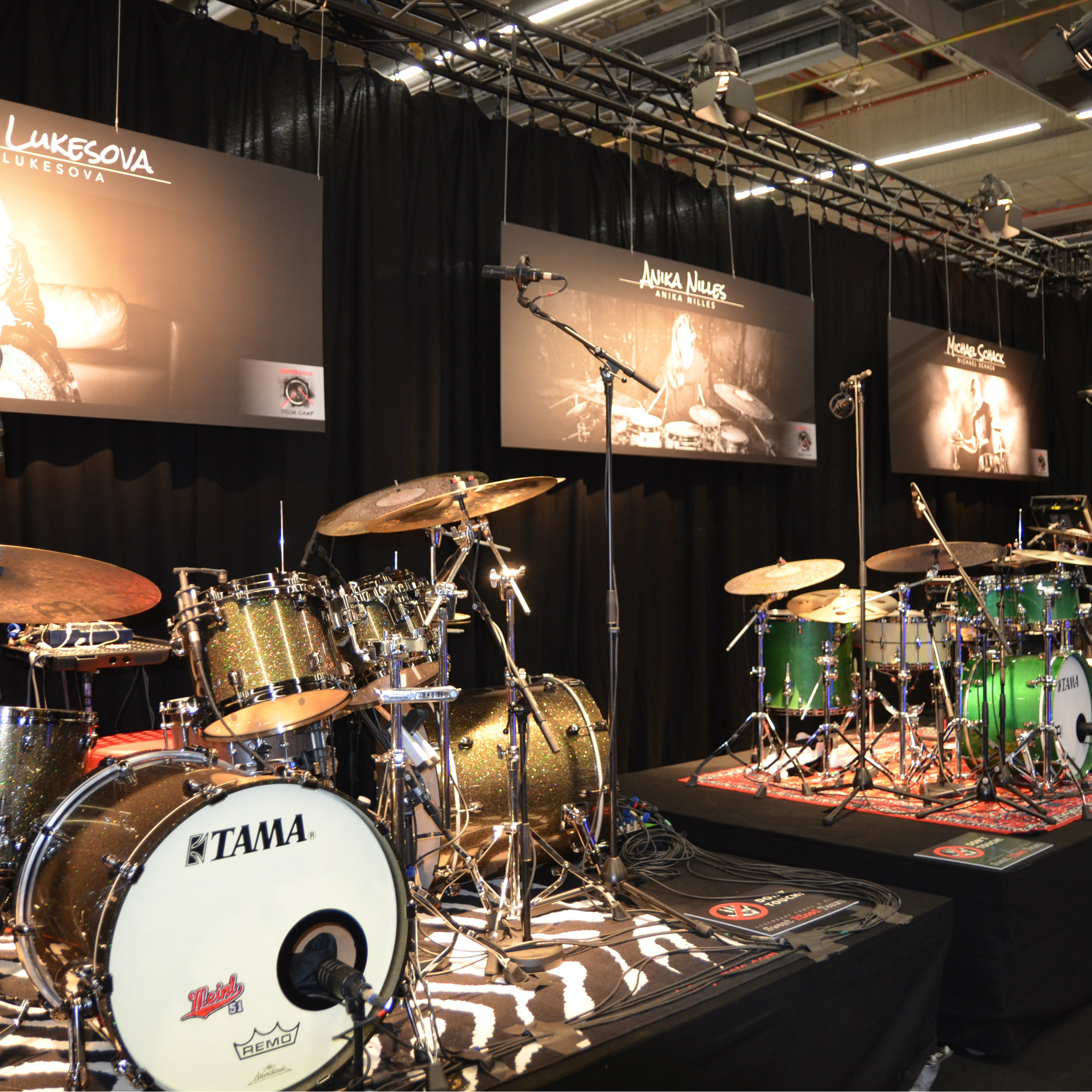 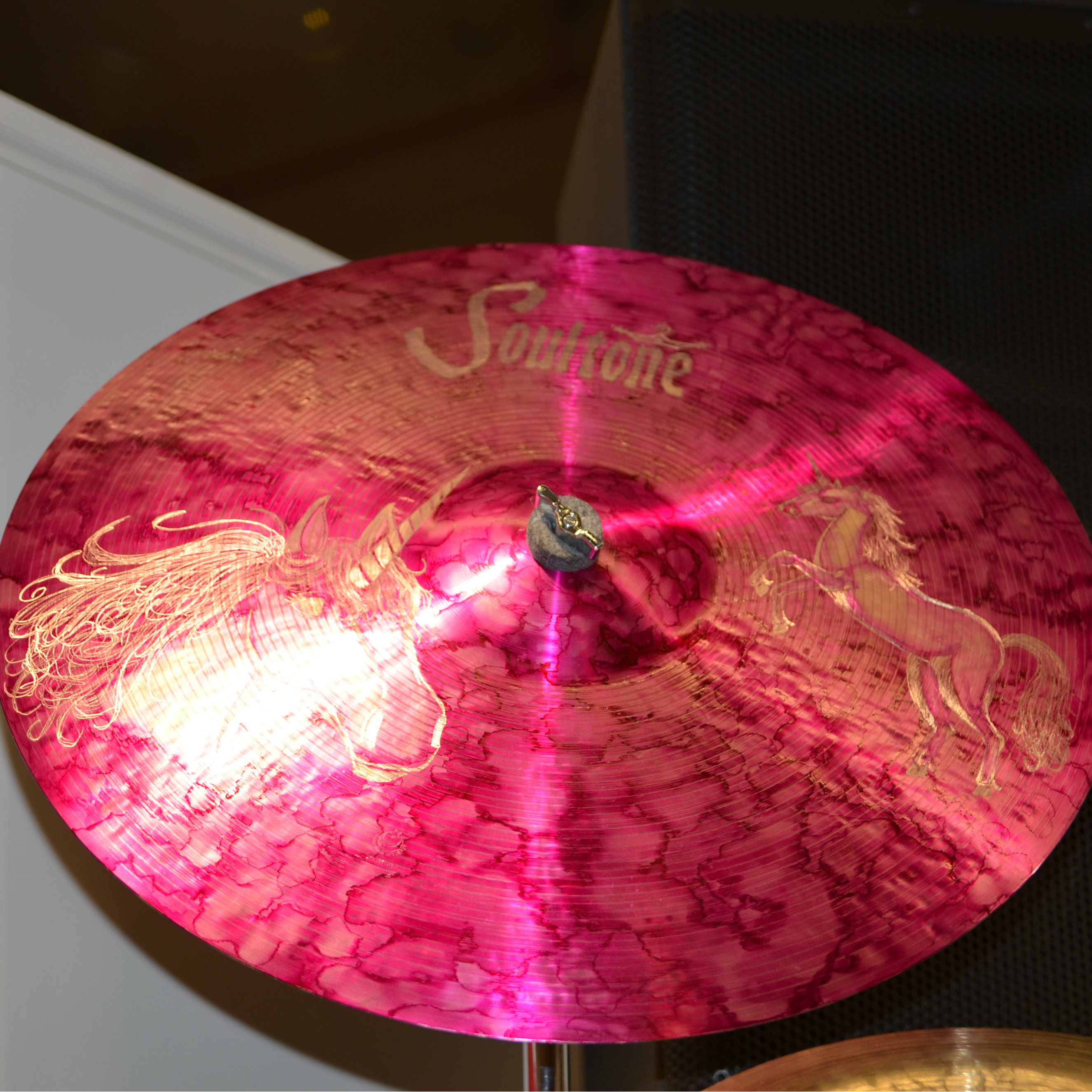 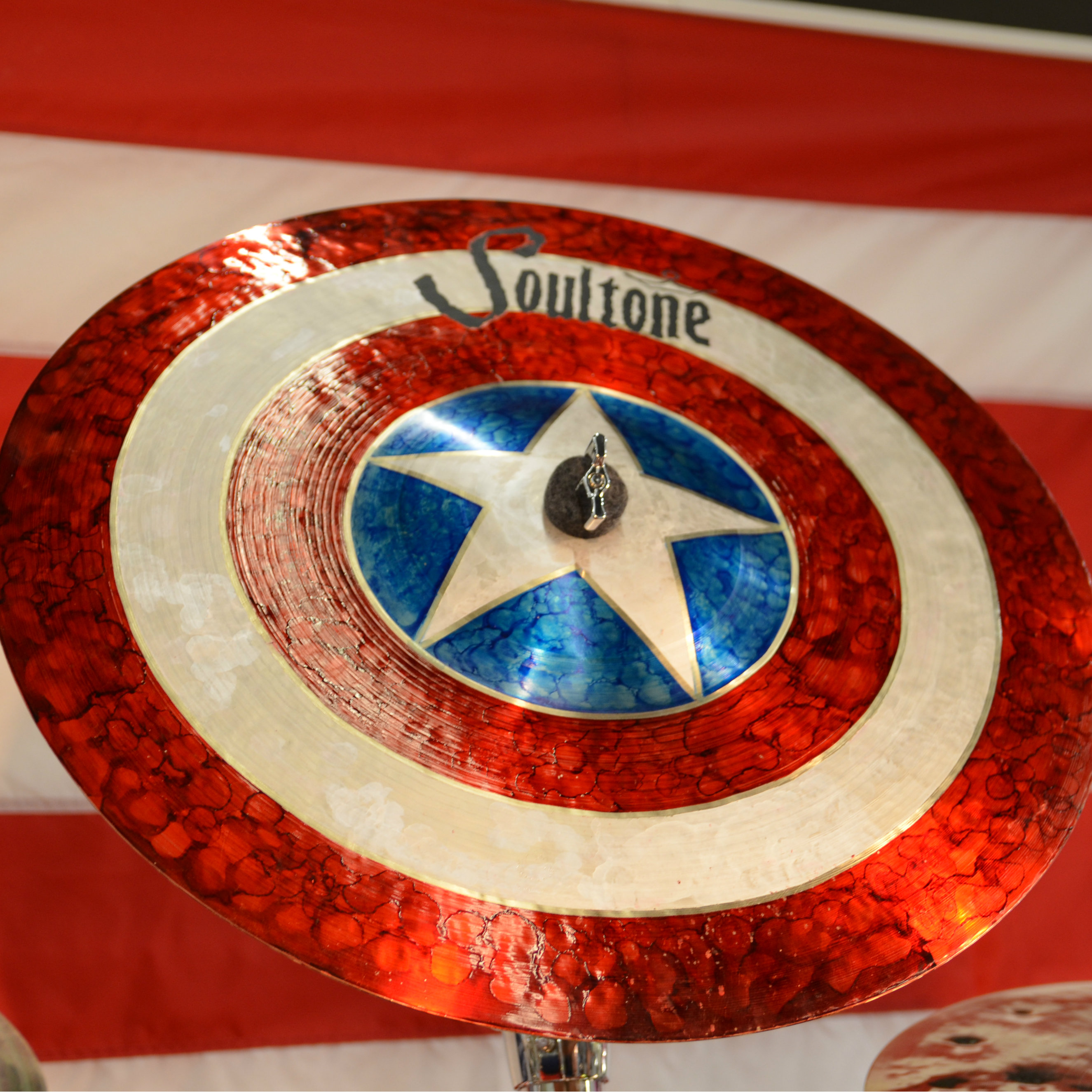 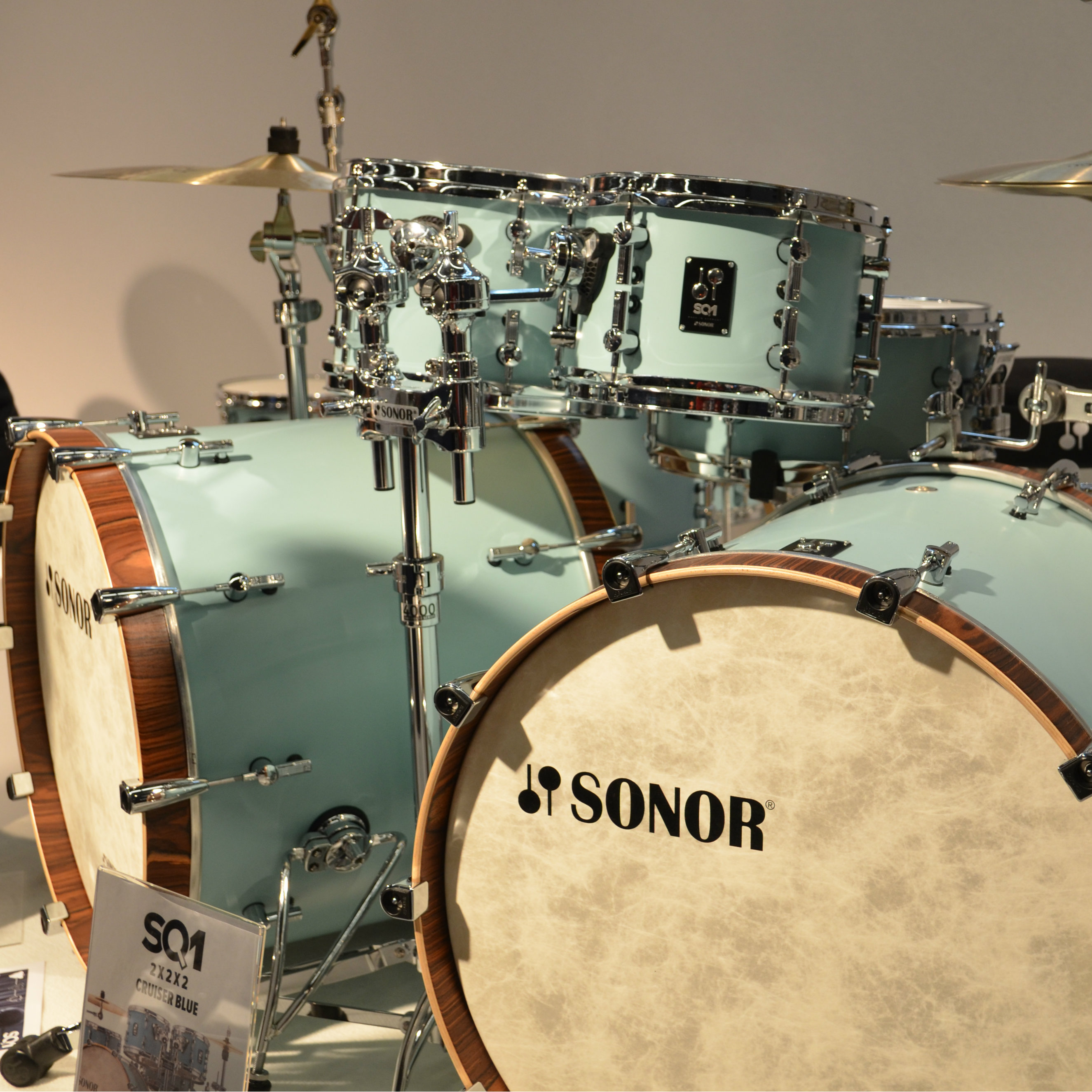 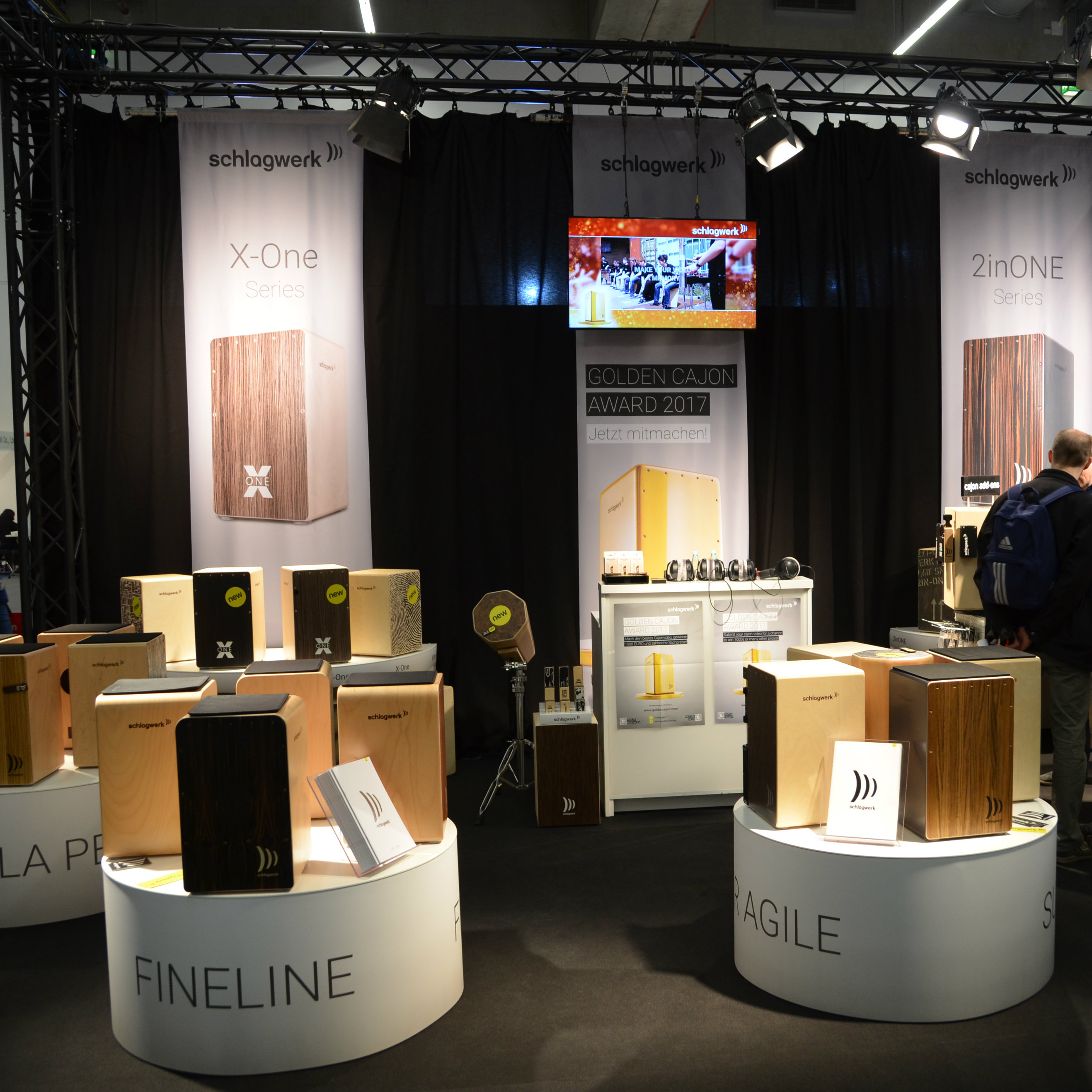 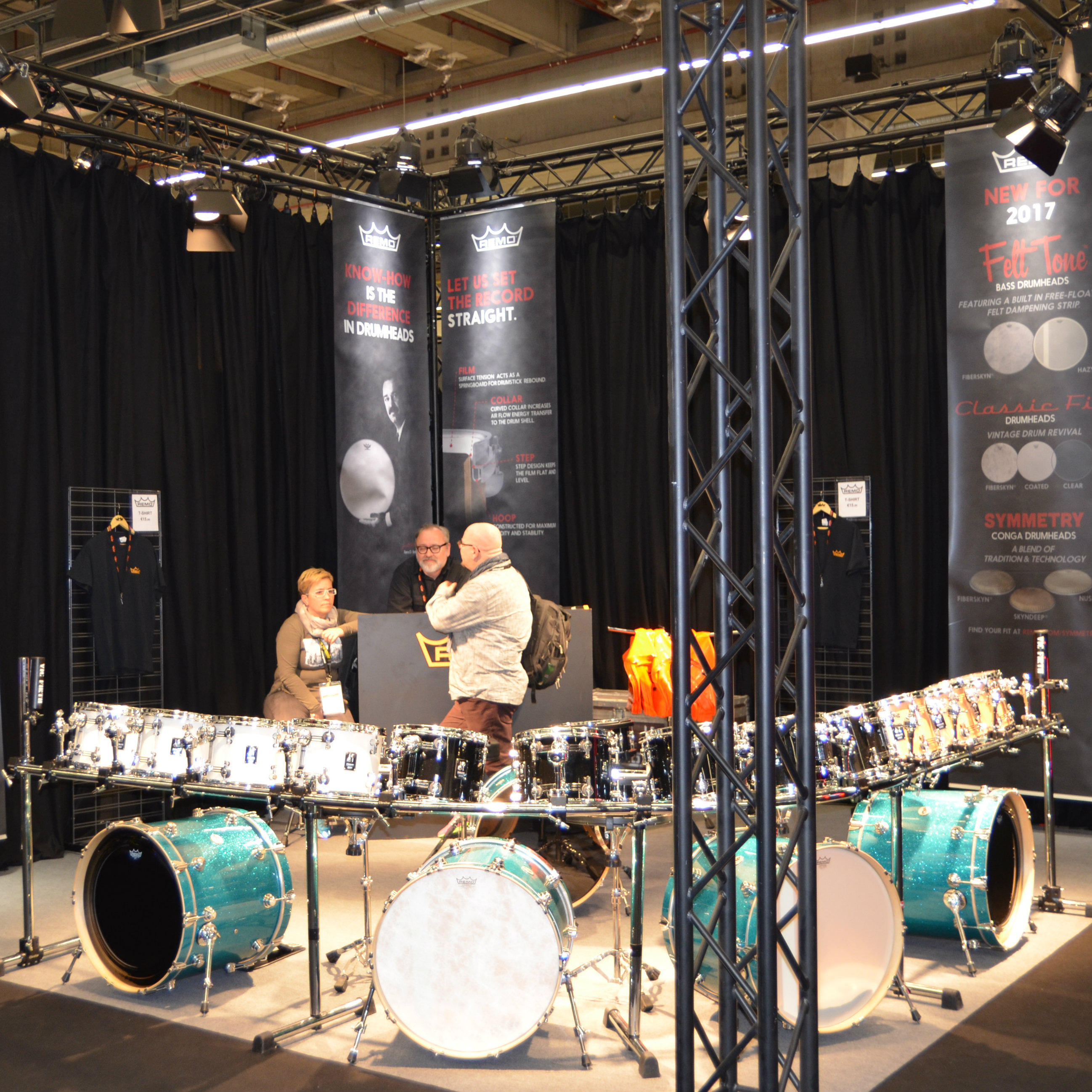 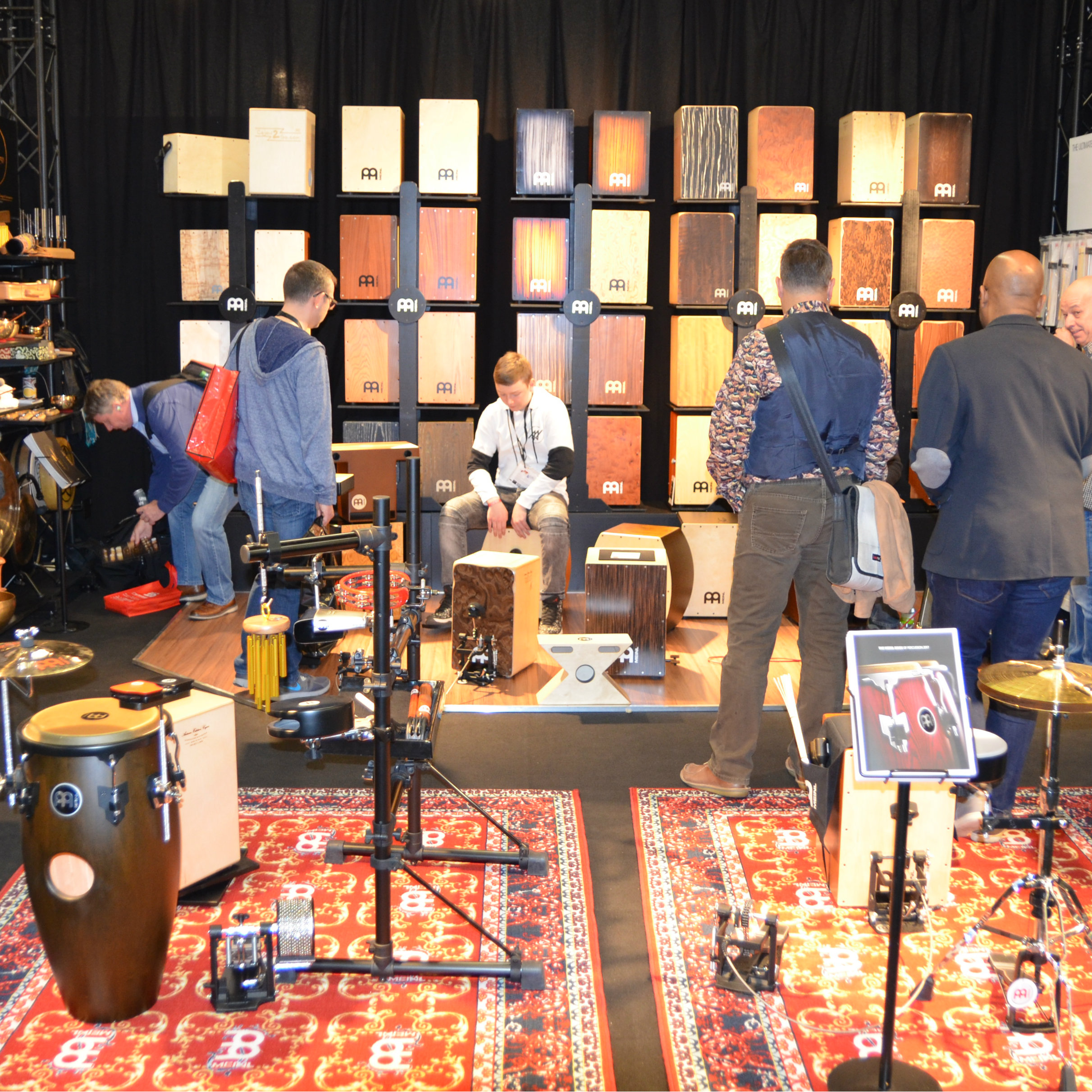 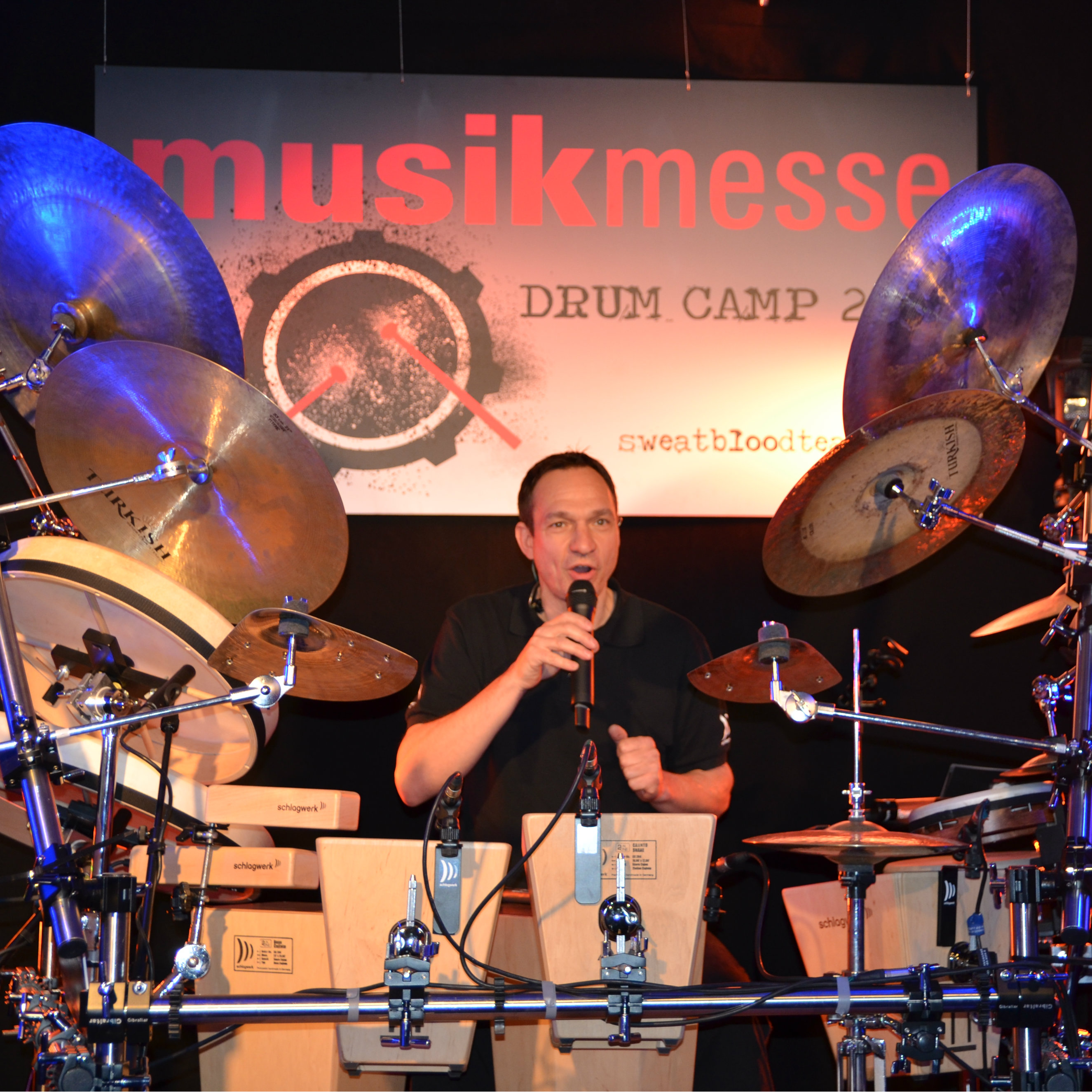 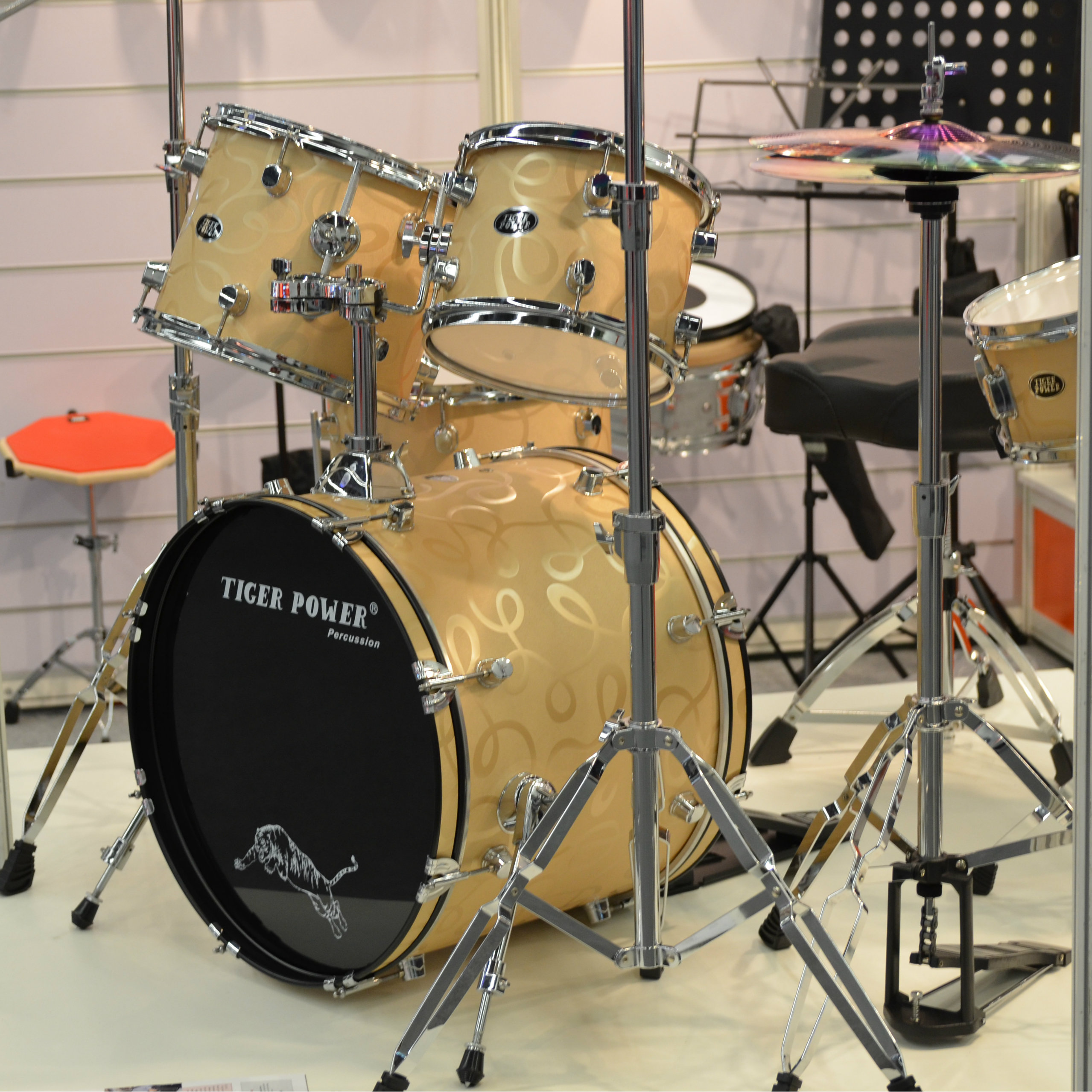 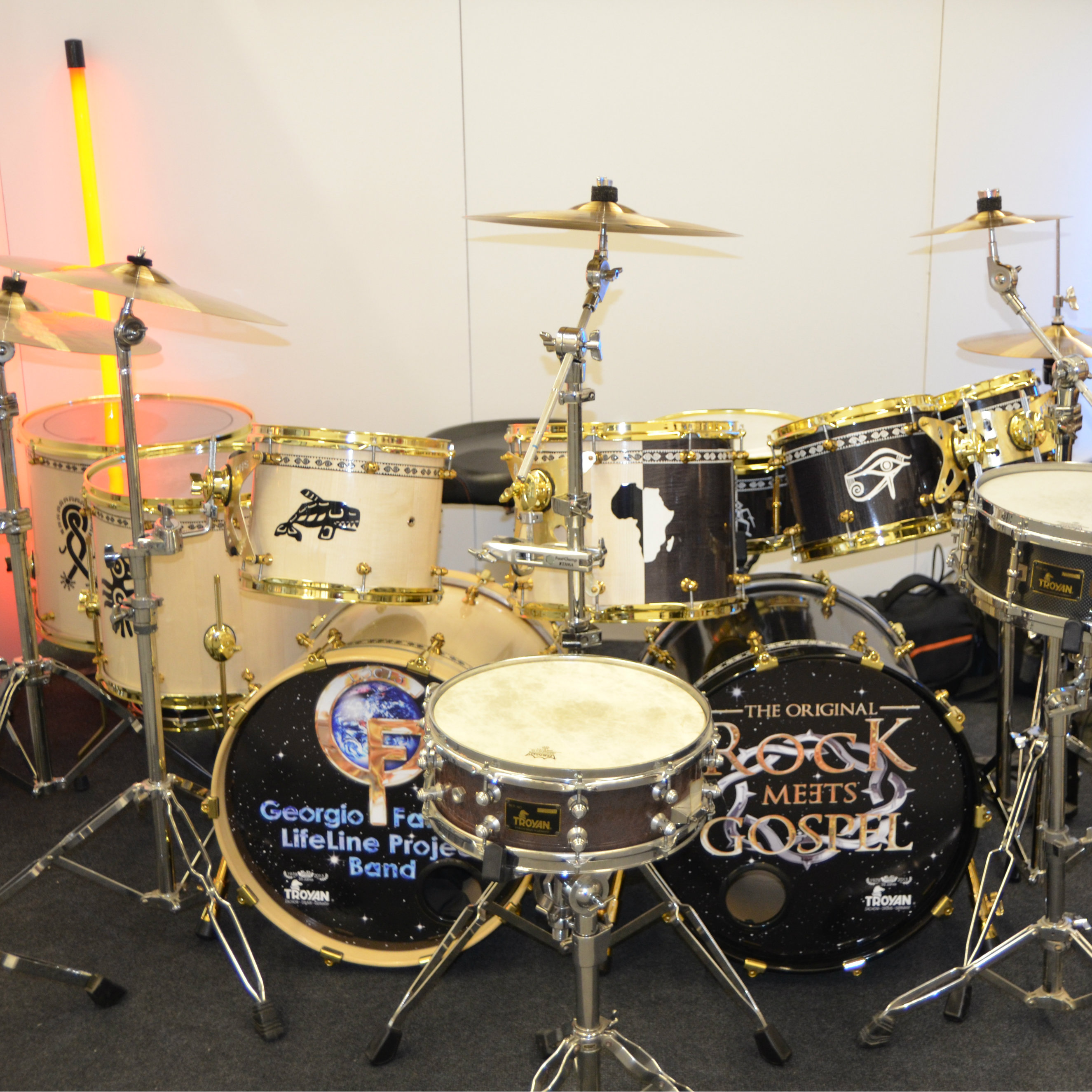 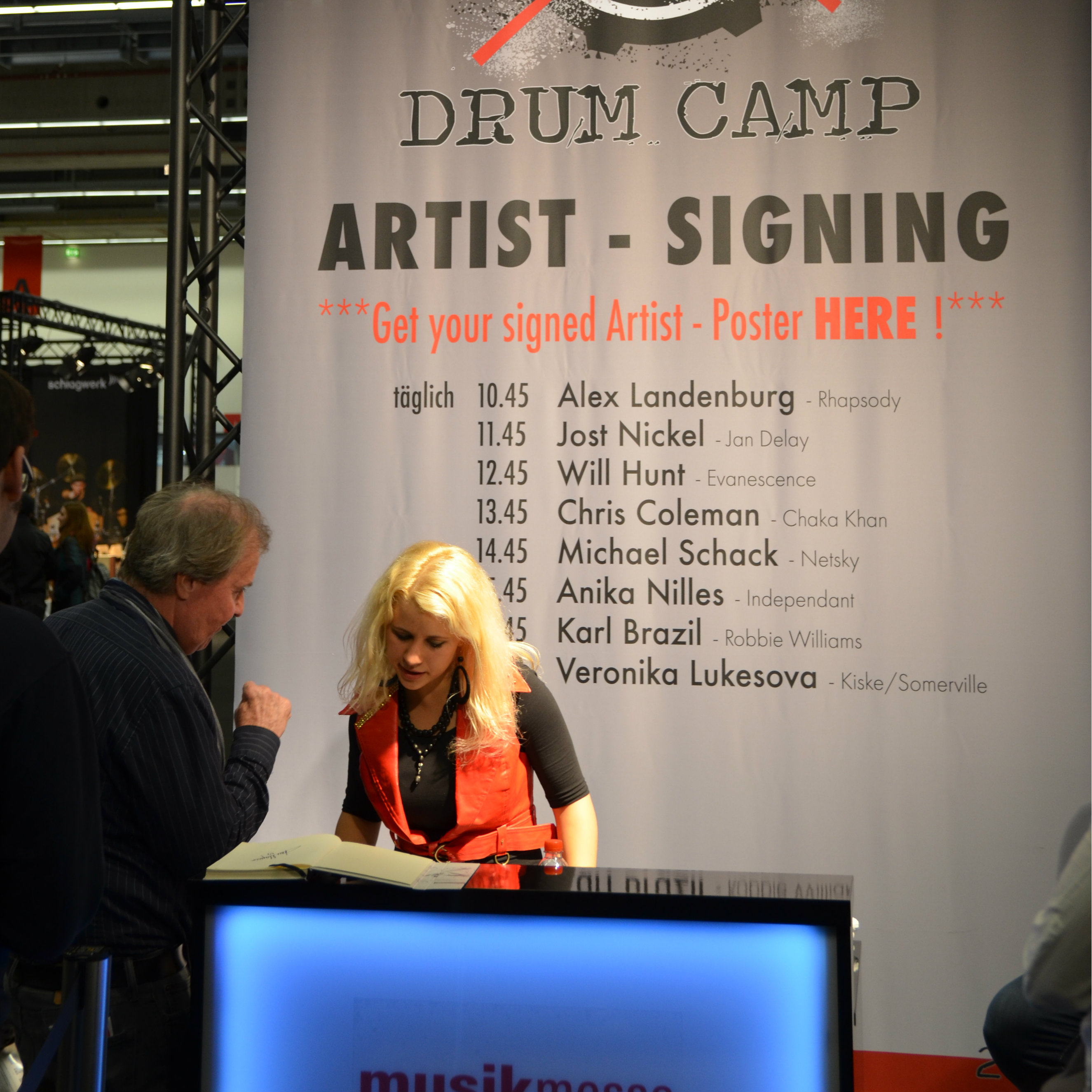 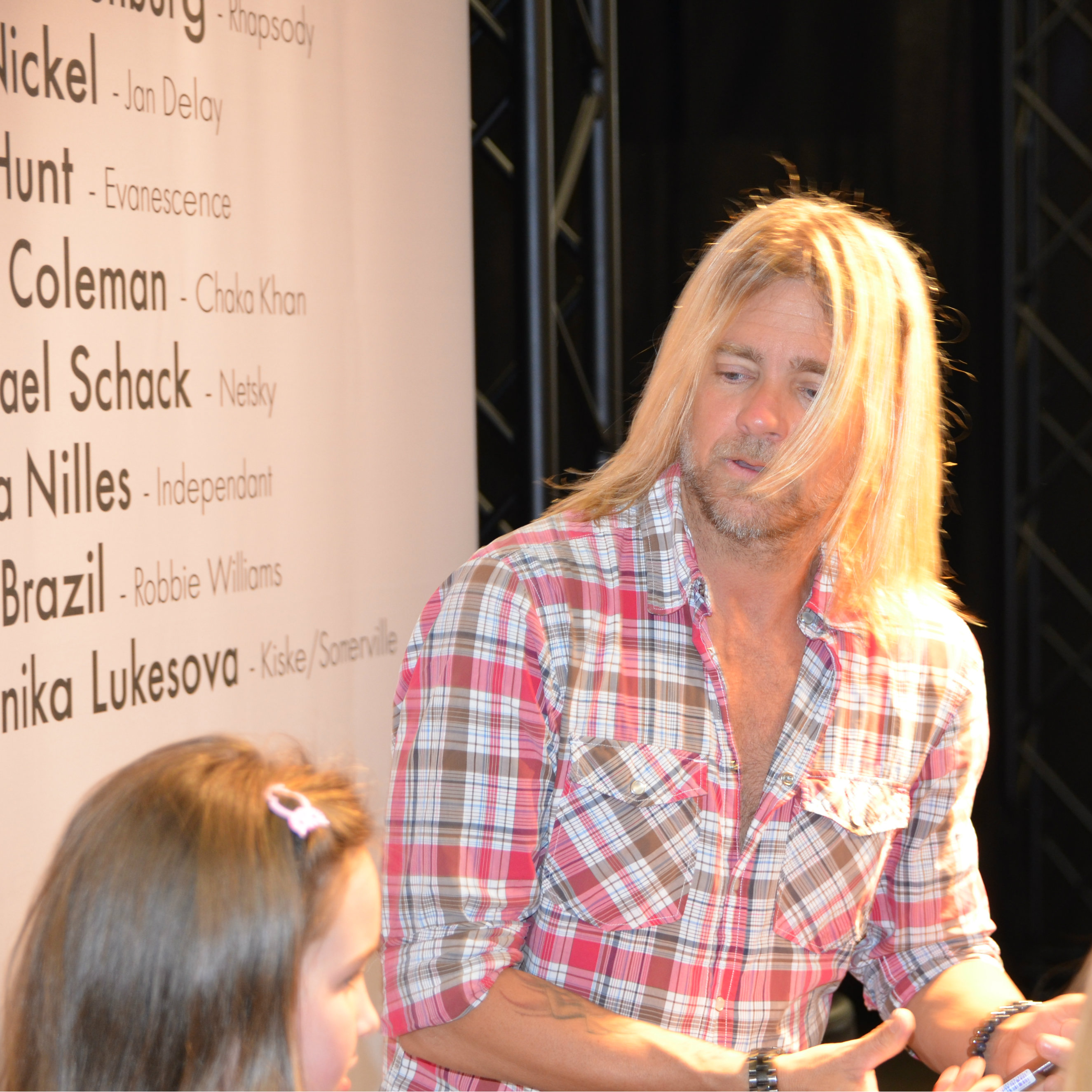 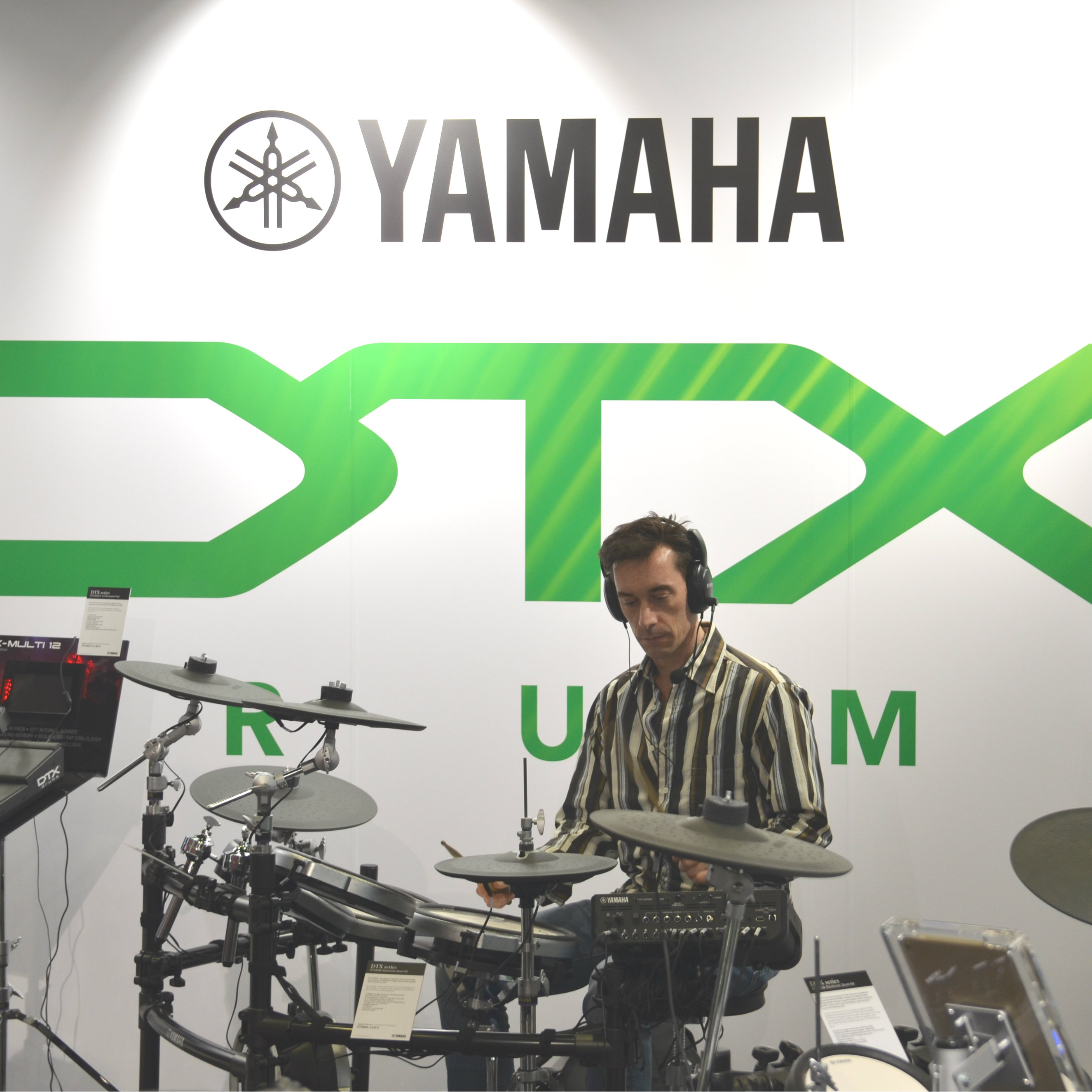 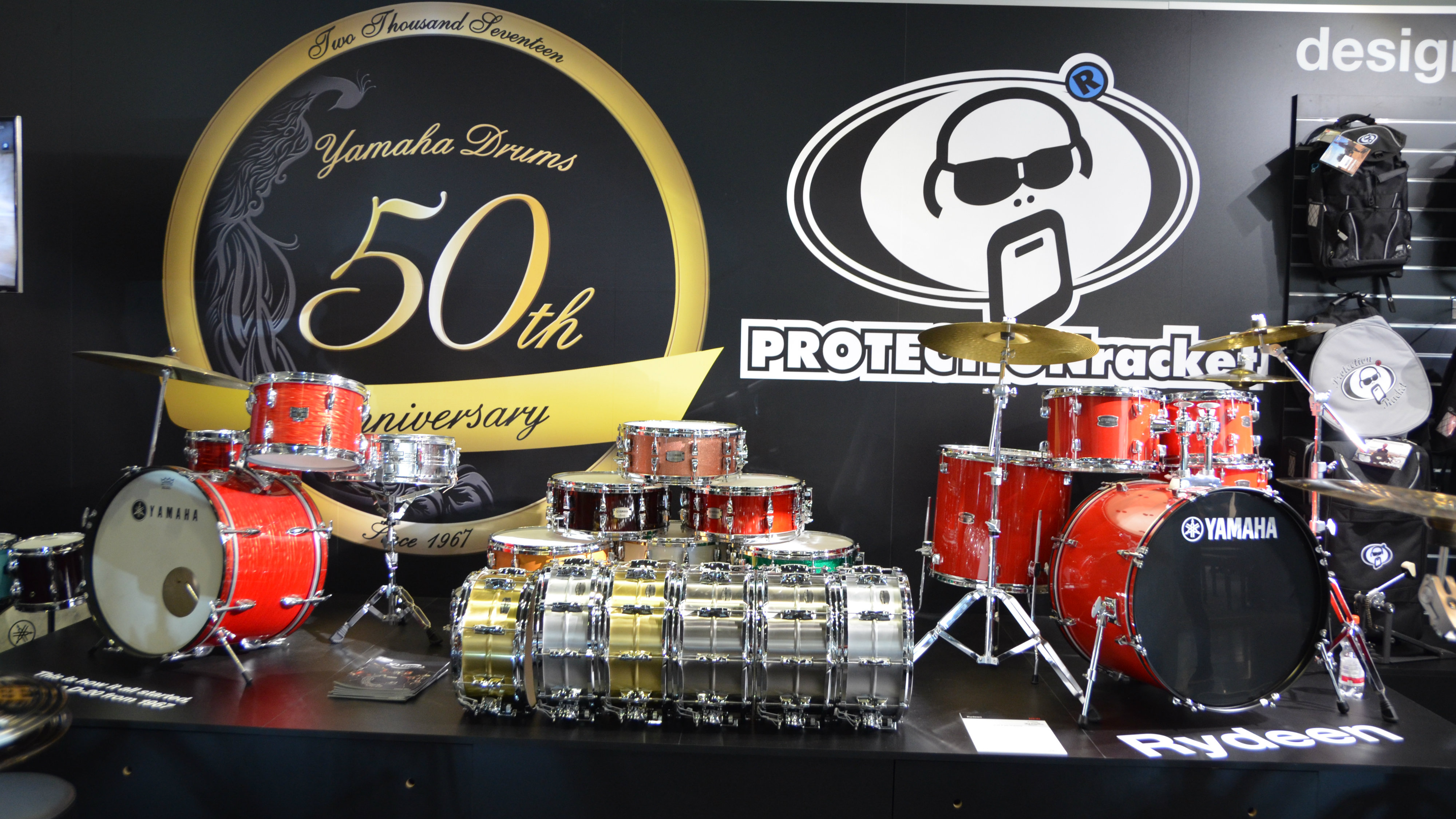 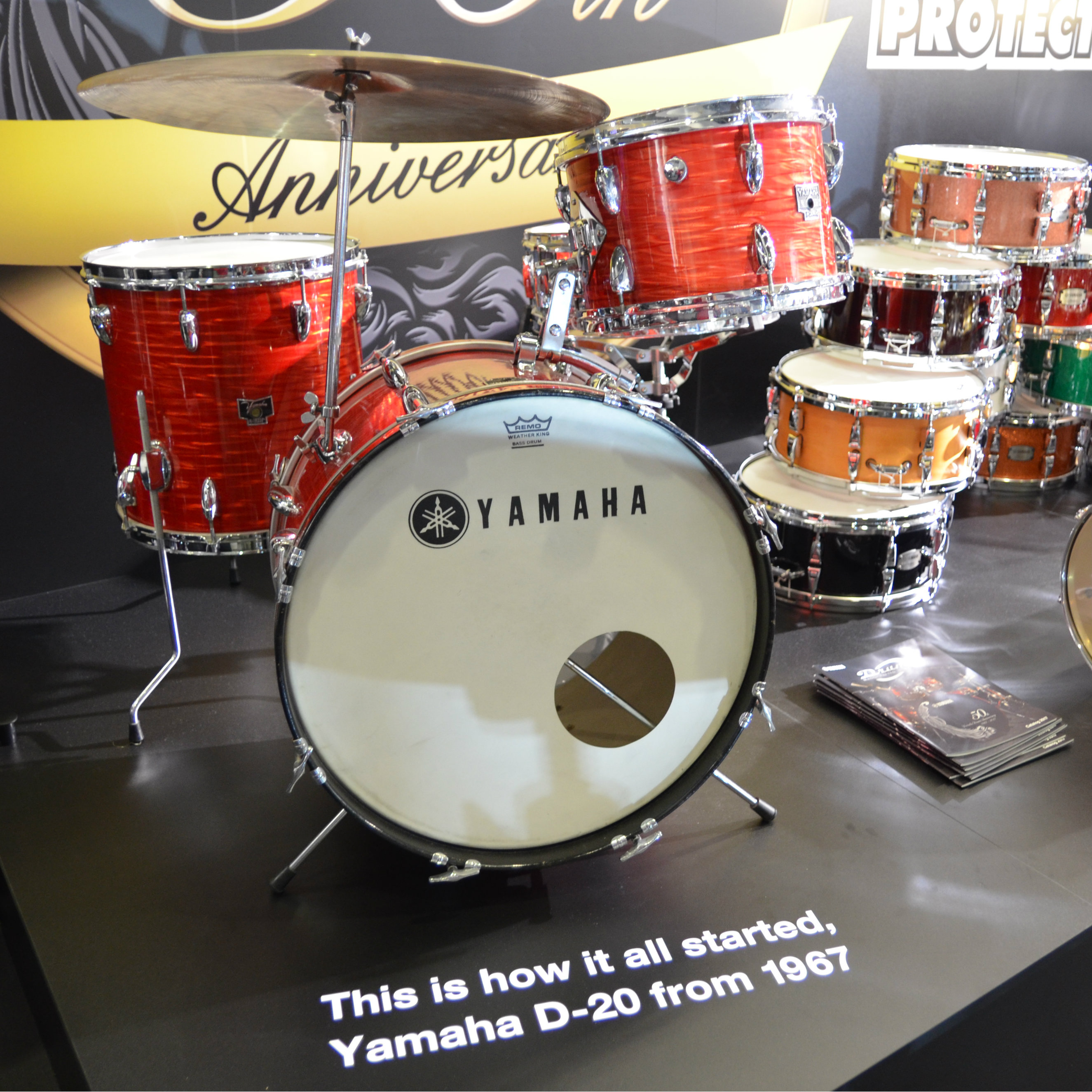