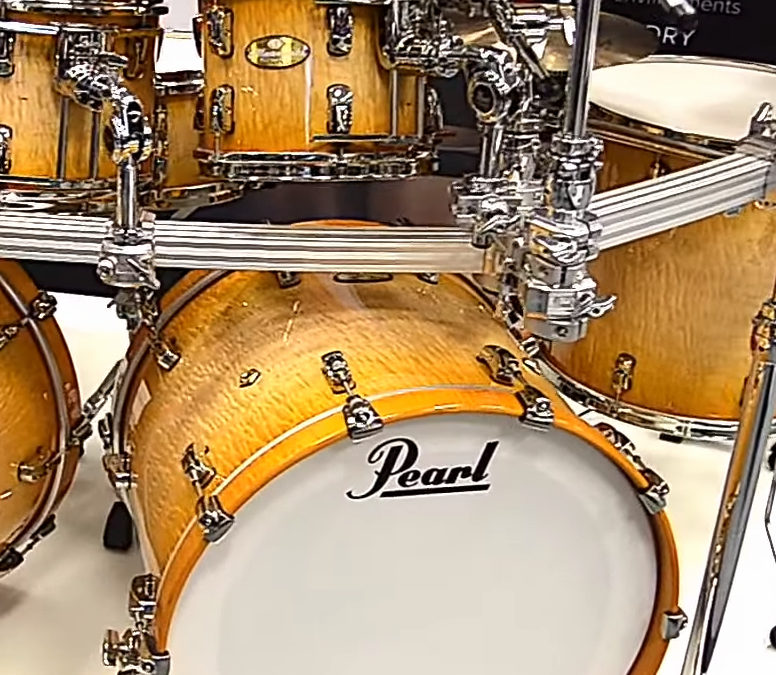 Having limited ourselves and our reports solely to drum-related (which is only natural) we can still say that all the greats operating in the drumming market (including PEARL), all those who count in this business and those who wish to achieve such a status attended NAMM 2017 as exhibitors. Also, we must not forget the artists who were present in Anaheim this year. Those included the likes of Steve Gadd, Steve Smith, Benny Greb, Vinnie Colaiuta, Mike Johnston, Danny Carey, Nicko McBrain, John JR Robinson, Daru Jones, Gregg Bissonette, Rick Latham, Mikkey Dee and, at Pearl booth, the great jazz and session drummer as well as the brand’s endorser – Marvin “Smitty” Smith.

In this installment of BeatIt’s report from NAMM Show 2017, we would like to show our viewers everything the Japanese power broker prepared for the event and thought was worthy of showcasing both for American and international business executives as well as plain drum maniacs. For that reason, you will see five models of the high-end flag kit from Pearl i.e. the Masterworks series. Those include Pearl Masterworks Studio, Stadium, Modern Dry, Urban and Heritage. In addition to that, our host and company representative will talk about the Pearl Decade (positioned as the company’s lowest pro kit), the new Rapid Lock hi hat clutch, as well as signature snares from Omar Hakim (Miles Davis, David Bowie, Sting, Madonna, Dire Straits, Bryan Ferry) and Eric Singer (Kiss, Alice Cooper, Black Sabbath, Gary Moore, Lita Ford).

Drummers and Drummerettes! See what PEARL had to offer during NAMM 2017 in Anaheim, CA!