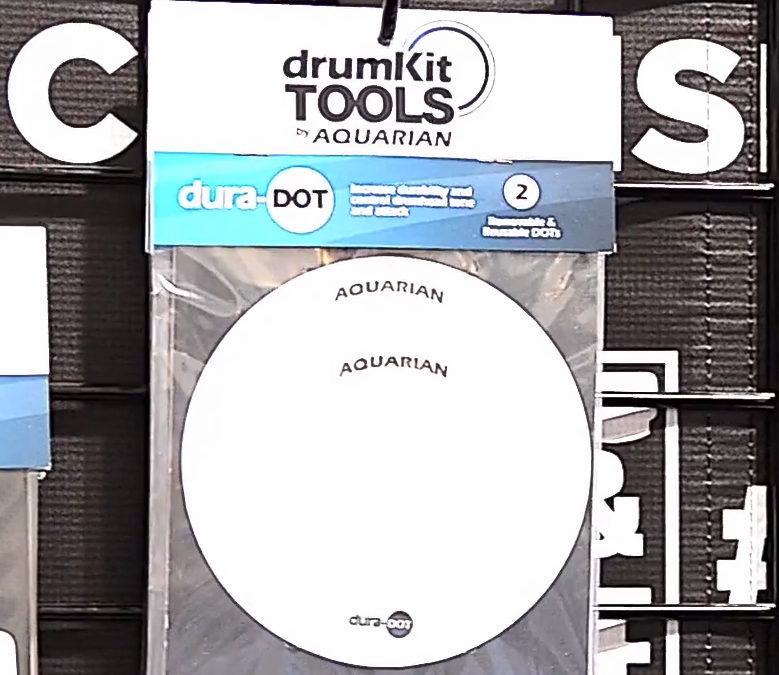 NAMM Show is the biggest and most important event of this type in the world. This statement doesn’t even need to be justified. Anybody who has anything to do with the music business knows it very well. The fact that representatives of virtually all the branches of the music industry, i.e. manufacturers of all musical instruments imaginable (including drums and percussion), PA systems, microphones, software or service providers attend the event each year. January is the month when the immense Anaheim Convention Center becomes home to thousands of exhibitors operating in every branch of the music industry and tens of thousands visitors. This year was no exception.

Having limited ourselves and our reports solely to drum-related (which is only natural) we can still say that all the great companies operating in the drumming market (DW, Pearl, Yamaha, Roland, Tama, Ludwig, Zildjian, Paiste, Sabian, Meinl, Vic Firth, Remo, Evans, AQUARIAN etc.), all those who count in this business (such as Istanbul Agop, Istanbul Mehmet, Aquarian, Craviotto) and those ventures that wish to achieve such a status (e.g. Diril, our countrymen from the Polyend company or Canada’s Headhunters) attended NAMM 2017 as exhibitors. Also, we must not forget the artists who were present in Anaheim this year. Those included the likes of Billy Cobham, Steve Gadd, Vinnie Colaiuta, Steve Smith, Benny Greb, Mike Johnston, Marvin ‘Smitty’ Smith, Danny Carey, Nicko McBrain, John JR Robinson, Daru Jones, Gregg Bissonette, Rick Latham, Mikkey Dee, Gergo Borlai, to name just a few. 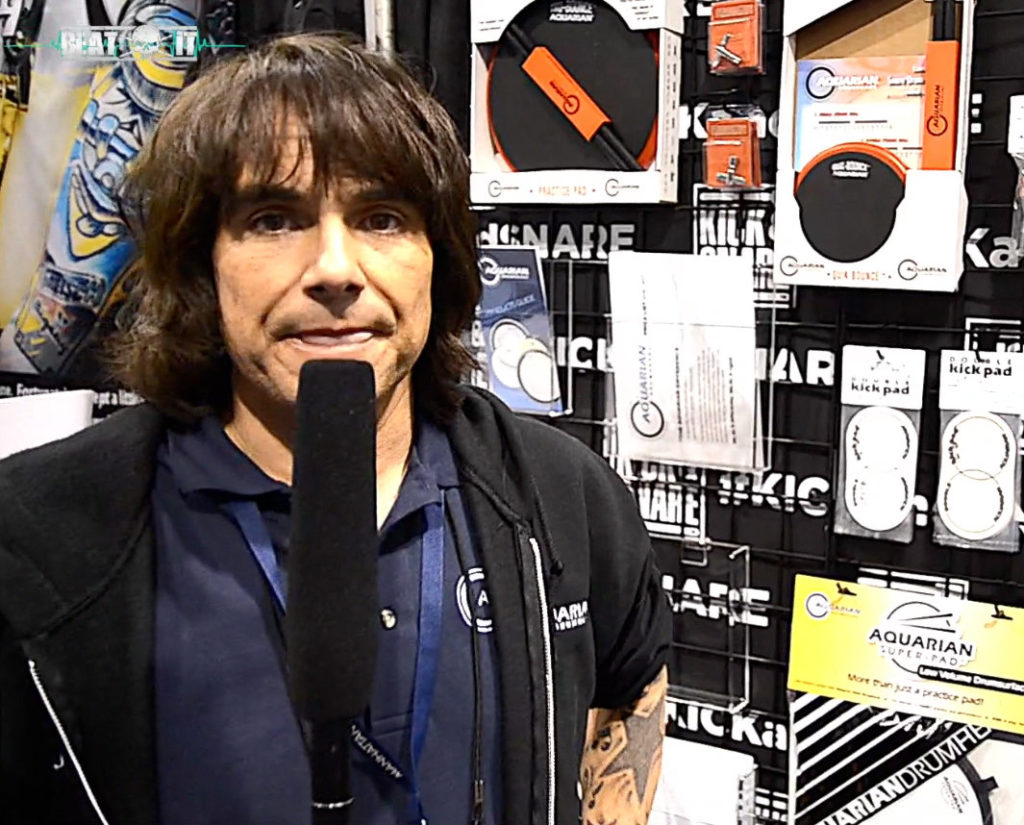 While visiting hundreds of booths and stands with drumming products at Anaheim Convention Center, we also stopped by at AQUARIAN – a well-known and widely respected manufacturer of drum heads and accessories. Our host and guide talking us through the compnay’s numerous new products for 2017 is Jamie Harris – National (US) Sales Manager. He will tell you all about the new practice pads (the QUIK-BOUNCE and the Super-Pad), the drum key with a magnet in (called the MagnaKey), reusable drum head strengthening patches called the Dura-DOT, reusable drum head dampening patches (called the t-TAB), the kick-PATCH (a tunable patch to fix a broken bas drum head), the Aquarian Reflector Series heads (co-designed by Eric Moore), as well as the Limited Edition Commemorative Buddy Rich Signature Snare Drum Head (TCBR14).

Drummers and Drummerettes! Here is what’s new from AQUARIAN brand for this year! Straight from NAMM Show 2017!