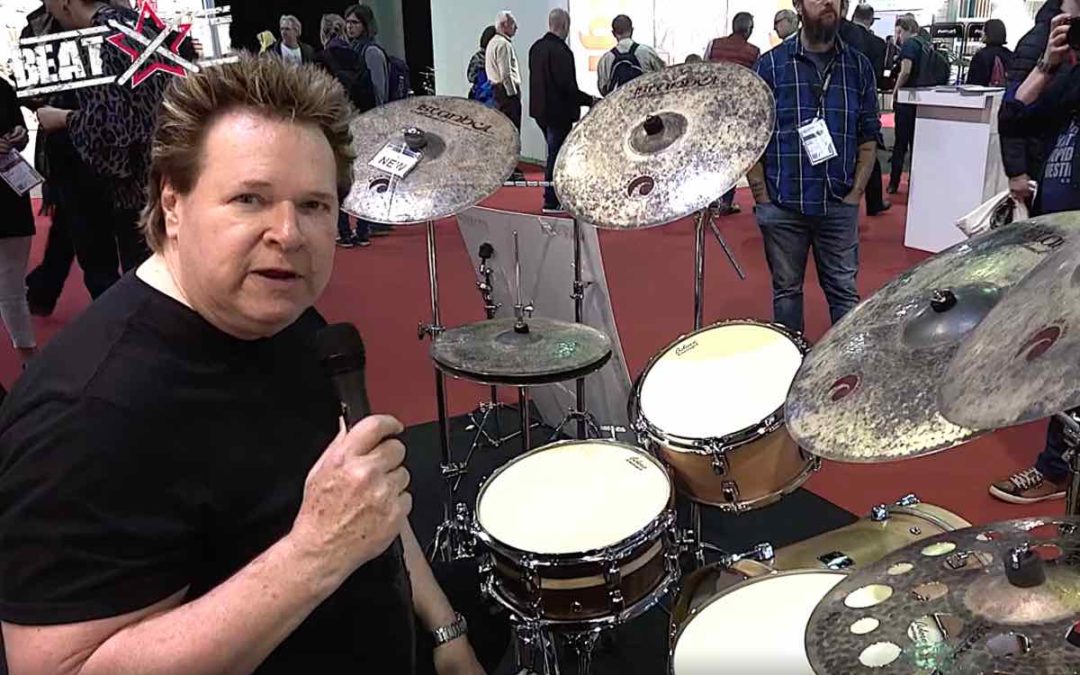 In the first week of April, the Fairgrounds in Frankfurt am Main saw yet another edition of the Musikmesse trade show, which has been held there for nearly 40 years. It was the seventh edition en.beatit.tv attended, so we think we have some kind of a comparative scale. We can safely say that, from the point of view of drums, there was practically nothing to report from the messe. The combined efforts of the renowned classical instruments maker Bergerault, four cymbal manufacturers out of Turkey (Amedia, Bosphorus, Istanbul Mehmet, Turkish) along with their roster artists, a few booths occupied by small companies (e. g. the producer of nifty triggers called TrigMic) as well as all kinds of Chinese equipment can hardly be called a “Drum Hall”. It has been shared with brass instruments for a few years now anyway, and this year also with bass gear makers (what a sight NOT to see…). The competitors of the four cymbal companies were nowhere to be seen, and as far as drum companies or snare builders it was even worse. It is not our ambition to analyze the reasons for the situation – it is merely a statement of fact. It may be a temporary situation or the opposite – the end of the event in the form we have known so far (especially given there is more and more talk of the Music Park show to be held in Leipzig, Germany later this year).

One of the positive exceptions at the event was Istanbul Mehmet‘s booth, which was no different than in the previous, golden years of the Musikmesse. As always at Mehmet’s stand, one could encounter our good friend Rick Latham, who every once in a while would lay funky and blues grooves in the way only he can. The man also presented the new cymbal series for us: the Istanbul Mehmet Black Sea 1623. 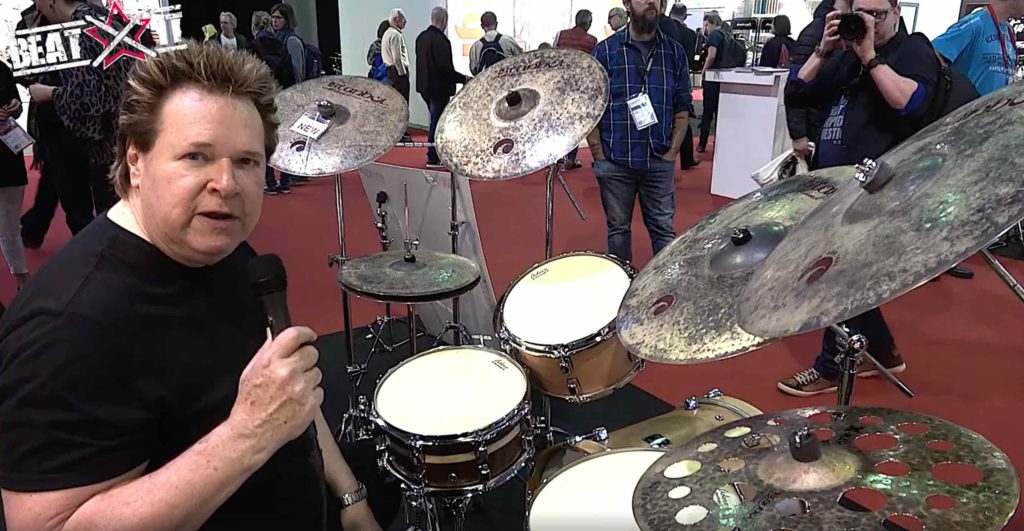 “Rick Latham here at the Frankfurt Musikmesse 2019. I’m showing the new Istanbul Mehmet Black Sea 1623 series. Very dry and dark, like I like of course. Those who know me know I like a very dark and dry sound. Let me play them a little bit and then we can talk about them some more. You can see they’re very dry. I like the hats quite a bit. They’re making a limited series right now: 22” and 20” rides, 16” and 18” crashes and 14” hi hats. I like them very dry and dark and I think they work for different styles of music, but especially for R&B, rock, and jazz. I’ll play some more so you can see them in a couple of styles. I’m also using one of the X-Rays, which I really like a lot, too. I use those for different effects, they come in a lot of different sizes. You guys can take some shots of that later – anywhere from splashes to crashes. So I like the Istanbul Mehmet X-Ray a lot as well. Istanbul Mehmet Black Sea 1623. See ya!“