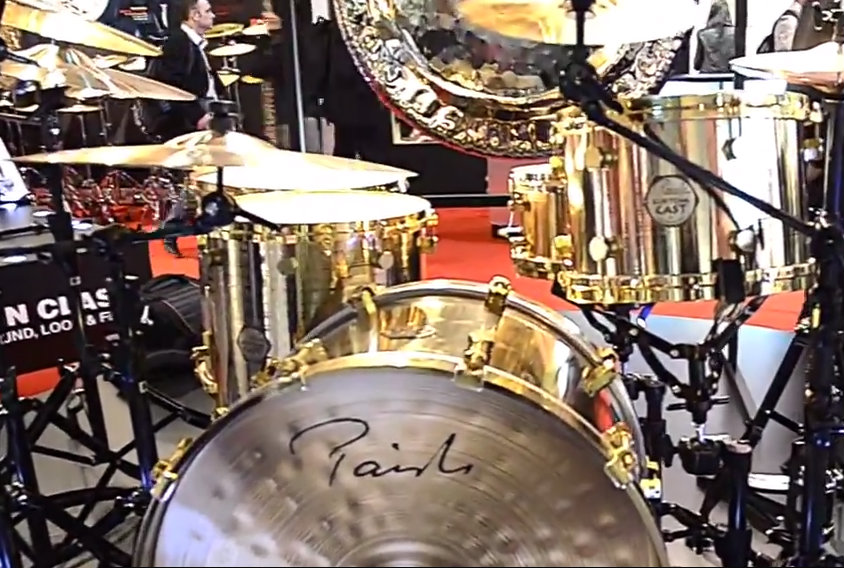 Here is a short little clip, in which Christian Wenzel – Artist Relations Manager at Paiste – presents a bronze drum kit used by Danny Carey of Tool.