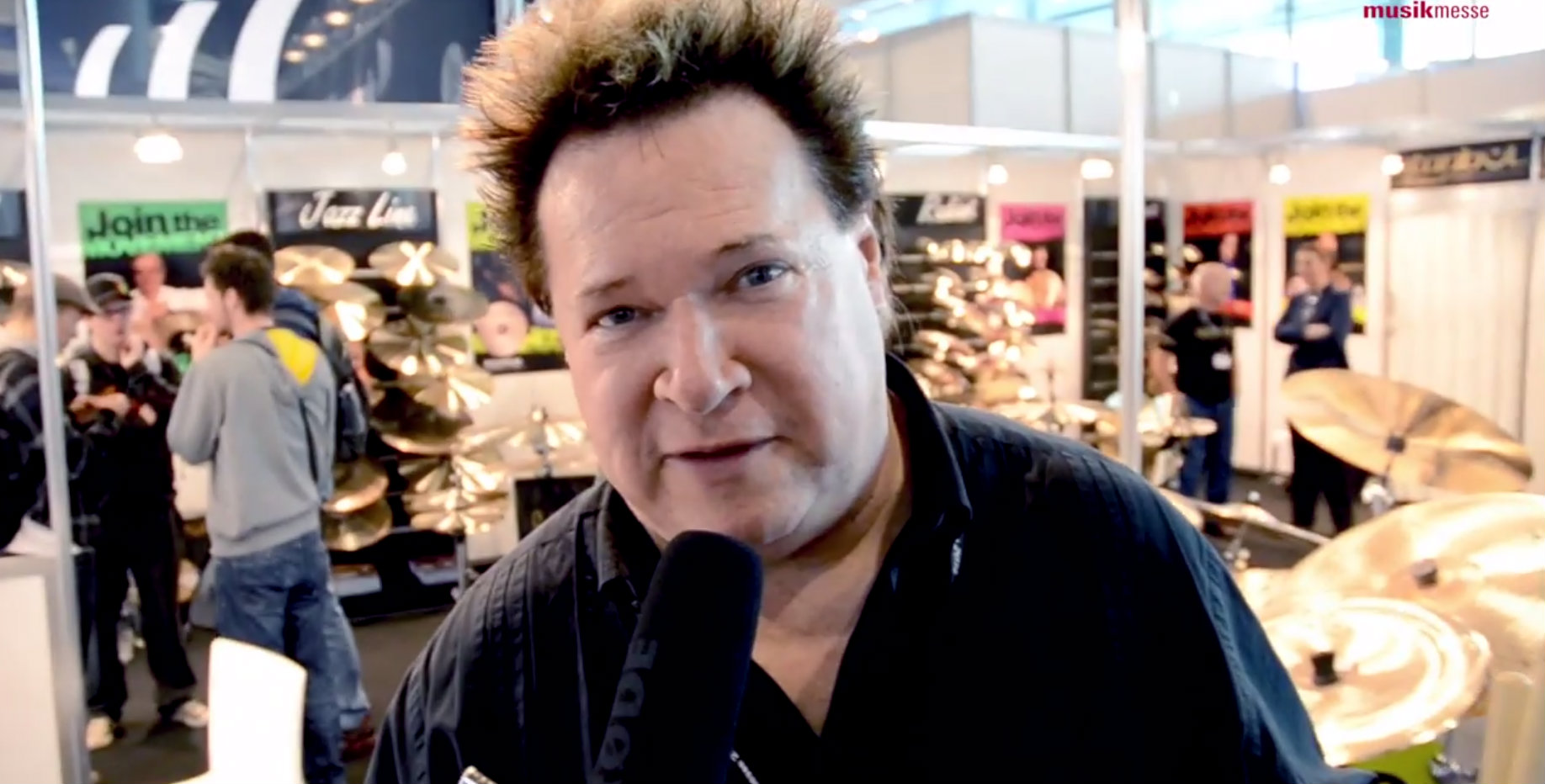 Here is a miniature clip from the Istanbul Mehmet stand, where the world-famous educator and drummer Rick Latham improvises to Michael Zildjian hammering a cymbal.