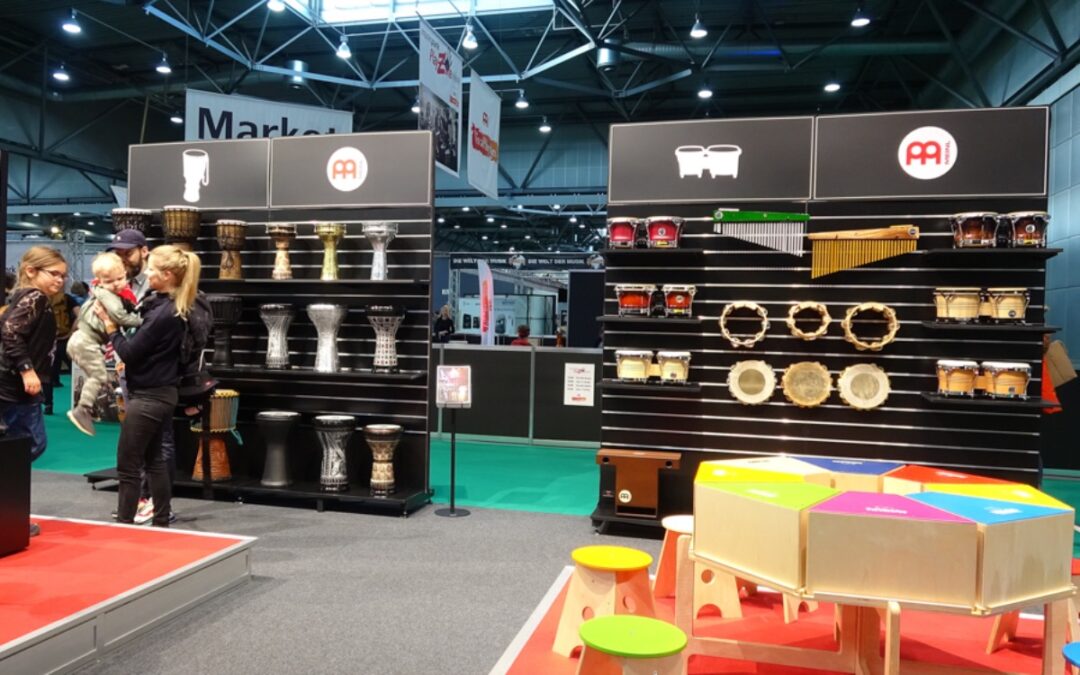 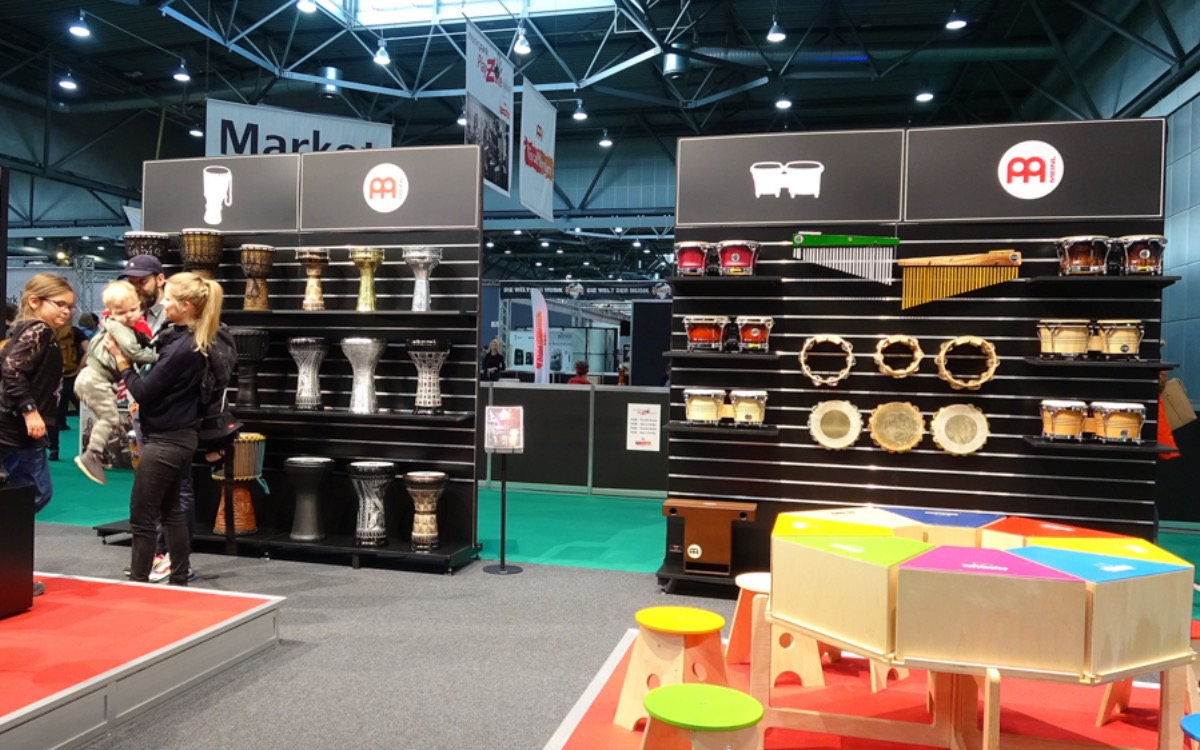 One of the companies that did not fail was Meinl Percussion. Take a look at what they had to show at the event…

“Hey guys! We’re at the Meinl Percussion booth, Hall 2 at Musicpark Leipzig. We have a lot of beautiful instruments here.

To my left, you can see congas and cajons from the Artisan line, which is the high-end line of Meinl cajons. To my right, you have percussion for children, e. g. the Classroom Cajon. About 8 children can play it at the same time and have a kind of drum circle together. To the right, there is a lot of percussion instruments for children. The frog. Maybe you know it. Of course, all the percussion instruments for kids are smaller.

Then, there are Latin percussion instruments like: bongos, the Meinl patented Slap Top Cajon, which is for more upright playing. You put it between your legs – the bass is in the middle and the slap is outside. You sit on a chair, sit in an upright position, not slouching like with other cajons. These tambourines are also from the Artisan line, which is the high-end line of Meinl Percussion.

To my left, we have djembes, darbukas and doumbeks. These are instruments from the Middle East, djembes are from Africa. The special thing here is that we have some instruments made from fibre, which produces a much higher pitch than a classic djembe. The traditional djembe made from wood and with a natural head sounds like this…

We have instruments for every percussion player from children all the way up to professional artists. Here is the king of our cajons. It’s about 1200 euros and it’s manufactured completely by hand in Spain by Pepote Percussion. José “Pepote” Hernández Diaz is a cajon master builder.“