Most Overrated Drummers Of All Time 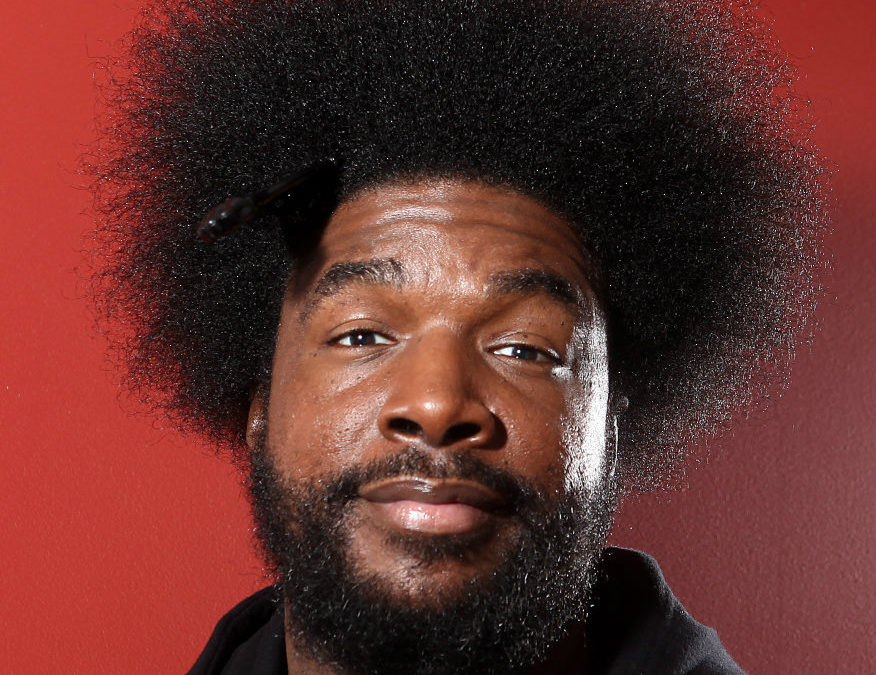 Every drummer has an inspiration, some kind of father figure, which helped him or her at the beginning of the adventure with drums. Idols will be protected by their followers, and it’s natural. We are thankful for the inspiration, progress and all these emotion, when we saw our drum hero live. There is a professional bassist, Reuben Levy, who has recently prepared a list of drummers. Most overrated ones. It’s based on his long time experience as the musician, work with many drummers, and his love for drums. Let’s be honest. It’s pretty controversial, and that’s why we want to share it with you. Long story short- take a look at it! 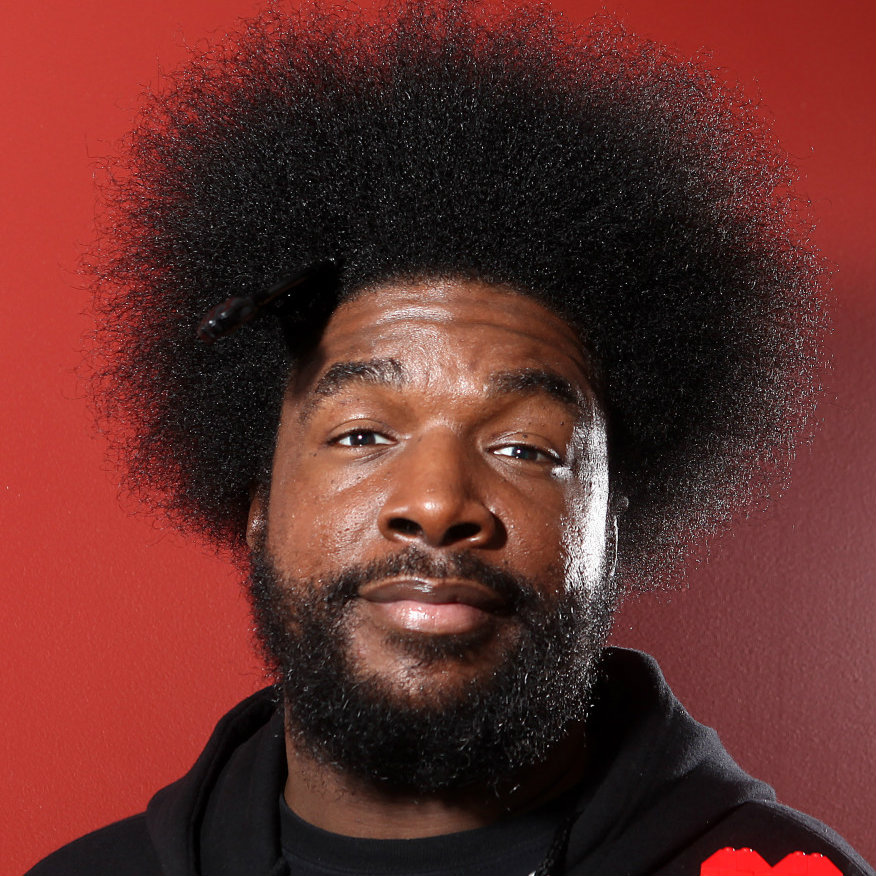 “Somehow this guy has been granted entry into the pantheon of all-time drummers – a total mystery. His generic hip-hop feel, dearth of fills and ass-less snare sound, thins out every track he’s on. Where’s the goddamned bottom end? He’s what I refer to as a tapper – no power, man. He really needs to change his name from Questlove to Tappy McTapperston. The most interesting thing about him is the Goody hair pick in his ‘fro.” 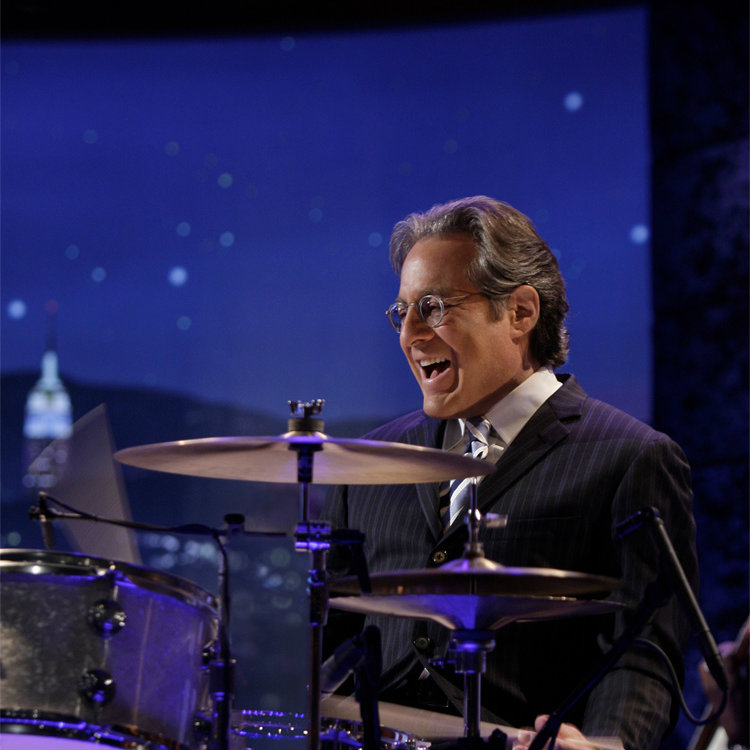 “His samey same, snare-heavy four on the floor was fine the first million times we heard it. A musician is supposed to stretch, try new feels, riffs and approaches. Max has been stuck in the same groove since Born to Run. Yet, he’s regarded as one of rock’s greatest of all time. He’s the drumming equivalent of a peanut butter sandwich.”

“Gadd is an undeniably gifted drummer, but he’s dipped into the same bag of tricks his entire career. He’s got the “Aja” sixteenth-note triplet fill, the stutter shuffle – his variation on Bernard Purdie — the snare roll stuff he first showed us on “Fifty Ways to Leave Your Lover,” and all that generic samba crapola. Like I said– he’s good…but he is without a doubt overrated. He keeps returning to his old standby crutches like a dog returneth to his own vomit. His metronome feel is more robot than human…there’s no air in between the notes.” 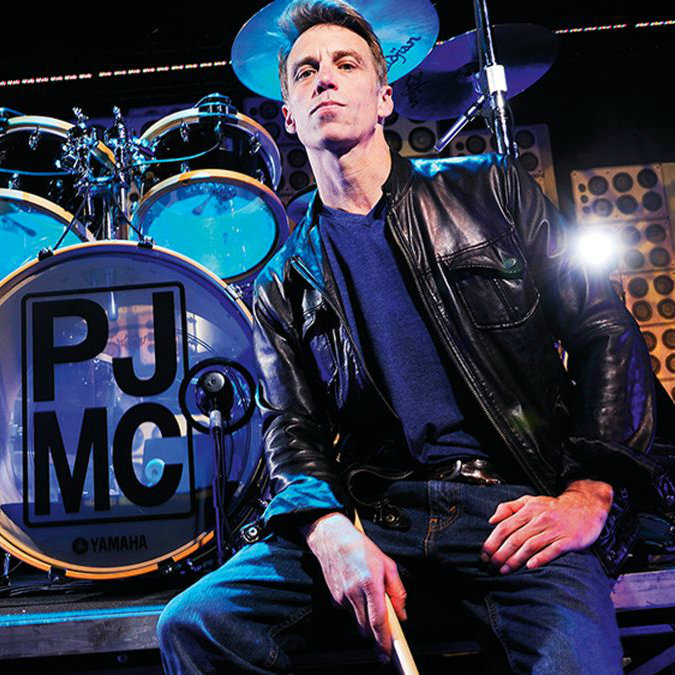 “Always a middling player, neither here nor there. He never laid down an adequate groove, his fills are underwhelming and he constantly hangs from the bottom of the beat like a goddamned junebug on a windshield wiper. Now, some people might enjoy that draggy feel, but for me it’s irritating as hell. I don’t know if this guy is personally a stick in the mud, but it definitely sounds like his sticks are in the mud! Cameron has the ponderous accomplishment of boring the world to tears in two major bands.” 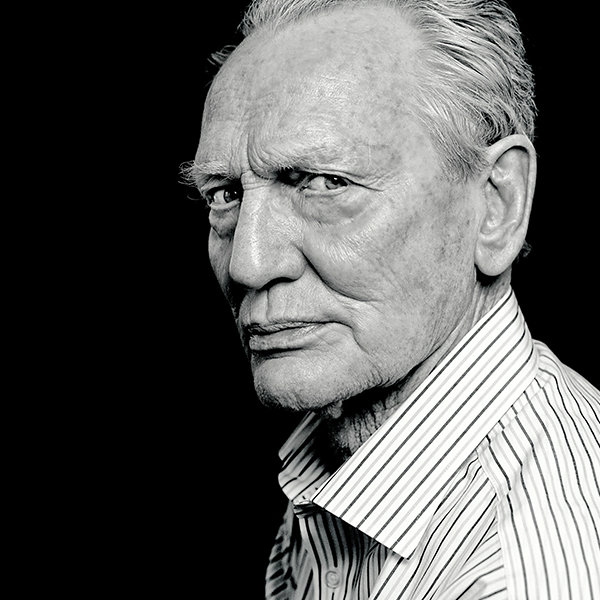 “Lauded to the high heavens by both critic and fan alike, Baker’s indulgent overplaying always sounded to me like somebody dropping a heavy cardboard box down a large flight of stairs. Dull, thuddy and always too many notes! Ginger fancied himself a jazz player working within the rock context. I hear no jazz in in his approach, feel, mechanics or philosophy. On top if it all, the guy is a violent, narcissistic muldoon who felt he was the most important aspect to Cream – the truth is, he was one unbelievably lucky bastard to be along for that ride.” 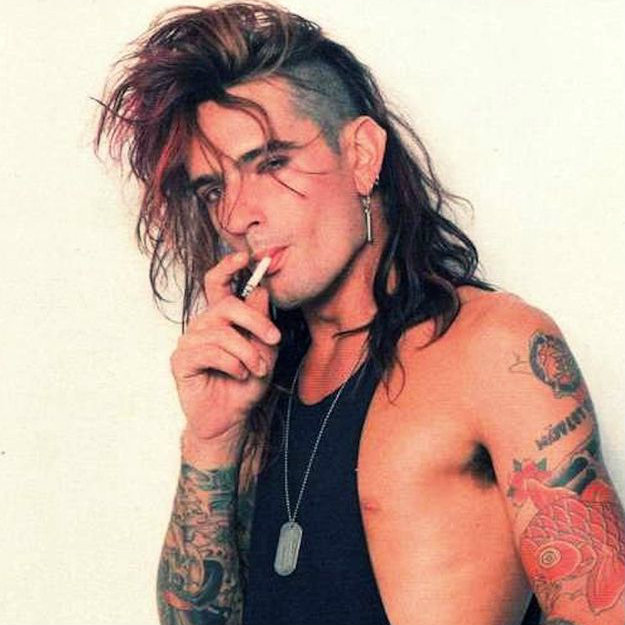 “I can’t tell you how many drummers I’ve known that have had mad respect for this guy. Why? His straight-armed, sluggish, hamfisted feel always seems to drag behind the beat. Of course, Mötley Crüe’s music is pretty goddawful, still, Lee never did them any favors with his lack of invention and lunkheaded pounding.” 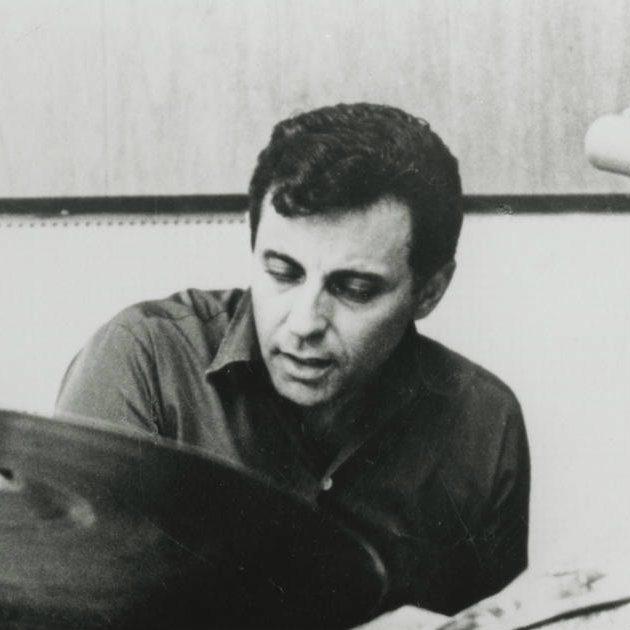 “There has never been a group of rock musicians more anally tongue bathed than the fucking Wrecking Crew. Personally, I find them all overrated – except for Glenn Campbell, who was the only one who couldn’t sight read out of the bunch. Hal Blaine was the Crew’s de facto leader/loudmouth. Talk about the accolades this guy’s received over the years. The truth is, he is the most swing-less drummer of all time. Listen to his work on the Beach Boys and Simon and Garfunkel in particular – just a morass of herky jerk, stilted malarkey. Blaine would always brag about how versatile he was, how he could play everything from Sinatra to the Beach Boys. Fact is, he was equally godawful in every genre.” 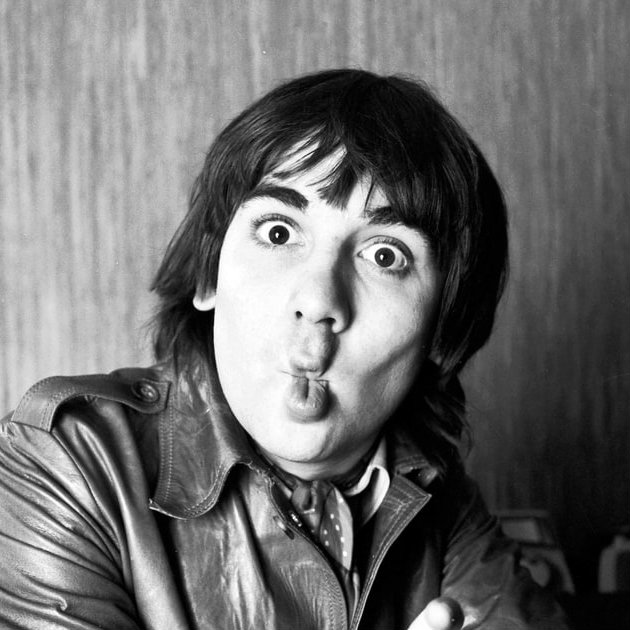 ” Let me preface this entry by saying I actually enjoy Moon’s playing a lot, but if you really think about – he was a pretty shit player. To be sure, he’s the biggest over-player in the history of rock. It’s a pity, because so much of The Who’s music could have benefited from a steadier groove. Mooney never gave it to them. When Keith died, they went overboard in the opposite direction hiring that dishwater snoozer Kenny Jones. I will say, he was fun to watch – his performance in the Stone’s Rock and Roll Circus still stands as one of the most kick-ass, balls-out drumming expositions ever recorded on film. But he was ultimately a detriment to the band – and was horribly inconsistent.” 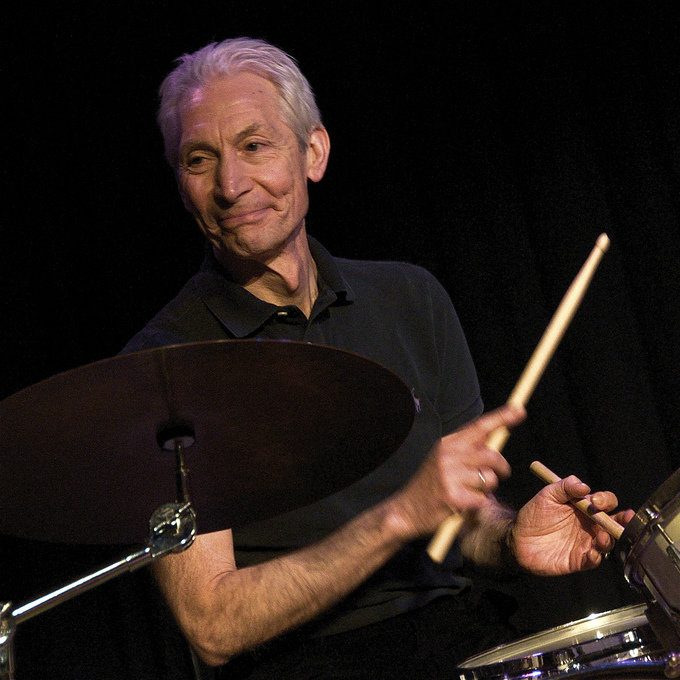 “Few drummers have been as heralded as Watts not only in his work with the Stones, but his jazz forays as well. The thing about the Rolling Stones is, their music is so tremendous that virtually any decent drummer could have sat in and done the job as well as old Charlie. I’m not saying I hate the way the guy plays, it’s just that he always sounds like he’s about to fall off a cliff – especially his fill work, which is pretty much non-existent. Some might say that dangerous feel fit well with the band’s overall gestalt, but I find that to be a rationalization. He’s just not a steady player, you can especially hear it on songs like “All Down the Line” and “Emotional Rescue” –  it’s a rickety groove, ever threatening to fall apart like a house of cards.  Let’s just be honest, the guy was never that competent. Considering the massive regard he’s enjoyed over the years – he is without a doubt lavishly overpraised.” 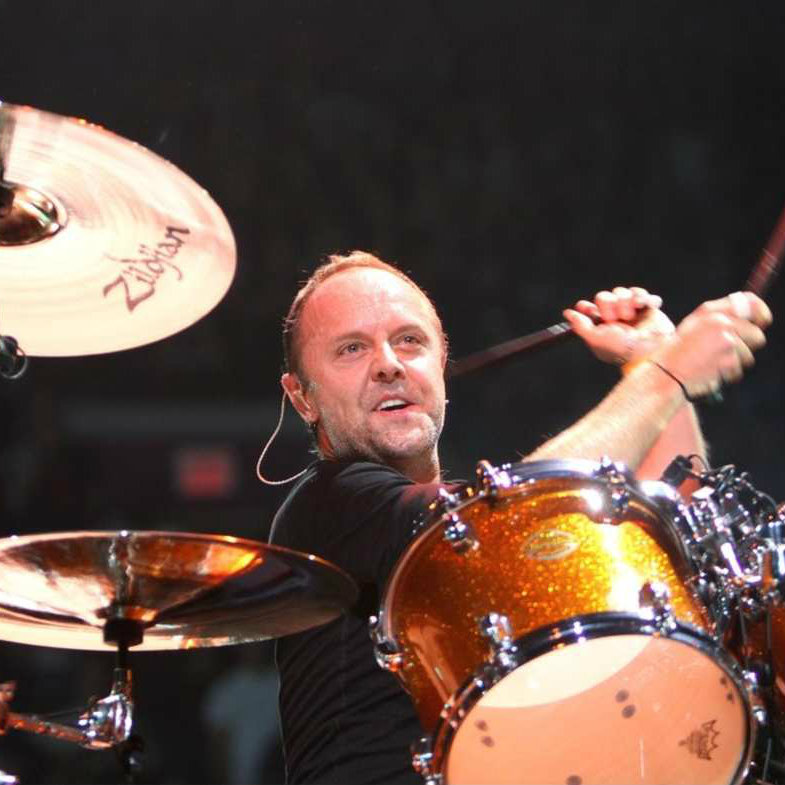 “Metallica is simply the most revered, best loved metal band of all time. And guess what – their drummer sucks. Period. Ulrich couldn’t lay down a straight beat if someone was pointing a gun to his head. Has he somehow managed to come up with a couple of iconic riffs through the years? I suppose. But there’s no getting around the fact the guy has a woefully limited ability behind the kit. His sound was about as flat and thin as a piece of loose leaf paper on the earlier records, then when Bob Rock fattened up the bottom end, it just became doorstop, paper weight sludge – groove-less, swing-less sludge. Listen to the utter nonsense he ass vomited on St. Anger – perhaps the worst drumming performance ever recorded.”

Strong words against many iconic figures in the world of drums! Do you agree with Reuben Levy? Please leave a comment!