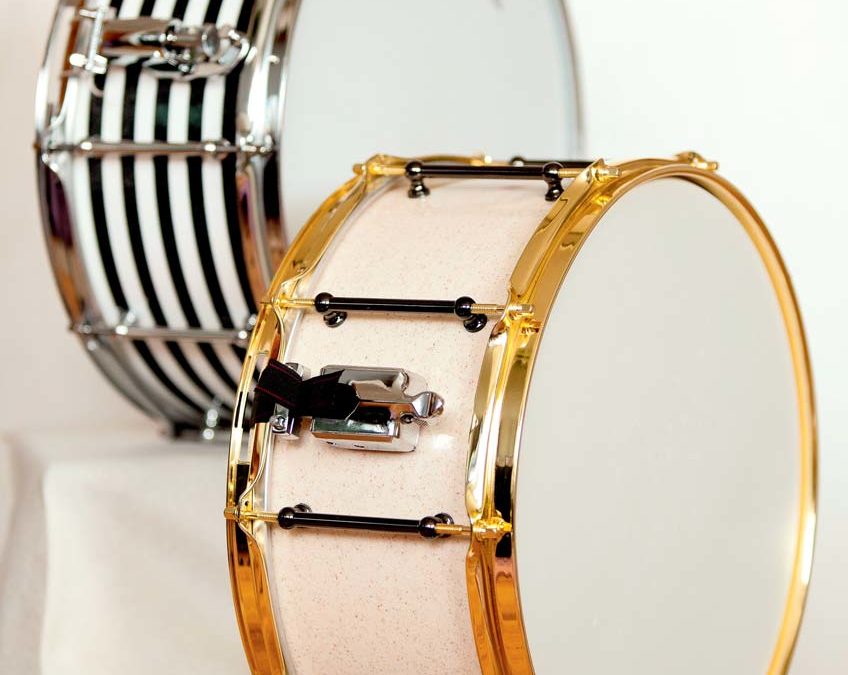 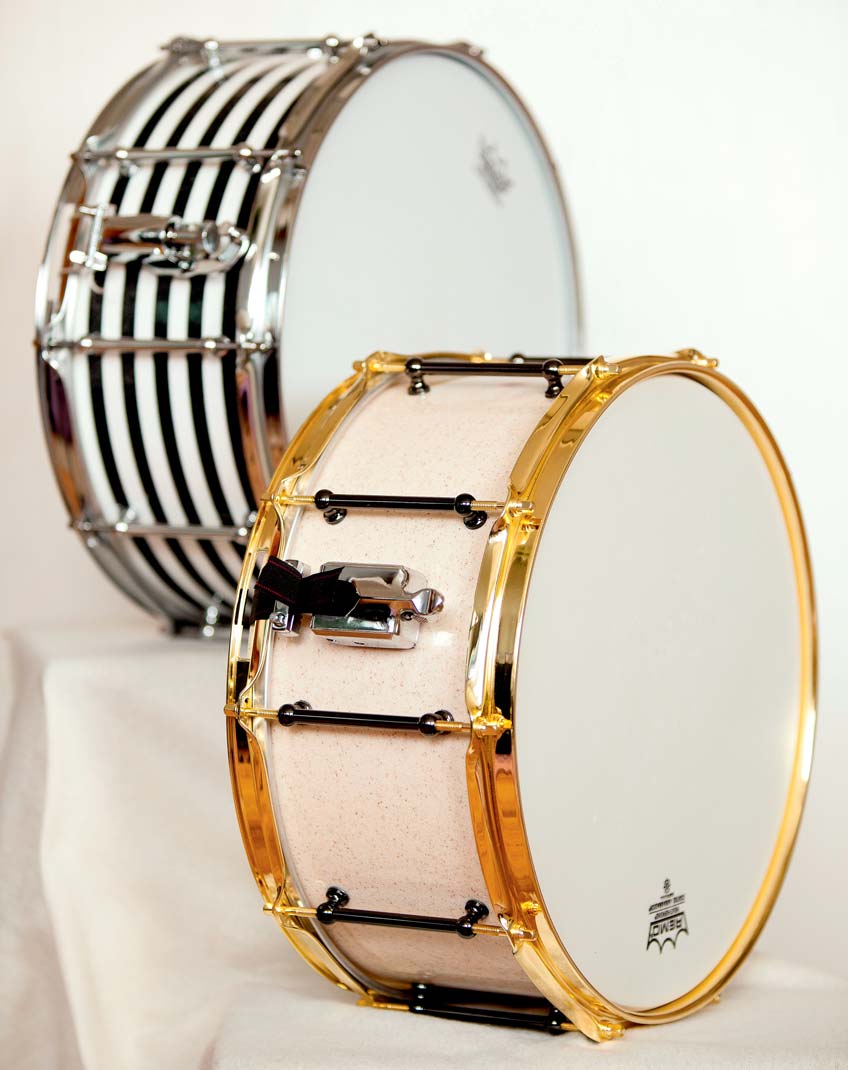 The text and interview below are the result of the author’s meeting with Michał Kurowski , founder of Kurowski Drums, in 2011. Since that time, it has become possible to answer the question asked in the title: yes, it is possible by all means. We can already see that this idea has prevailed on the Polish market and there also are professional drummers (such as Tomasz Krzyżaniak from the highly popular group Luxtorpeda) who use snare drums made from Corian on an everyday basis. It wasn’t so obvious when this text was written. Here it is.

A mineral shell snare drum – is it possible? 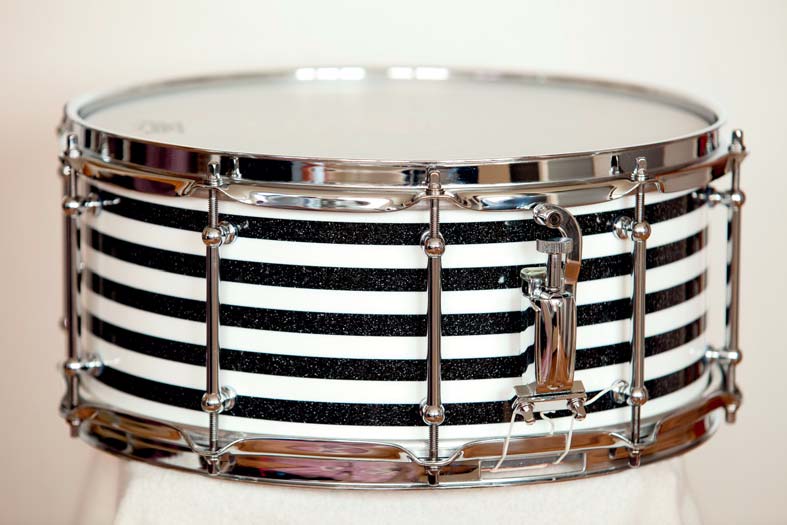 In early September [of 2011], an online forum heated up with a dispute about Corian shells. For most of the people visiting that website (including myself to a certain degree) it was a novelty, especially in Poland. One of them actually presented one of the shells he had made using specialist machinery.

I was interested but approached the whole thing with reserve assuming it would quickly “burn out”, so I stopped following it. You can imagine how surprised I was to find out that Corian shell snare drums turned out to be such a hot topic that I had missed out on a few interesting discussions accompanied by some nice pictures and vids. I was even more surprised when the person who caused the stir contacted me three weeks later. That person was a Corian specialist – Michał Kurowski, who enquired me about presenting his snares at Avant Drum Shop in Poznań, Poland. I immediately agreed because our store always supports such endeavours. We set the date and started calling drummers all over the place. 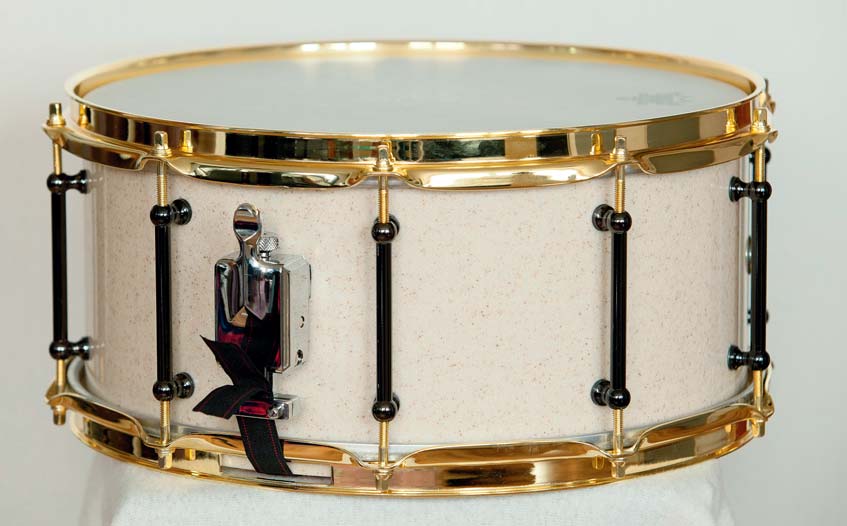 Saturday, October 22 was sunny and warm, the blue skies and the non-working day added to the atmosphere of laid back curiosity. The presentation itself resulted in quite a number of drum freaks discussing all things drums for four hours. We also played the heck out of the Corian shell snare drums. Each of those present expressed his or her opinion and suggestions, which (we are told) have had some influence on the production plans. Michał also prepared a very nice surprise for the attendees: each of those who stayed there till the end would get their own 14-inch Corian shell of preferred depth. I’m drooling to get my hands on mine. 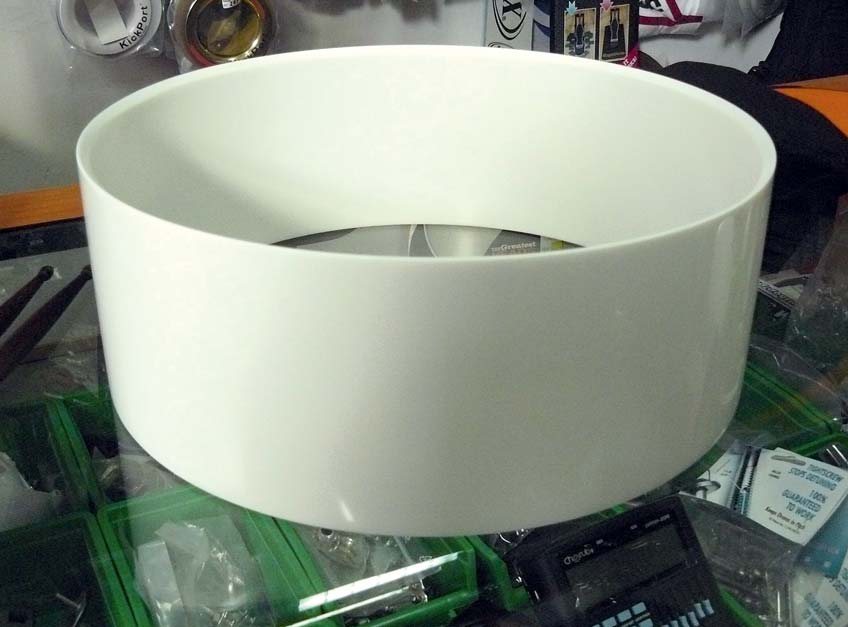 Since so many of my colleagues were eager to participate in the discussion during the presentation, it was impossible to ask the man some of those most important questions. That happened two weeks later via email.

Drum Shop: What is Corian actually? Since when has it been in use and what are its applications?

Michał Kurowski: Corian was invented in 1967 by a company called DuPont. It is a durable, solid surface material composed of natural minerals (about two thirds) and acrylic resin (about one third). It is used in the manufacturing of interial design elements. Since it is non-porous, sanitary, non-toxic, non-allergenic, thermoformable, easy to repair and its joints appear seamless, Corian is ideal for countertops, benchtops, basins and is often used by hospitals, labs, restaurants, bars, etc.

Drum Shop: What is the Corian shell manufacturing process and where did the idea come from?

Michał Kurowski: I got inspired by a drummer friend, who once brought me a drum magazine with a review of snares made by Ford Drums, and so I decided to make a trial shell. I thought, since I’d already had a 6-year experience in Corian processing, I would manage to do something like that. First, I cut out thirteen identical rings (12 mm thick and a little over 14 inches in diameter). The rings were glued together alternately, i. e. white and black. When the glue dried, using a milling machine and a special mould, I cut the shell to proper external and internal diameter in order to achieve a 9 mm thicknes. The edges were given a 45-degree angle and a rounded shape. The final stage was to drill holes, as well as grind and polish the shell. That’s how I made a 14″ x 6.1/4″ shell. The whole process was quite labour-intensive and took about eight days. The next shell was made using a different technique. For that one, I used a 6 mm thick Corian strip, which was heated up to proper temperature, placed in a round mould I had prepared beforehand, pressed and left to cool down. Afterwards, it only needed to be glued together vertically, cut to size, ground and polished. 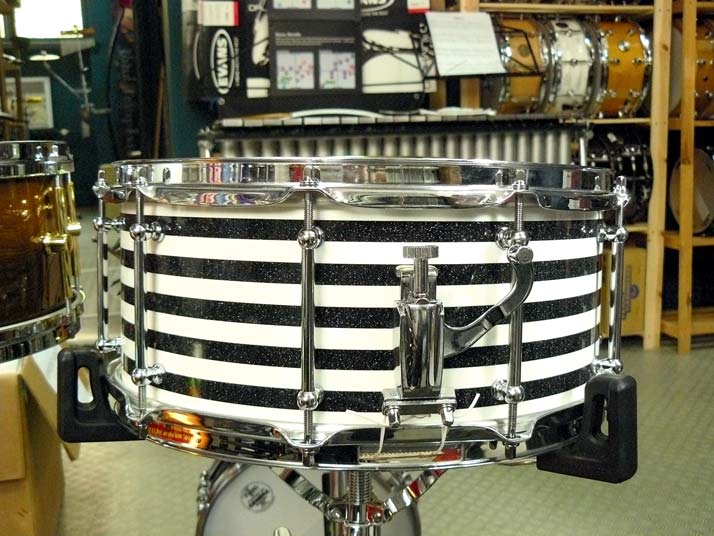 Drum Shop: How durable is Corian compared to acrylic, wood or metal?

Michał Kurowski: Corian very resistant to bending, pressing, abrasion and impact. Acrylic is more tensile and much lighter but not as impact resistant as Corian. The same goes for wood when it comes to impact resistance but a Corian shell may not survive when dropped on the floor. When compared to metal, the situation is this: when hitting against something hard metal will deform but won’t break while Corian may break but won’t deform.

Drum Shop: What shell sizes are you able to make? What colours do they come in? What layer combinations?

Michał Kurowski: In early 2012, I should be able to start producing both types of snares in any given size. I want to focus on snare drums and, in time, start building drum kits. There are more than a hundred colours available. Not all of them come in 6 mm thickness but the selection is broad. Colour and finish availability as well as thickness options can be checked on the producer’s website. It’s also possible to combine colours and layers. I’m ready to advise on them as well. 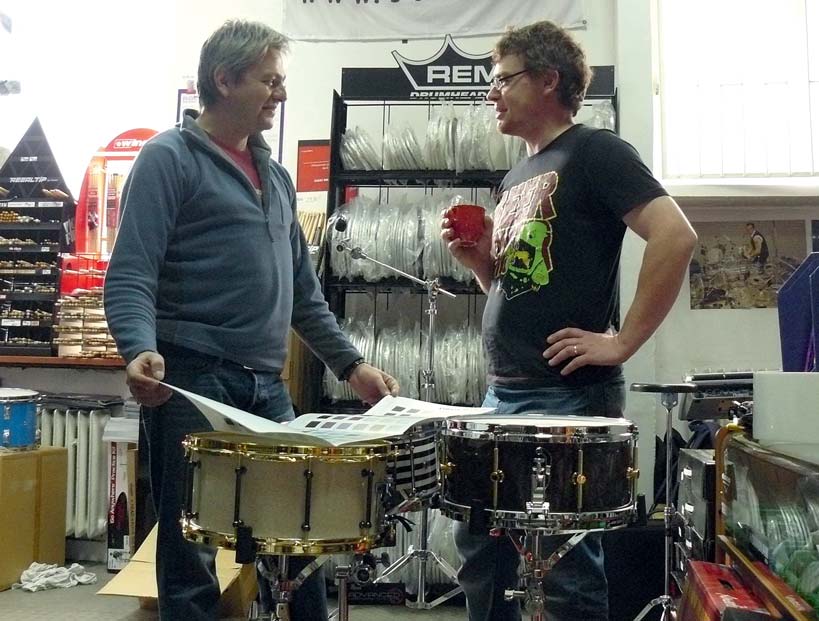 Drum Shop: What do you think the future of this material is as far as drum manufacturing is concerned?

Michał Kurowski: There are a lot of drummers who can’t afford to switch to high-end gear, at least in Poland. I’d like to offer them professional snares in the middle price bracket. I’m thinking of an even better alternative but that’s just an idea for now. 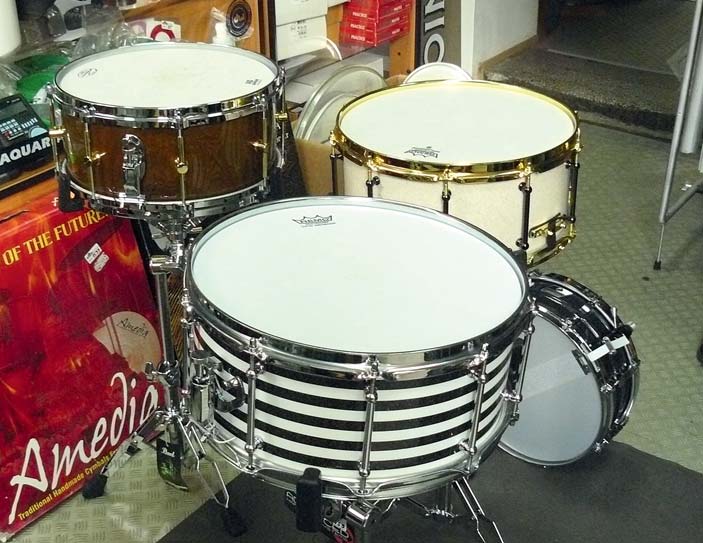 Let me just add that Corian’s sonic qualities are really good. The snare drums brought to our shop were multidimensional, great sounding but demanding instruments. They are made for those drummers who like to take some time for tuning and know how to do it, but also those who treat an instrument like a woman worth getting to know rather than one that can be quickly seduced. Corian shell snares made by Michał Kurowski will undoubtedly find their way to many recording studios and concert drum kits.

Mateusz Wysocki is known to many Drummers and Drummerettes in Poland from his work at the Avant Drum Shop (based in Poznań, Poland). As of this year, he has started his own business dealing solely with vintage drums. He is also an active drummer, currently touring and recording with the band Neons of 101, as well as a lover of all things vintage as far as drum kits, snare drums and hardware are concerned.