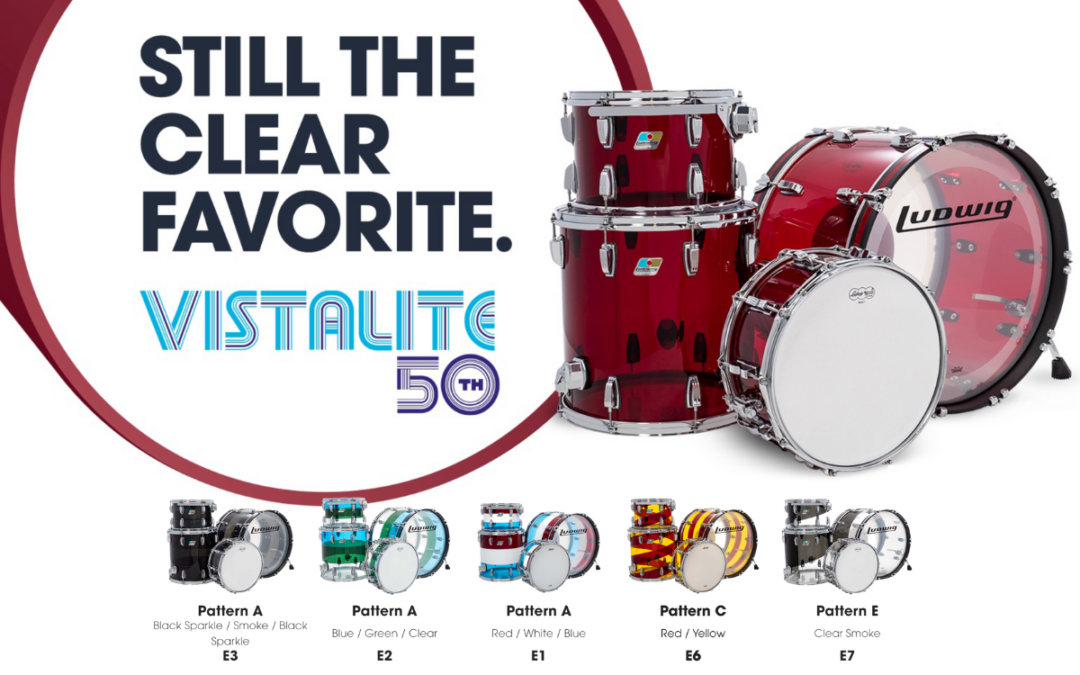 Almost every drum manufacturer has acrylic drum kits in its portfolio, but for most drummers, Ludwig Vistalite is the benchmark for acrylic shells.

Virtually every company that runs a large-scale production of wooden shells currently offers acrylic drums. In many cases, these shells are manufactured to their specifications by RCI. Initially, RCI dealt with refurbishing acrylic drums from the 1970s.

The first such series was Pearl Crystal Beat, which was released in 1973 and is still produced today in updated versions.

Originally launched in 1972, the Vistalite was first offered in transparent, blue, green, red, amber and yellow finishes. At that time, drums were meant to keep up with the increasingly visual side of the music, so while offering good sound they were also supposed to make a visual impression on stage.

In 1975, Ludwig became the first brand to offer acrylic shells in multiple finishes, which was due to its collaboration with Elvis Presley’s drummer Ronnie Tutt.

The finishes were determined by their pattern letter, which gave us patterns A and B (three and five-band rainbow), pattern C (spiral), patterns D and E (three and two-band swirls), and pattern F (vertical stripe).

In 2022, Ludwig is reintroducing two collector favorites with a red and less common green finish (the lack of original popularity in the 1970s resulted in a small number of aftermarket kits). 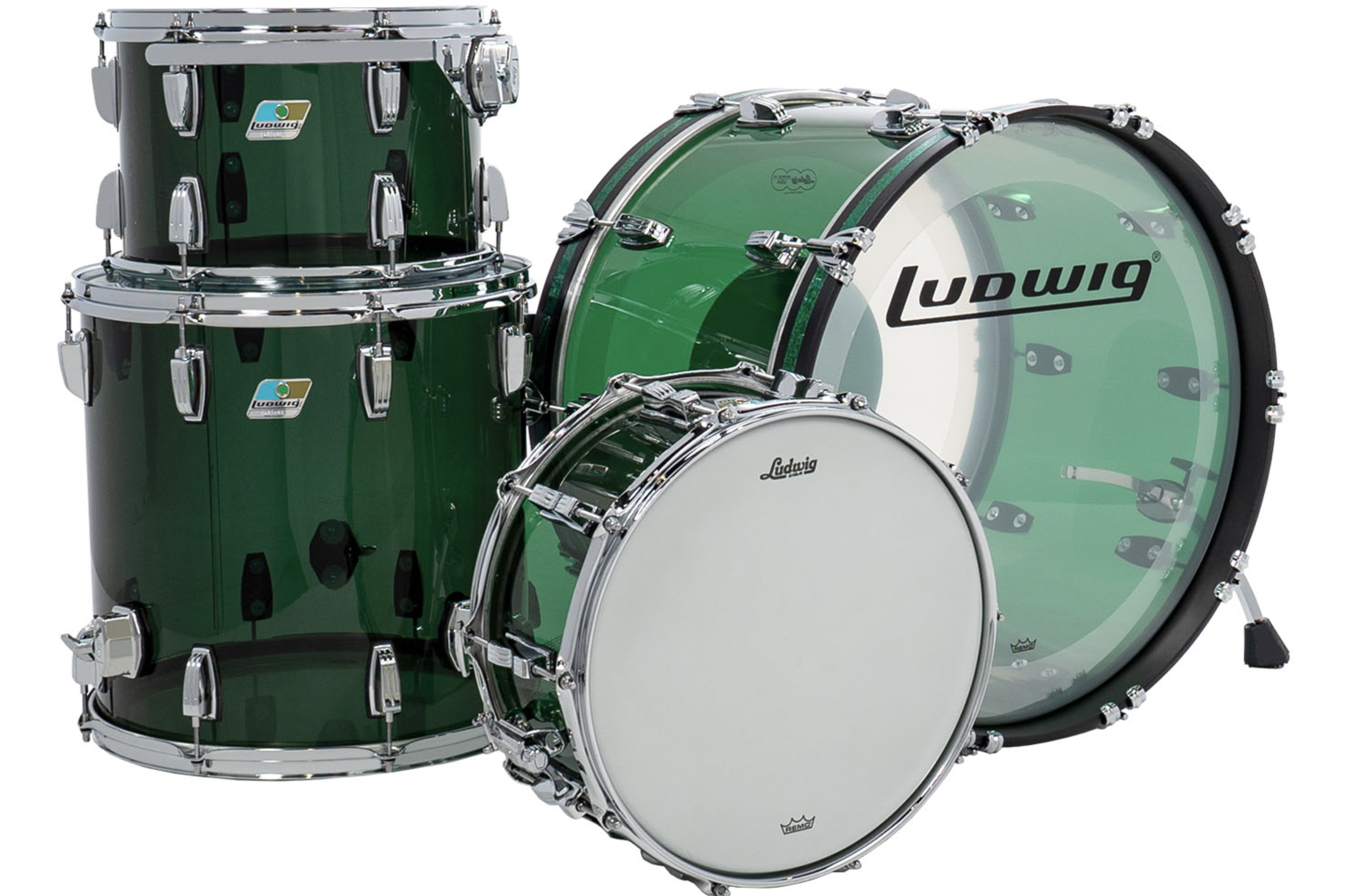 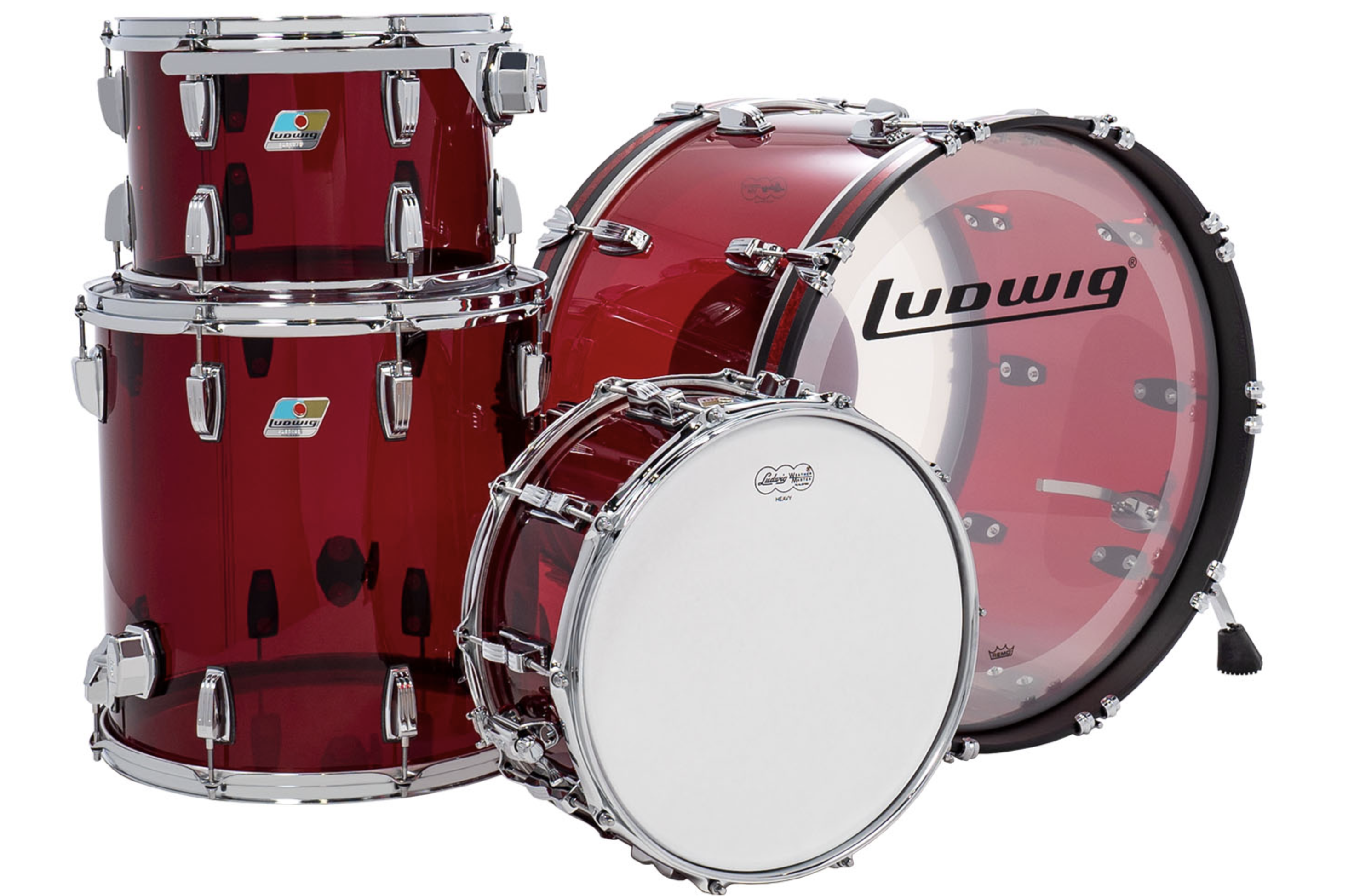 These drums currently come in limited quantities, but the manufacturer ensures that they will be available to everyone in standard configurations in the near future.

The kits will be available in a limited number of 25 units worldwide.

The C design has been reactivated with a red and yellow striped ‘Candy Cane’ spiral, the E motif is again offered in the Clear / Smoke combination. 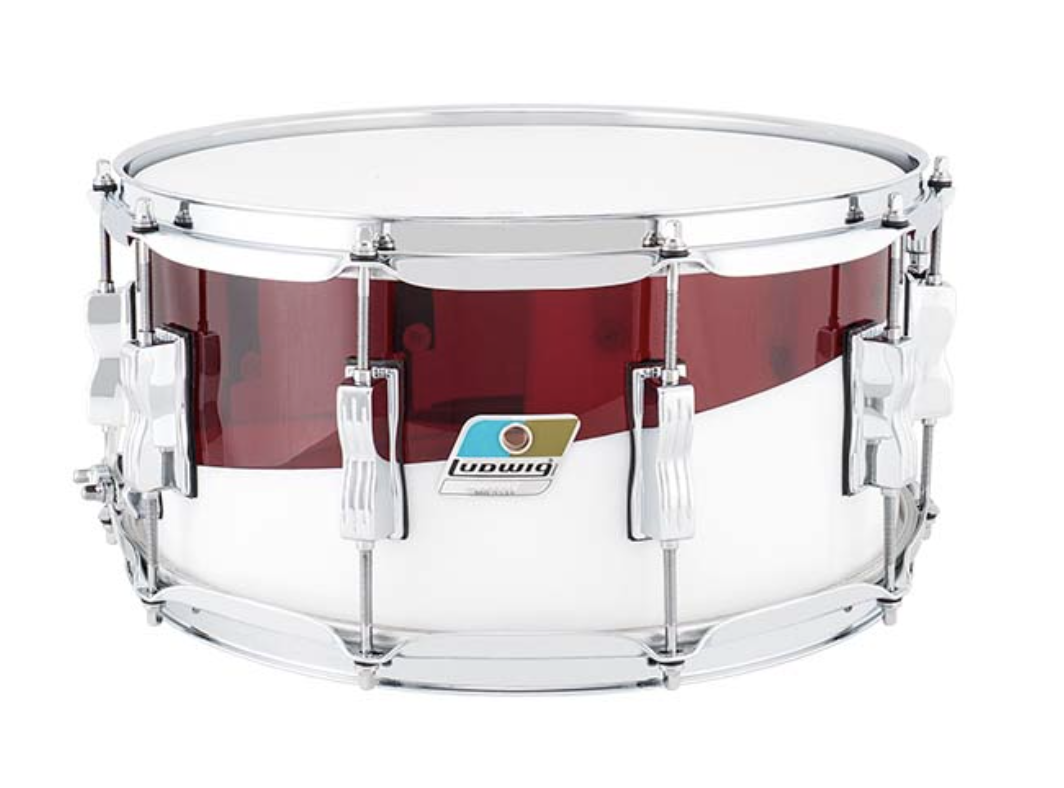 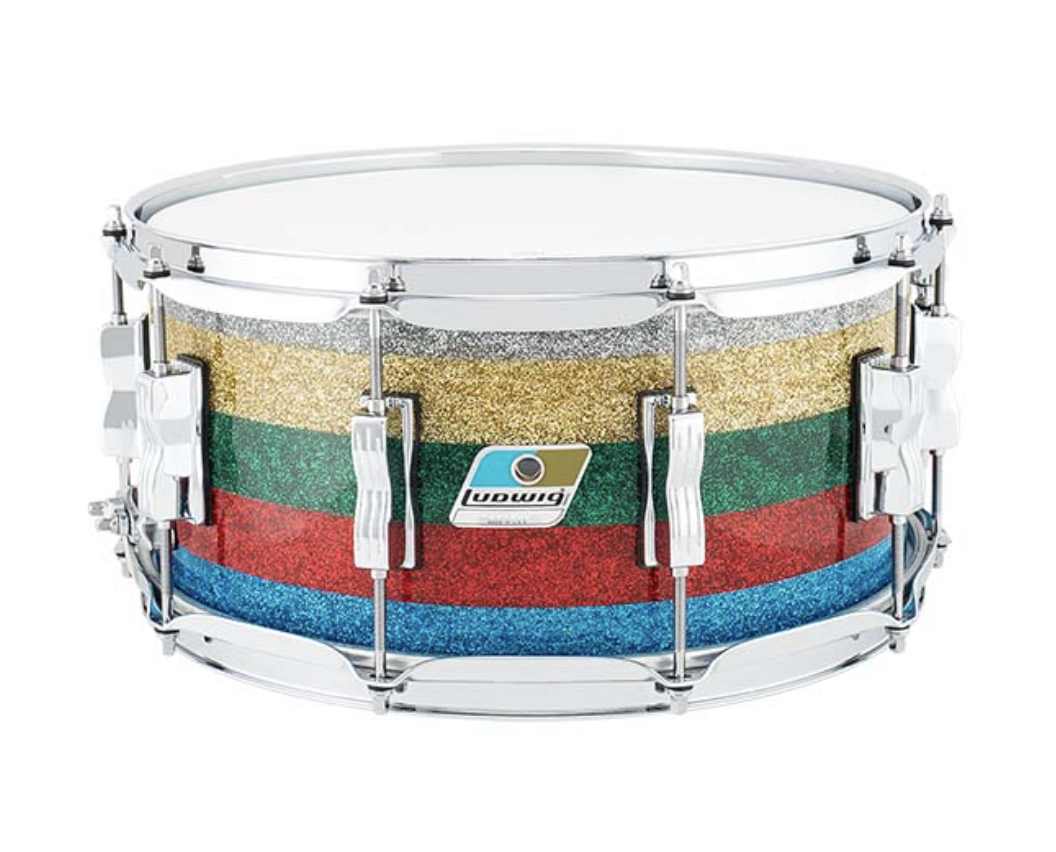 The sound of these snare drums, despite the acrylic, is described as complete, condensed and beautifully blending with the kit.