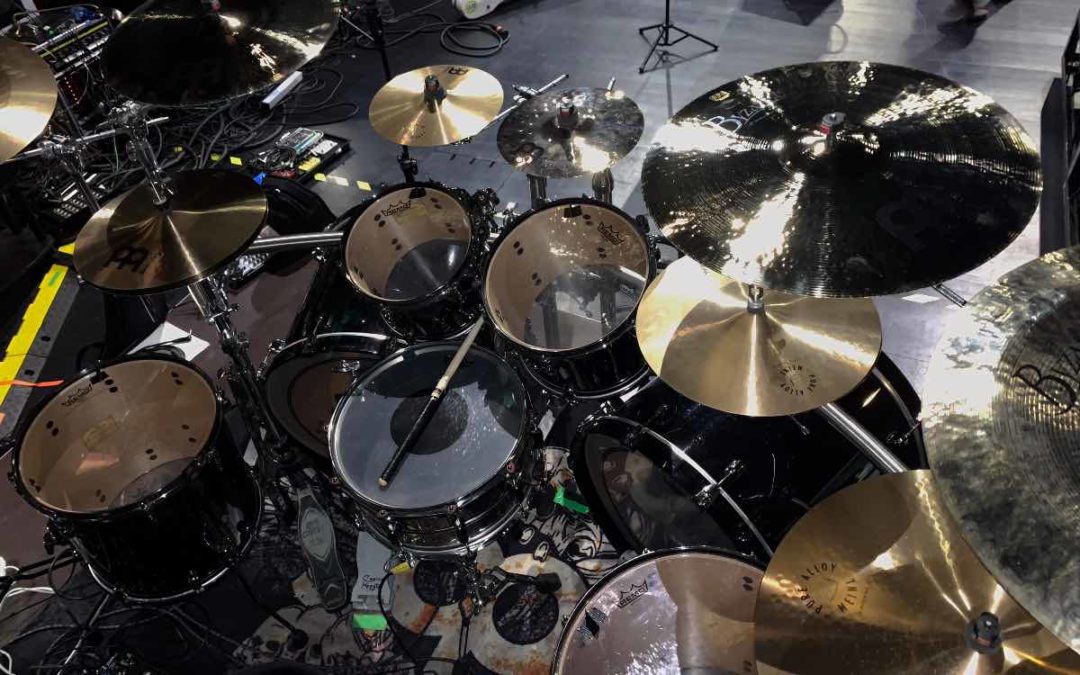 You have already seen Wojtek Deregowski’s drum kit (HERE), so let’s watch Kerim “Krimh” Lechner talk us through his gear. 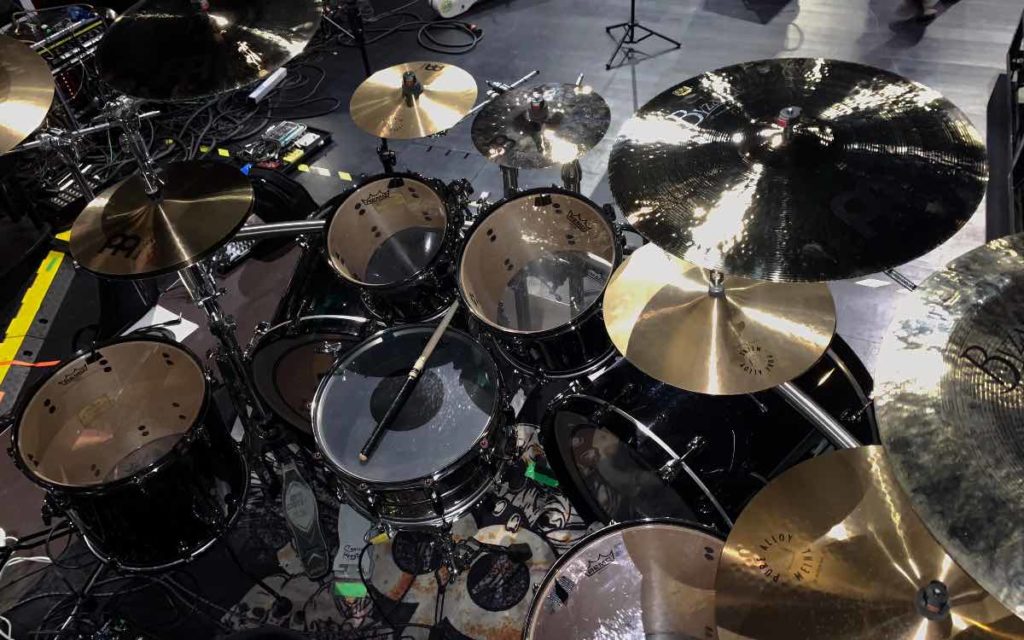 BeatIt: We’ll have to look it up.

Kerim “Krimh” Lechner: I’ve taken off die cast hoops and put on standard hoops just to save a little bit on the stick. I have a clear head on the snare, which may be a bit weird for some people. The kicks are 22” x 18”, so fairly standard. Four toms, two kick drums, one snare.

Kerim “Krimh” Lechner: I play Remo ’cause I wanted to try out something different. It’s a fairly standard setup. We have Emperor Clear on the top and Ambassador Clear on the bottom. I’ve dropped some cotton balls in the toms just to dampen them a bit. On the snare, it’s a clear Controlled Sound. On the kicks, I have classic Powerstroke 3 heads.

Kerim “Krimh” Lechner: Pro-Mark sticks with some tape on them. They’re the 419 series. They’re bigger and longer than 2B. Definitely, heavy hitting stuff.

Kerim “Krimh” Lechner: The pedals are from Czarcie Kopyto with an engaged logo, so very fancy pansy. Best pedals I’ve ever played and it’ll always be like that. What else…

Kerim “Krimh” Lechner: I have the 64 Audio. It’s an American brand and a three-way system. I have tried out a new trigger system. It’s attached to the pedal itself. It’s from a new company called Foot Blaster. I actually wanted to switch to them because the trigger doesn’t rely on the skin anymore. Actually, the footboard touches the trigger, so you can tune your kit however you want and you don’t have problems with shaky risers. It’s a really cool device.