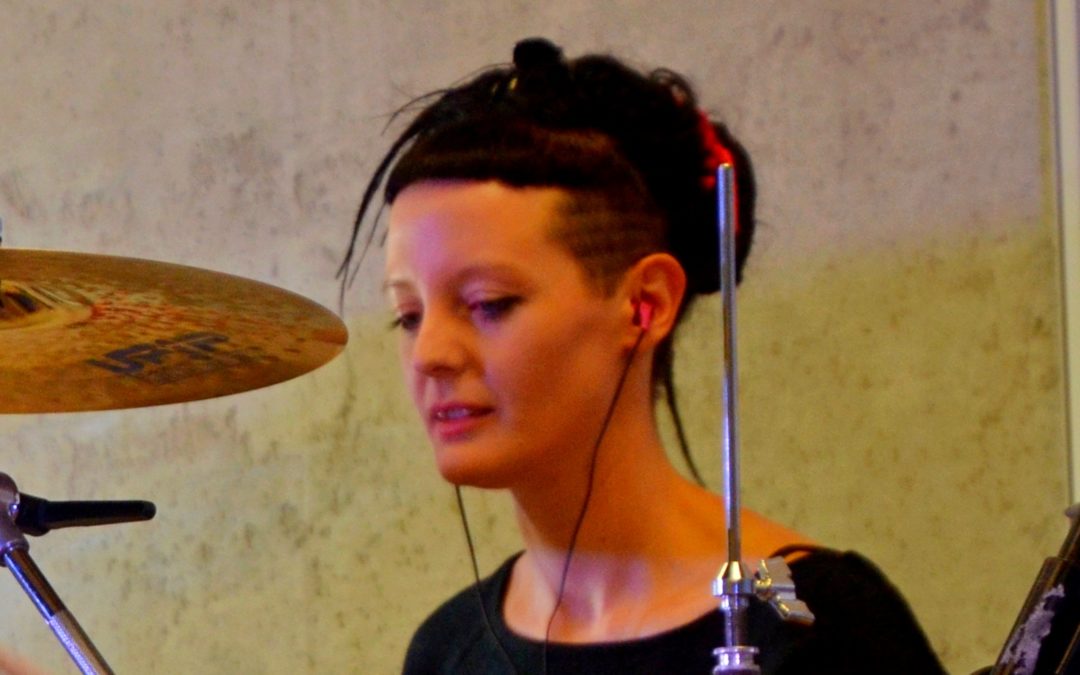 Drum Fest – an annual drumming event organized in Opole, Poland – is one of the most important events of this type in Poland and quite a remarkable one on a European scale. The 25th edition of the festival was held even with a bigger bang than usual. As there were quite a number of outstanding drummers present there, we simply couldn’t miss out on the opportunity to invite them to our interrogation room. You have already had the opportunity to see and hear what Jason Sutter (Marylin Manson, Chris Cornell, Foreigner) had to say about his own career, technique development, education, gear and many more things.

Now, it is time for Katy Elwell – a female drummer, who is a member of the French progressive/alternative/metal outfit Lizzard. 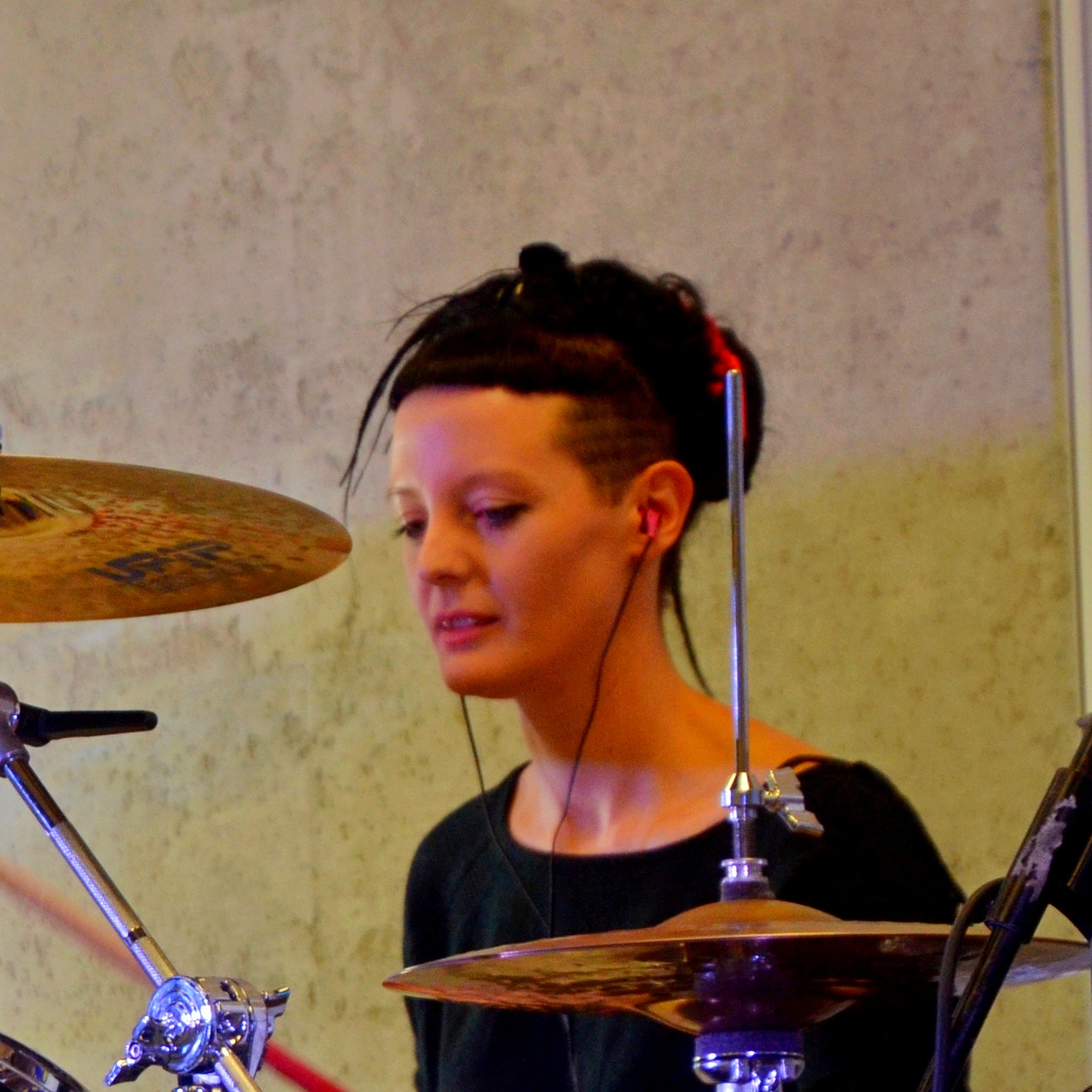 She conducted a drum clinic and performed with her band, which is why we could also host Mathieu Ricou – the band’s singer/guitarist/composer. 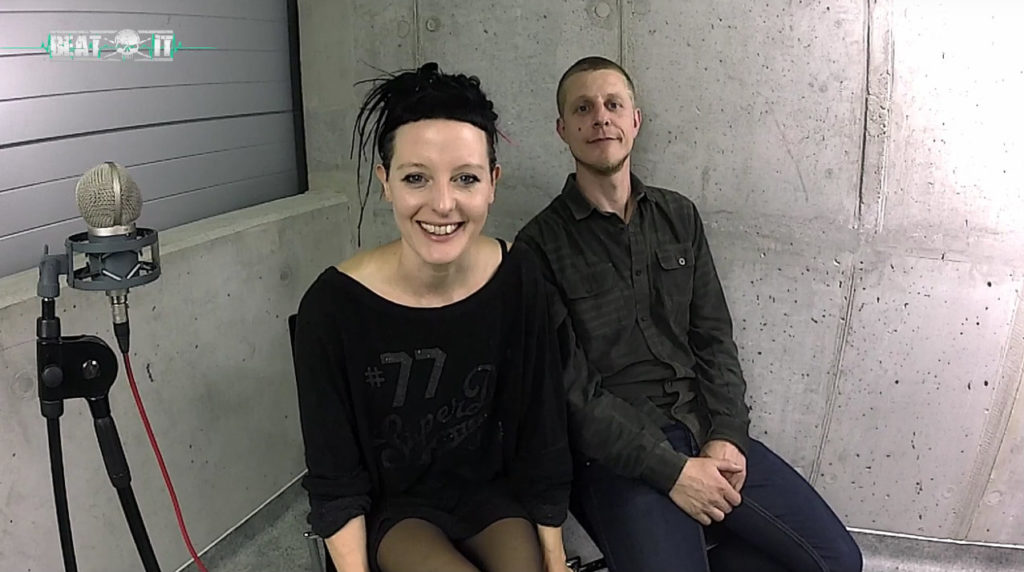 In the third and final episode, we discuss the one topic drummers are bound to discuss, regardless of sex or nationality, i.e. gear. Our guests talk about the cymbals Katy uses and why she has chosen them. They also touch upon drums, snares, heads and sticks. We didn’t neglect to ask Lizzard members about their friendships with such great drummers as Carmine Appice and Terry Bozzio as well as the band’s new album, which will see the light of day this year.

“Before, I had Zildjians and I loved them too but they took up so much of the sound. It took me ages to find these UFIPs. I’ve been playing them for a good few years now. They don’t eat the sound, they just fit in. They’re short but they just cut right through so I’m really pleased with them“.

“I love DW but, for me, their snares don’t have as much balls as Gretsch. Gretsch snares are just awesome.”

“When I was a kid, my dad used to be, and still is, a big fan of Frank Zappa. We used to have this ritual of listening to vinyls and we’d listen to Zappa. I was really little and my dad was always like: ‘Terry Bozzio!!!’ When I finally got to meet him, I thought: ‘What’s he gonna be like? Is he gonna be a rock star and not speak to us? Is he gonna be really cool? And he was so cool…”

During her performances as part of the 25th edition of the Drum Fest, Katy used a DW Performance kit (the clinic) and a DW Collector’s Maple (concert), UFIP cymbals, Evans drumheads and Vic Firth sticks.

Drummers and Drummerettes! We give you Katy Elwell – drummer with the band Lizzard – in the third and final part of an exclusive interview for beatit.tv! Enjoy!