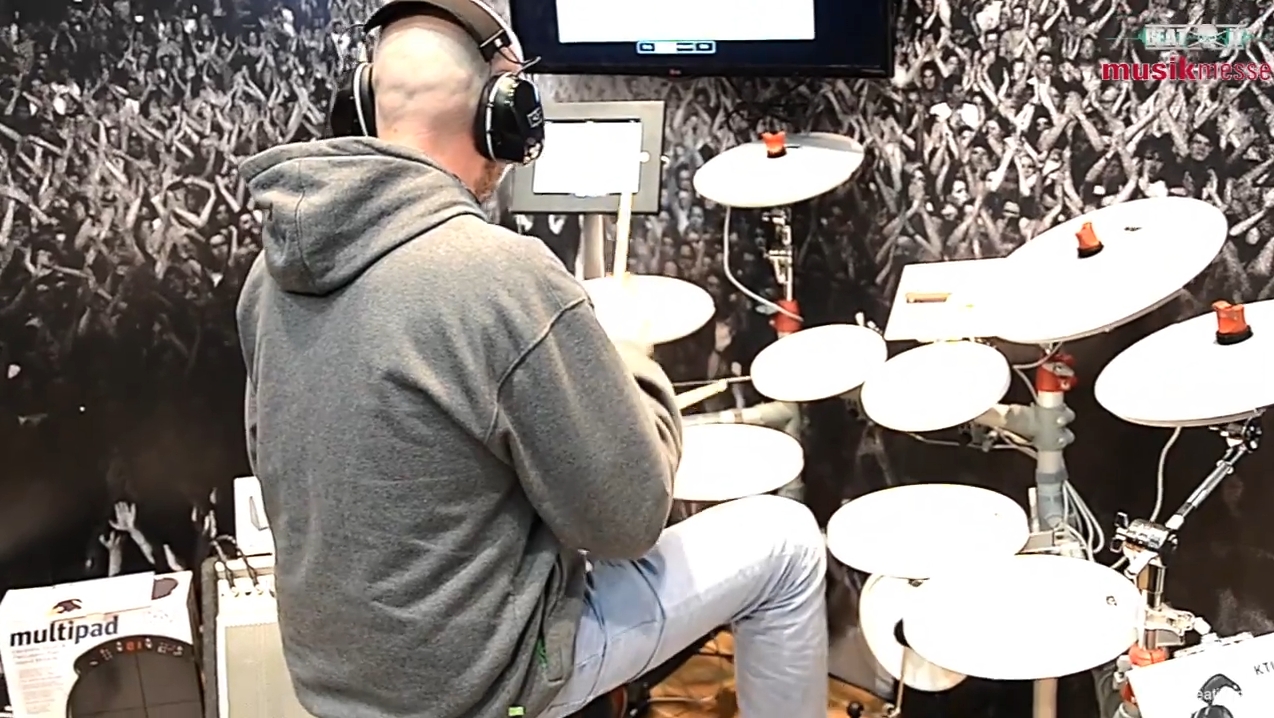 Here is the first part of our visit to the stand of the American e-drum maker KAT, where the company’s Percussion Product Manager Mark Moralez presents the KAT KT3 kit.