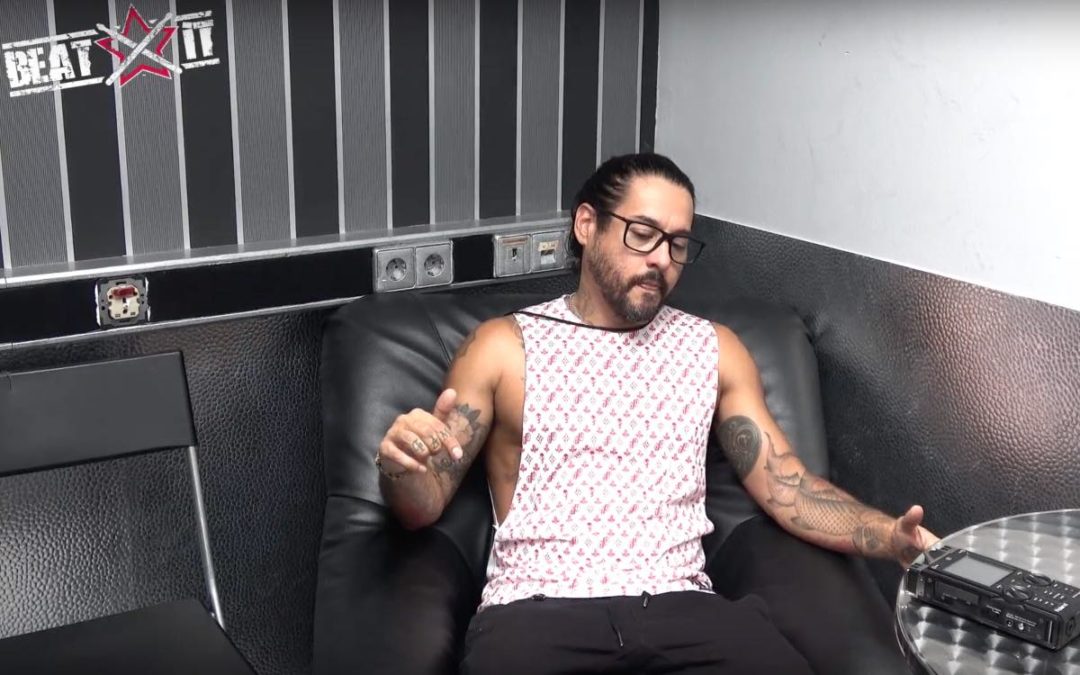 On August 20, 2018, Incubus made a stop at Berlin’s Columbiahalle during their tour of Europe. In connection with that, we met up with the band’s drummer, Jose Pasillas, to have a nice chat about the most important thing in the world, i. e. drums. Enjoy the interview! 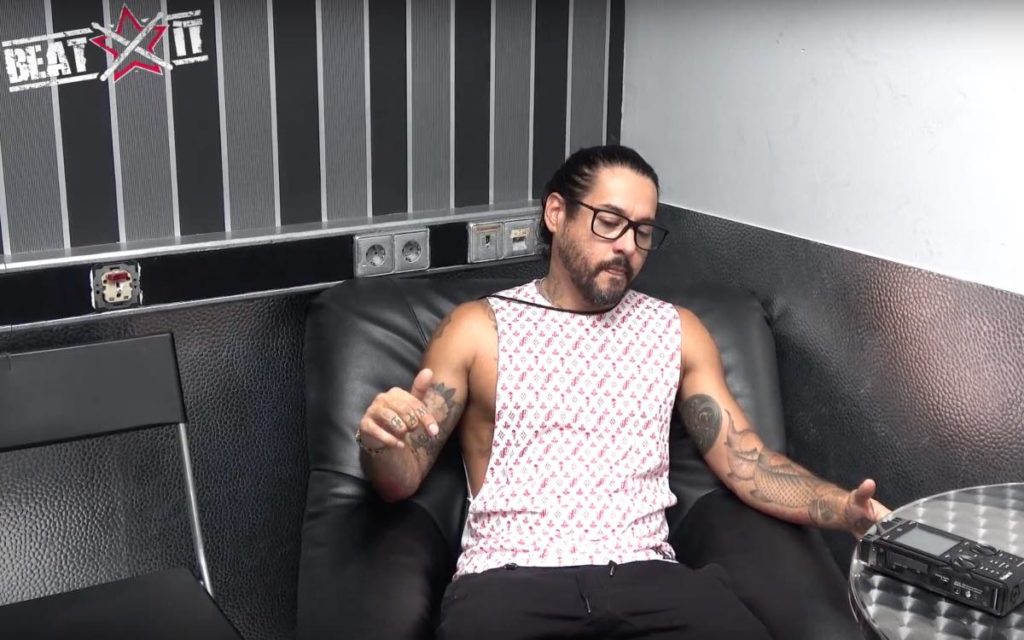 “I’ve always thought one of the positive aspects of the fact that I’ve never taken any formal training in drumming is I’ve never really felt restricted to any one thing. I feel like because I didn’t take lessons I kind of devoured everything that I listened to and tried to dissect everything that interested me musically. On the other side of it, I feel I kinda lack proper technique and even chops.

I’ve always loved marching band. I did do marching band for one year. I think I was in 6th grade, so that was very basic teaching of reading and some sticking but it was kind of switching between playing cymbals, bass drum, snare drum. I wasn’t really focused on any one thing and that was the only year that I played music in school. For the most part, I’m self-taught. I did take lessons from Peter Erskine. It was maybe 6 or 7 years ago for 8 or 9 months. I’d go there a couple of times a month. I just kinda wanted a mentor and I’ve always been interested in jazz. My feeling was always that if you could conquer and master jazz, you could play everything. But that takes years and years and years of doing, so I took about a year of lessons with him. It was really cool and he’s such an amazing guy. It was a really good experience. I still feel like I could use some training…

The configuration I’m using right now evolved over the years. I’ve been playing this setup for maybe 4 or 5 years now. My setup has always been pretty much the same for the last 10 or 15 years. I had two rack toms, two floor toms. Home is where I like to experiment, have fun and try a lot of different things. Then, I’ll bring that setup out on the road. Playing at home and playing live are two different things for me. I actually think that this is another disadvantage of not being trained because if I had technique, I would apply that whether I’m playing live or at home. Because I’m at home, I’m more calm, I feel stripped down, and I’m very focused, I play totally different then when I play live with the energy and adrenaline. I would always scramble to put my kit back to the way I had it before, so it kinda stayed the same for the last decade or so.

I’ve always sat really low. I start with my seat. I always started sitting down and having my legs horizontal or perpendicular with the floor so that the core of my body was easy to lift my feet up and have good balance. That’s where I started. From there, I’ve always played low, essentially ’cause I’m short to begin with. I always wanted a rim shot, no matter if I was hitting the snare or the tom. I liked the way it sounded. Growing up, I didn’t know you weren’t really supposed to do that with the toms. Our old manager was friends with Bernie Dresel, who was the drummer for the Brian Setzer Orchestra. He came into my jam room one day, I asked him for some pointers, so he said: ’Let me hear you play’. I was hitting rim shots every time and he asked: ’Why do you do that on every hit?’. I’m like: ’I don’t know, I like the sound of it’. I’ve always just loved this sound and over the last few years I like the feeling of being more on top of my drum kit, so the lower my snare went, the lower my toms went and the lower everything went. It just sort of slowly evolved to that over time.

What do I get out of drumming after all these years? It’s the same sort of feeling. Playing live in front of an audience is always the same adrenaline high. I’ve always been chasing that adrenaline pretty much my whole life. I’ve always skateboarded and surfed, done very physical activities and I think part of that is the adrenaline and the endorphines that I get. Playing music does the same thing for me. It was a very creative outlet. I’ve always been an artist my whole life – drawing, painting… Music is just another extension of it. I really enjoy playing with my band. I like playing to music and it’s sort of a canvas. The songs are structured, they have parts that are relatively the same, but it’s still a sort of a blank canvas that every night you’re sort of winging it. It’s just that feeling. It’s still there and it’s still as vivid as when I was a little kid.”

Drummers and Drummerettes! We give you Incubus‘ drummer, Jose Pasillas, in an exclusive interview for en.beatit.tv!