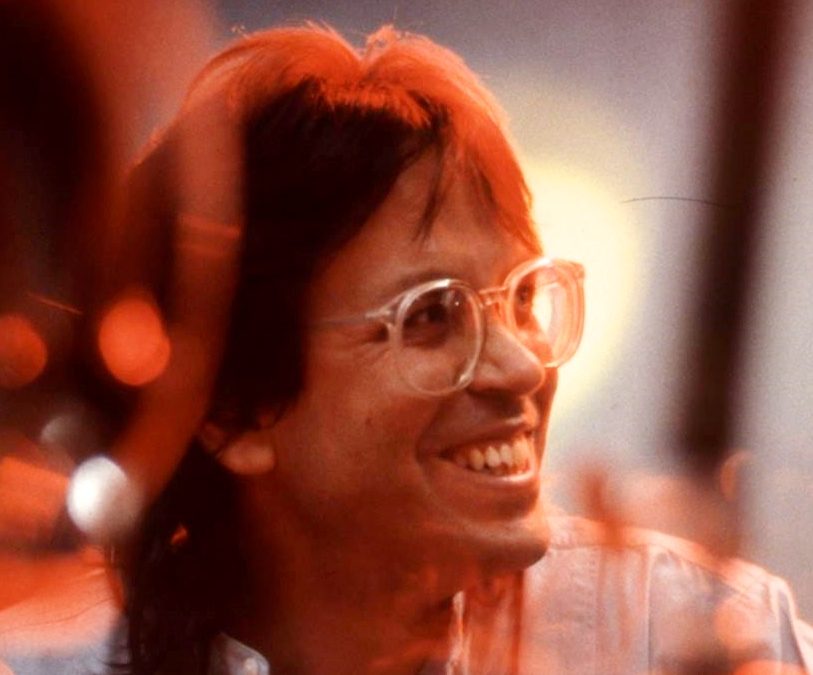 Jeff Porcaro is a legend. Period. He has earned his position during his time in TOTO, as well as during countless recording sessions with the biggest names in showbusiness (Michael Jackson, Madonna, Steely Dan). His unique groove, reliability and musical skills were making every song better. New generations of fans are admiring his work and we are sure that this trend will last forever. Unfortunately Jeff has passed away twenty five years ago at the age of 38. Although he is no longer with us he has left some iconic drum parts and the knowledge that says: sometimes “less is more”. He is an inspiration for drummers who admire his style, simple yet solid and sophisticated. 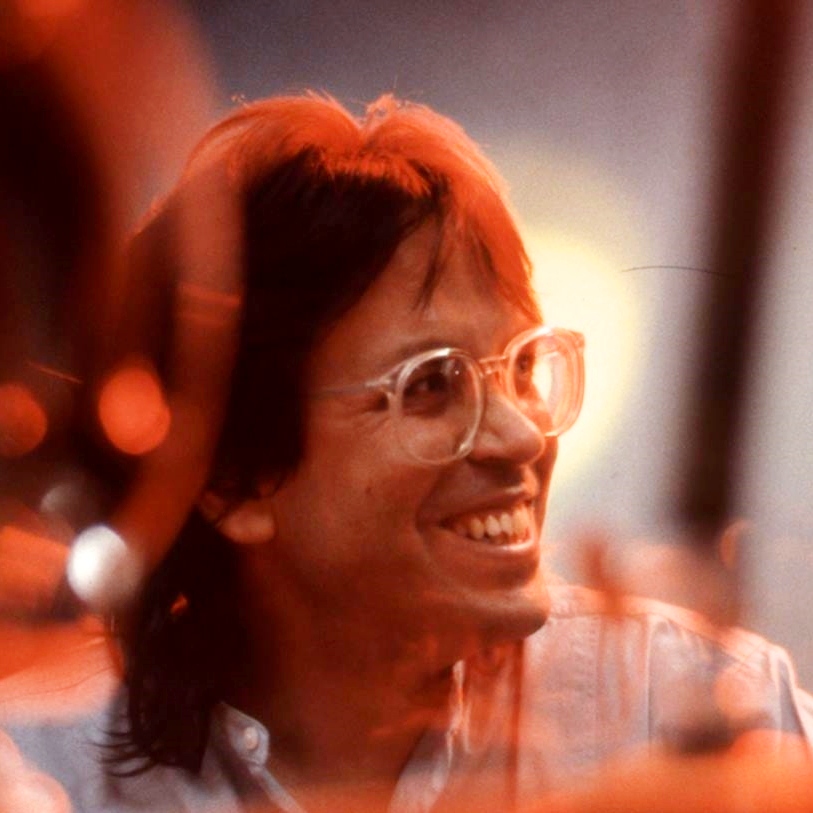 DRUM Magazine has pointed out some tips wich made Jeff such a unique player. We want to show you some of these points to get inspired and follow rules of the true master.

Unless you own a time machine, you won’t have much control over your family history. Fortunately for Jeff Porcaro, he was born into an ideal family for any drummer. It began with his grandfather, who played snare drum in a marching parade band. His love of drumming was apparently inherited. More influentially, Jeff’s father, Joe Porcaro, is a superb jazz drummer and educator, and was one of the founders of the Los Angeles Music Academy and the L.A. College Of Music. Over his varied career, Joe recorded for many top tier artists like Frank Sinatra, Stan Getz, and Sarah Vaughn, and also recorded hundreds of film scores with John Williams, Danny Elfman, James Horner, and others. But we might never have heard of Jeff or his father Joe if it hadn’t been for Jeff’s uncle, P.A.S. Hall Of Fame studio percussionist Emil Richards. It was he who convinced Joe to move his family to Los Angeles in the late ’60s because there was a lot of work for skilled musicians. Joe’s first gig in L.A. was to play a star-studded private party at Dean Martin’s home. Living in a music hub is clearly an advantage for musicians who want exposure to people who can help their careers. But surprisingly, the Porcaro family connections didn’t open any doors for Jeff. His father’s connections were largely in film and TV, and the people who initially hired the young drummer didn’t know his family. Jeff did it on his own.

Jeff began studying drums with his father at age seven, along with his two brothers. He continued for a couple years, but claimed he never made it through the book Buddy Rich’s Modern Interpretation Of The Snare Drum Rudimentsbecause he found practicing out of books tedious. According to several Porcaro interviews, music wasn’t that exciting to him as a child, partly because he was used to having musicians around all the time; it seemed ordinary to him. Fortunately, he stuck with it a little longer and studied with two other teachers, Bob Zimmitti and Rich Lapore.

Porcaro quit formal lessons when he was just nine. He preferred to play along with records, which he did for hours each day after school. He would practice hard, studying the grooves and emulating the feel of the drummers he admired. This kind of focused musical immersion worked well for him. Had he concentrated on method books he might never have developed his time and feel, or his sense of what creates a great groove. He also learned the grooves that worked for successful drummers and how each fill should have a function in a song. He learned lots of little tricks studio drummers used to help focus the listener’s attention. For example, Porcaro would often not crash on the downbeat of the first verse following the intro, in order to leave room for the opening vocal entrance to make a bigger impact.

As a teenager, Porcaro planned to become an artist and wanted to attend art school, but it was expensive, and he needed to raise money for it. Fortunately, he got a lucrative offer to tour with Sonny & Cher, which would allow him to earn his tuition. But there was a catch — he had to leave high school before graduating. After explaining the opportunity to his school (and how much he’d be paid), administrators let him leave for the tour, and eventually sent him a diploma even though he never took his last exams. The Sonny & Cher gig led to touring and recording with Seals & Crofts. Then, when Jeff was still only 21, Steely Dan’s Walter Becker and Donald Fagen stopped into a club, heard him playing with a fusion band, and liked his drumming. They offered him the opportunity to tour with them. Porcaro still had a much better–paying gig working with Sonny & Cher, but quit to work with Steely Dan, which he thought was the most happening band in town. Ultimately, this decision was a smart one, even though he took a substantial pay cut to do it. That tour led to recording a couple of tracks with the band, which blossomed into requests for his skills from many other artists. Fortunately for us, that art thing didn’t work out for him.

Read some interviews with Porcaro, and you’ll notice how self-effacing and humble he was about his incredible abilities. He said he had terrible independence, was a poor reader, and hated playing shuffles because they’re so hard. In the same interviews, you can hear him heap compliments on the players that he respected. He held studio drummers like Jim Gordon, Steve Gadd, Jim Keltner, James Gadson, Ed Greene, Vinnie Colaiuta, Rick Marotta, and many others in his highest esteem.

Porcaro would always show up for sessions early, partly out of sheer professionalism and to get drum tones before the other players arrived, but also because he knew he wasn’t a strong sight reader. Arriving early allowed him to look over charts to see if there were any rhythms and parts he’d need to figure out before the other musicians clocked in. This weakness also helped him focus and listen very carefully, a skill he developed as a teen playing to records. If he missed a rhythm on the first run-through, he’d make a point of remembering it and nailing it on the second pass.

Porcaro often became nervous before sessions or gigs, especially if other drummers were around. For example, he once said one of the reasons he came up with the ghost note patterns heard in songs like “Rosanna” was that he once got nervous during a session, and his left hand started shaking badly. It made a chattering sound on his snare that sounded cool, so he channeled that into playing ghost note patterns. It’s hard to know if he was being completely serious or having a laugh. Regardless, he was a master of using ghost notes to deepen his grooves.

One of Jeff’s signature grooves is the pattern he played in Toto’s hit “Rosanna.” He created this beat by combining elements from three other well-known grooves. The first was known as the Bo Diddley beat, which is a 3-2 son clave feel Porcaro used as the basis for his bass drum pattern, except in a triplet feel. He also used the half-time feel from John Bonham’s groove in Led Zeppelin’s song “Fool In The Rain” to put his snare accent on count 3 and give the song its laid-back feel. His third borrowed idea was the Purdie shuffle, which has ghost notes in the gaps of the hi-hat pattern. It is named for Bernard Purdie, who played the groove on Steely Dan’s song “Home At Last”. Jeff morphs all three of these grooves together to create his original groove.

9. STAY IN THE MOMENT

Porcaro had a great sense of humor and an upbeat and positive attitude that other musicians found contagious. There was no pretension about him. He was funny, down to earth, and very likable. As you watch videos of him drumming, you can’t miss the sheer joy he got from playing. He seemed always to be grinning and interacting with the other musicians and always connected emotionally to the music.

Porcaro had strong chops, but he hated to play solos, because he felt drums were there to lay down the groove. He claimed to never play solos, and that he had a mental block about them, although in the song “I Don’t Hear You” by Boz Scaggs he comes close to one.

These thing might be useful for every drummer who wants to pursue a professional career, just like Jeff. Go for it and let the groove rule!