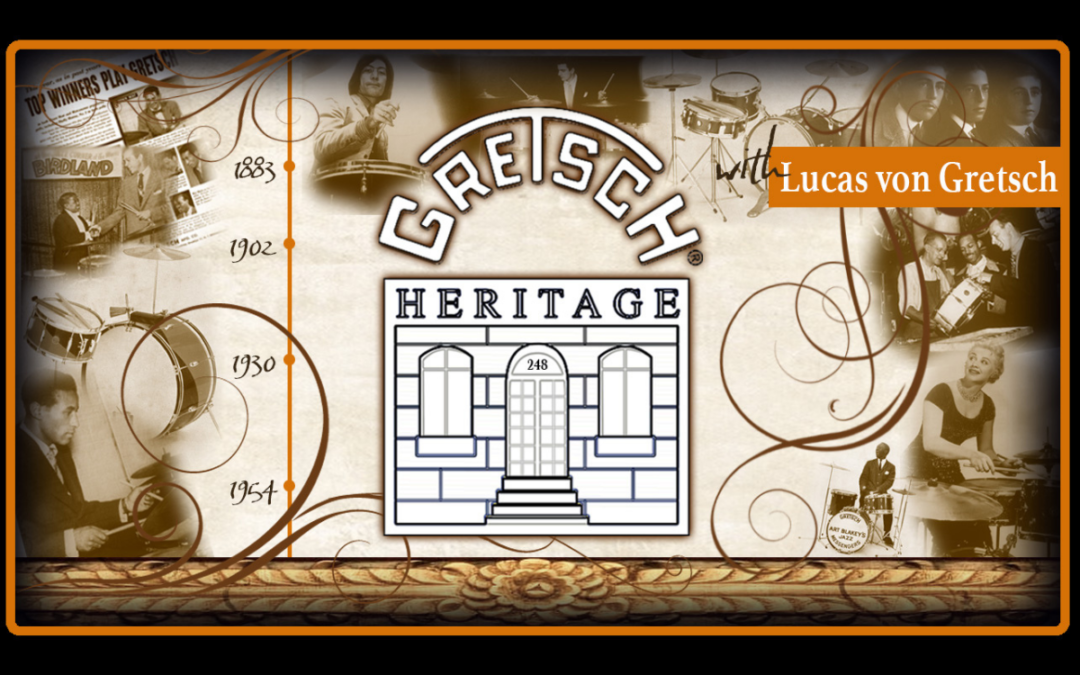 Gretsch Drums are launching a brand new live stream show called ‘Gretsch Heritage’. Every other Wednesday, each episode will feature special guests who continue to play important roles in the ongoing story of Gretsch Drums today. 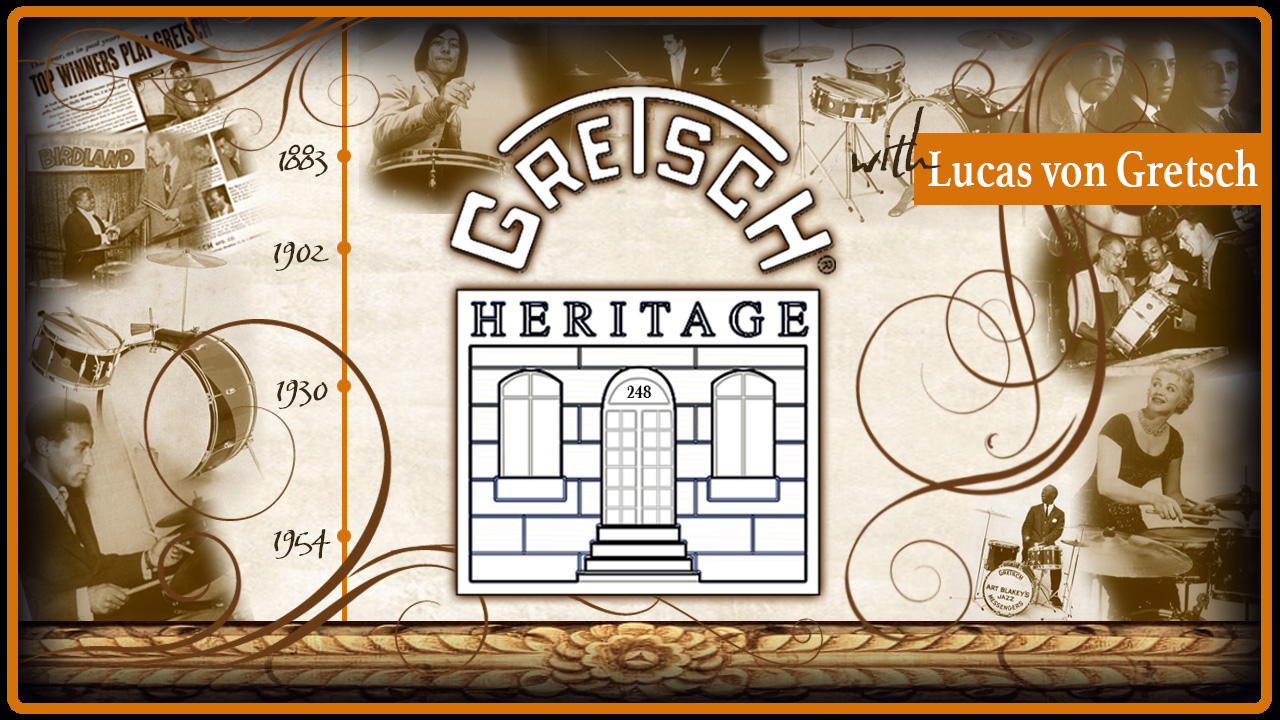 The first episode of the new show, hosted by Lucas Von Gretsch, a 5th generation Gretsch family member, is called ‘Alone on a Steamship 1872-1895’.  It looks at the early history of the brand, focusing on the company’s founder Friedrich Gretsch. Later episodes chronicle the legendary drum company’s history and reveal the challenges and successes of his ancestors.

Special guest in the first episode is long time Gretsch drums endorser, Mark Schulman who has toured, recorded and performed with some of the biggest names in the history of pop music including P!NK, Billy Idol, Cher, Foreigner, Velvet Revolver, Sheryl Crow, Stevie Nicks, Tina Turner, Amy Grant and many more. Mark is a prolific session drummer, a music producer, audio engineer and co-owner of West Triad Studios, a recording venue located in Venice, California. Mark joins Lucas for a live discussion about his career, influences and history with Gretsch. A further guest spot features one of the skilled artisans at the Gretsch factory talking about their area of expertise and answering any audience questions. 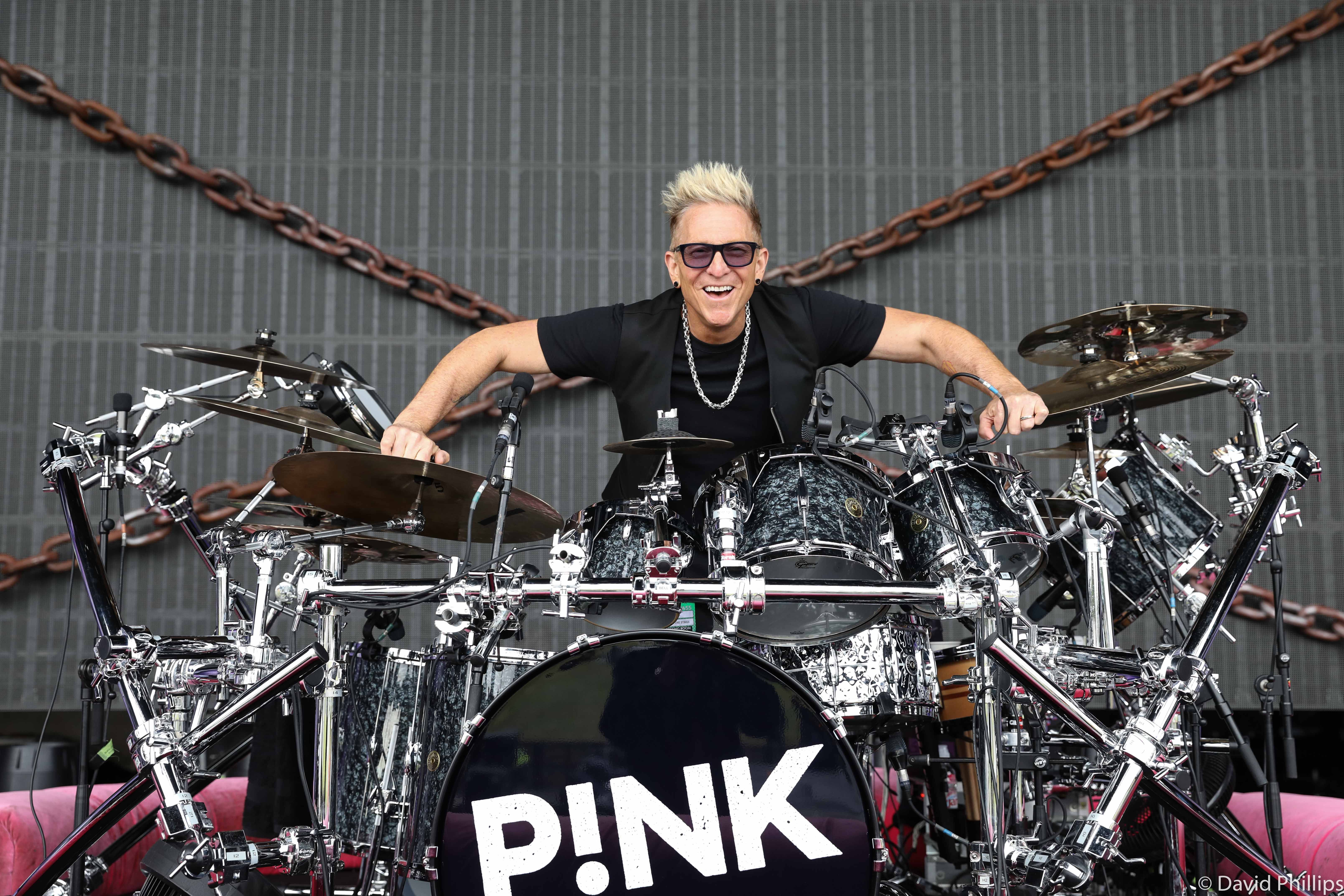 Commenting on the show Lucas Von Gretsch said: ‘I’m looking forward to hosting the Gretsch Heritage show. It’s going to be a comprehensive behind-the-scenes look at the family, history, artists and artisans behind That Great Gretsch Sound!”

Starting Wednesday 14th October 2020, at 10.00am PST, the Gretsch Heritage show also offers the opportunity to win prizes in the trivia question on the day.  The show information can be found on Drum Network, the source for all Gretsch live streaming shows and online programming.

To find out more about the Gretsch drums, go to: www.gretschdrums.com/.