DrumCraft Series 8 Acrylic in the studio 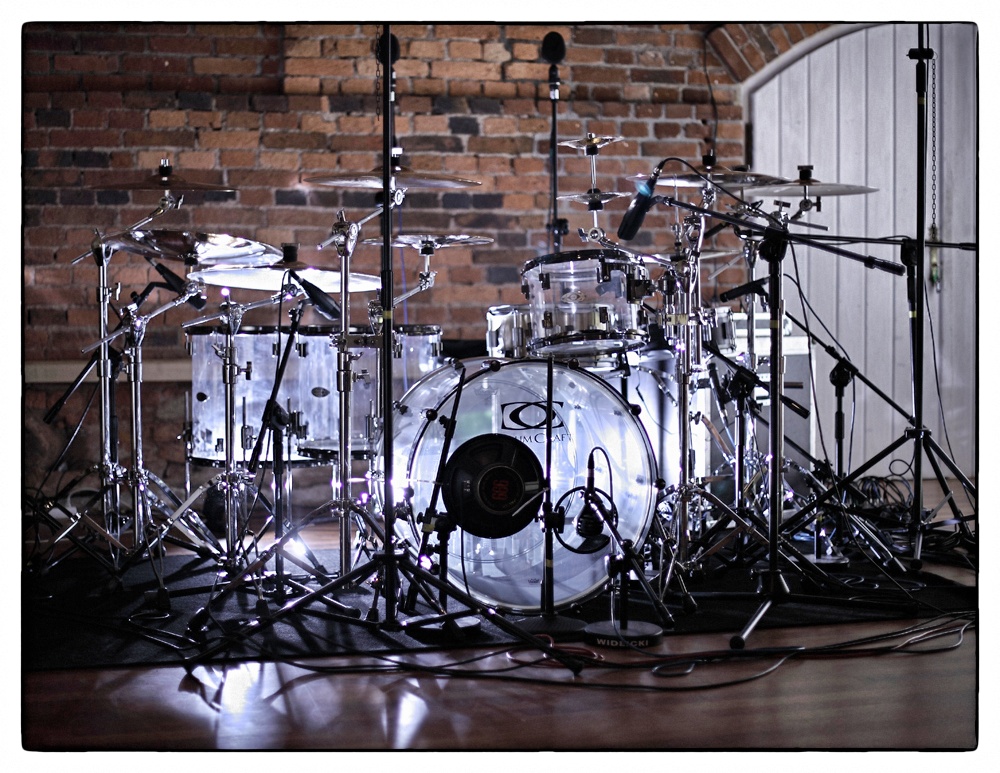 Many drummers have wondered on numerous occasions whether an acrylic drum set could be a reasonable alternative to the relatively safe choice between maple and birch. After all, it DOES look quite cool, especially when nicely lit by the beams on the stage. Besides, who hasn’t seen pictures of John Bonham or Tommy Lee behind a kit like that? However, one of the questions that are most frequently asked in this case is: ?What do acrylic drums actually sound like??. Bartek Czerniachowski (our Chairman), who is an official DrumCraft endorser and has access to such type of gear, has decided to possibly shed some light on the matter or perhaps even provide an answer to that question, which is asked by those who are considering making such a purchase.

The presentation was carried out and recorded at the RecPublica studio in Lubrza, Poland. The establishment is very conveniently located near the A2 motorway, approximately 70 km east of the German-Polish border crossing in Świecko. Mr Chairman set up his DrumCraft Series 8 Acrylic kit there and invited three friends, who – it just so happened – also played bass, so as to record a few pieces of music played by a rhythm section and show what an acrylic kit could sound like with the bass guitar. All this under the supervision of Patryk Żukowski (sound engineer) and Michał Zimmer (instrument tuner). The only method of interfering with the drum sound that took place during the session was using different tunings. The snares which can be heard on the project are: a 14?x5? aluminium shell and a 13?x5? maple shell, both from DrumCraft.

The bass drum, with a Remo Powerstroke 3 head on, sounded the way a 24″ drum would be expected to sound like. It produced a lot of low frequencies and the attack was strong. We even had to put a dampening pillow inside the bass drum because without it the sound started to live its own uncontrolled life (acrylic does not absorb sound waves in the same way as maple). Having done that, we managed to change the situation by 180 degrees and the bass and power blew us away!!!

The toms, with Remo Pinstripe heads on, displayed (just as the bass drum) a great deal of attack, yet, they maintained a fat and “tarry” (the Chairman’s copyright) quality.

The DrumCraft Series 8 Acrylic kit requires some technical and articulation skills from the player and may not sound equally as good in every genre of music. Its pitchy, muddy and sludgy frequencies will most probably disappear in a heavy metal rumble but could be found very becoming in the context of rock, alternative or even (regardless of the kick drum size) gospel and fusion.

We leave you with the results of the session.