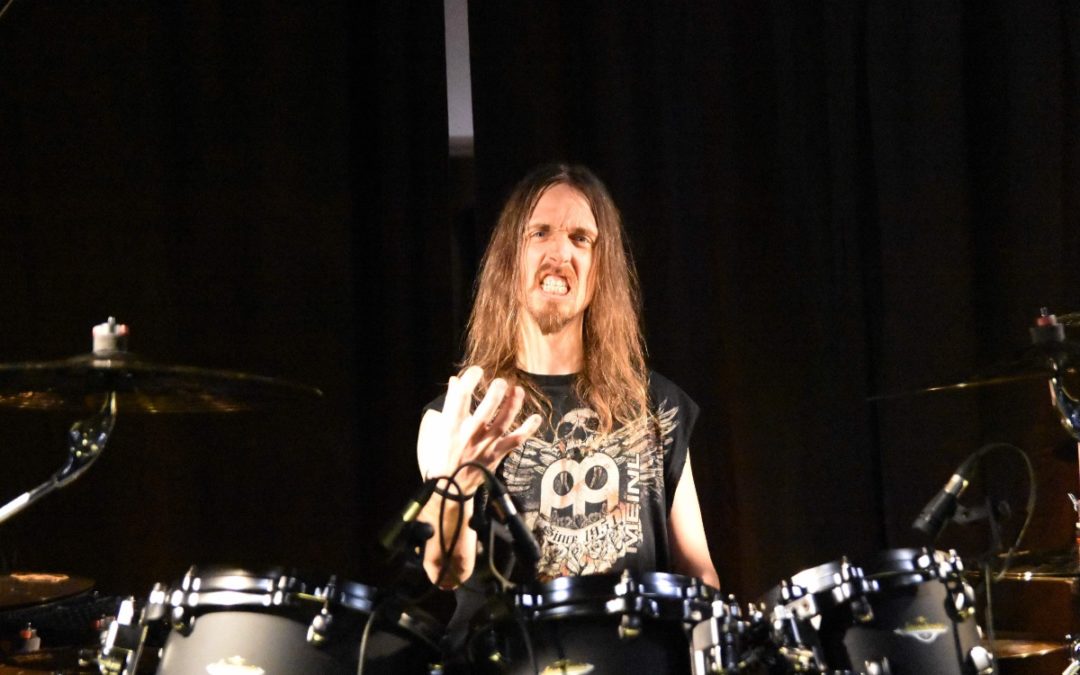 On October 10, 2018, as part of the grand opening of the new seat of the DrumCenter store in Bydgoszcz, Poland, a drum clinic was hosted by Dirk Verbeuren. The Belgian drummer focused the attention of music journalists and fans in 2016 when he joined the legends of thrash metal – Megadeth. We must underline that the man had spent over 20 years making a name for himself as an educator, session drummer and a member of Soilwork – Swedish melodic death metal specialists. 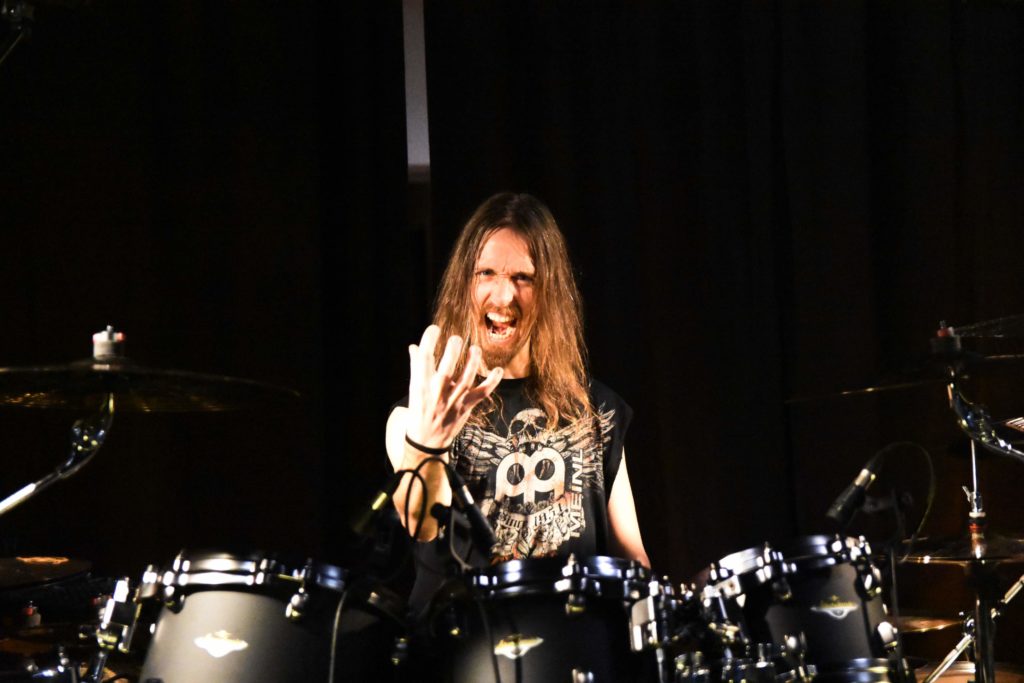 Obviously, we jumped at the opportunity to hook up with the man and talk about his drum kit (HERE) as well as do a short interview, which you can watch here. Here is what the man told us about his role in Megadeth, being a drum teacher and a few other things…

BeatIt: It would be interesting to know how your approach to drumming has changed in the last two years.

Dirk Verbeuren: Great question. Obviously, I’ve been playing for quite a few years and so I kinda have my points of reference, which don’t necessarily change that much at this point. I’m always looking for new influences and new things. In the case of Megadeth, the most interesting part drum wise is the input of the different drummers that have been a part of the band over the years. In my case, I’ve been focused on Gar Samuelson, Nick Menza and Chris Adler, who are the drummers on the songs that we’ve played so far. Of course, I was familiar with all three of them before but it’s a whole different thing when you go into detail. This has definitely formed a fresh approach for me – trying to do justice to their parts as well as the songs and at the same time be me. That’s sometimes tricky and challenging and a continuous learning process.

BeatIt: Has that influenced the configuration of your kit?

Dirk Verbeuren: Slightly, yes. I’ve added a 10-inch tom, taken away some smaller cymbals which don’t really have use in Megadeth. I usually play splashes and a bell, which I have with me today, too. With Megadeth, it’s more crashes and less small stuff. I have been playing with two kick drums for a couple of years, maybe a year and a half before I joined Megadeth so I was already prepared.

BeatIt: How does the stuff you do with Megadeth relate to your previous musical experiences.

Dirk Verbeuren: I’m glad that I had all the time I had and all those years to get ready for this gig because when you join a band or change teams, it’s not only about the drums. It’s a lot about how you fit in. Maybe 10 years ago, I wouldn’t have felt as prepared for this and I might have made some mistakes or felt uncomfortable. Now that I’ve had all those years being on the road with Soilwork for 12 years, working pretty hard with the band, and also all the other experiences – the clinics, the session work that I’ve done over the years. They have all prepared me to join this legendary band, where the level of everything is really high. My goal from day one was, and I said it to Dave Mustaine: ’From now on, you don’t have to worry about drums’. I said: ’The drums are gonna be taken care of, they’re gonna be the way you want them. Don’t worry’. So this is my goal: I come in, the drums are taken care of, and other than that I act as professionally as I can. I always have this mentality that if I’m gonna do a gig, I’m gonna do it one hundred per cent. Even more now that I’m a little bit older.

BeatIt: You’re also a teacher. You’ve been doing that for 20 years. That’s a slightly different experience for a drummer. Has being in Megadeth influenced that part of your professional life?

Dirk Verbeuren: Yes. I’ve had more time to focus on it because with Soilwork I was very focused on the business so there was a lot of time going into taking care of that. With Megadeth, all this is taken care of. They have a big team of people, which allows me to focus more on what I do. I’ve been able to focus more on my lessons and students to kinda build that up. I currently have a nice pack of drum students, who are all just amazing. They teach me a lot about how to transmit my knowledge, and they inspire me to keep doing so. I really enjoy teaching. It’s great!

BeatIt: What are the plans for Megadeth now?

Dirk Verbeuren: Currently, we have one more gig coming up in a few weeks in Jakarta, Indonesia. That’s gonna be our last gig for the ’Dystopia’ tour. Almost three years of touring for that album. Then, we’re writing songs so we’re gonna be in the studio at some point in the next months but I’m not sure exactly when. The touring will continue in the spring next year. We have the Megacruise coming up, and we have lots of other cool things coming up as well. There’s gonna be a lot of opportunities to catch the band next year. I’m really excited!