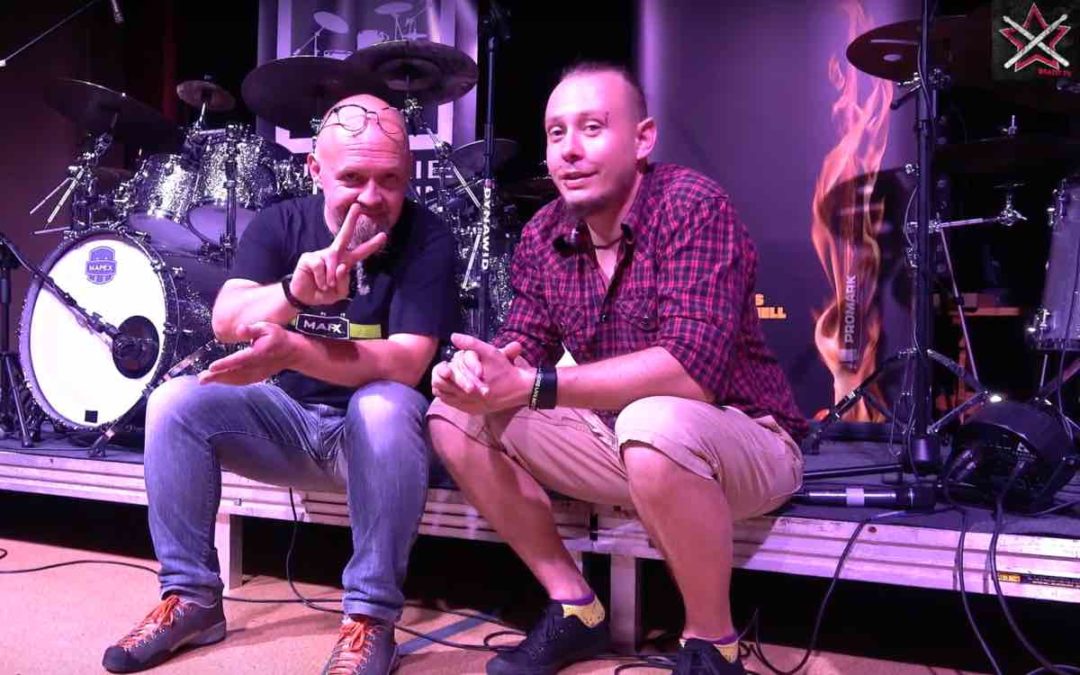 The second Polish edition of the Open Minded Camp conducted by the world-class drummer/educator, Claus Hessler, was held between Aug 4 and 9, 2018. Most of the other Polish media focusing on drums have discussed the advantages of this workshop organized by Szymon Fortuna in great detail. We, however, decided to go further and experience the camp from the attendants’ side. Our report and impressions from the event can be found HERE. Now, it is time to talk to the organizers about the most important thing in life, i. e. drums 😉 and the camp itself. We give you Claus Hessler i Szymon Fortuna… 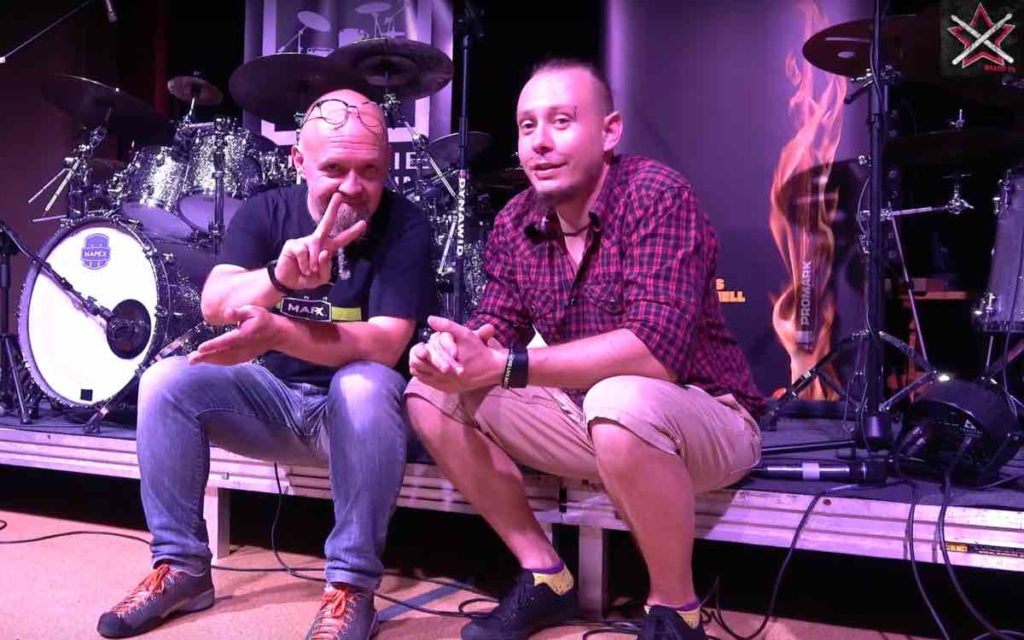 BeatIt: Tell me what’s been going on here.

Claus Hessler: We had a week full of drumming. Drummers from all across Poland, also international. People coming in from China, Germany. I feel we achieved quite a good mix in terms of all-time favorite subjects: hand technique, coordination, independence, etc. On top of that, we were trying to organize for a different view on these topics. I hope we were able to have all the participants gain a different view on the topic and simply take their drumming to the next level, which was the objective. So far, we’ve had a lot of great feedback from them. It was a lot of fun. Intense but fun, so I enjoyed it a lot. I’m not sure how you enjoyed it…

Szymon Fortuna: I enjoyed it too ’cause I do play drums, I’ve been playing for a long time, but I love to learn. Although Justyna and I organize the camp, I wanted to be a participant and to study here so I enjoyed that a lot. I also loved the fact that we made so many new friends with the people who came to study with us. My personal goal with this camp is to learn from the source, get the legitimate information about technique, coordination, whatever is needed for any drummer who plays any style of music. At least with this group of people, I wanted to open their minds to some things that are a lot simpler than they appear to be. There were so many different conversations about certain topics, we were able to cover that, so it was a rewarding experience to have seen that.

BeatIt: Is the camp meant for all drummers at all advancement levels?

Claus Hessler: Yes. If you organize a camp like that, you can never expect to have 50 people at the same level. Apart from the fact that I’m not even trying to have that, it’s important for the participants that everybody can learn something from anybody else in the camp. An experienced drummer, who has already been playing for 25 years, can learn something from a 15-year old, who is not as advanced, but is passionate and has such a special spark that the seasoned pro can learn something from the kid. Just as the kid may learn something from this pro, who has been playing for many years. It’s a give-and-take situation, a community and an exchange happening. That’s also very important at a drum camp – it’s not just information coming from me or Szymon to the participants. It’s also what they do with it and how they exchange that within their own network. This is how music works. Music in itself is a sophisticated, but at the same time an easy form of  communication because it’s very direct. It speaks to your soul. You don’t have to understand a language. I don’t speak a word of Polish except „thank you” and „cheers”. That’s two already. Music speaks directly to people. That’s something that should never be forgotten.

BeatIt: What about the plans for the future of the camp and the ’Open Minded’ philosophy?

Claus Hessler: There are plans for a camp next year, which may start on August 3. It’s not official, but may very well be the starting point for Open Minded Drum Camp 2019. I don’t think a lot will change with regards to the philosophy of the camp because being open-minded is something that need now on our planet more than ever before. I don’t want to go deeper into politics, but being open-minded to the people you meet without shutting yourself down to the rest of the world is very important. Otherwise, there’s no growth or development, no matter if we’re talking about a country or a single person trying to improve his or her playing.

BeatIt: I’m not so young and you opened my mind, so it’s true.

Szymon Fortuna: The idea to call this camp Open Minded came up through my personal frustrations, which probably other drummers are familiar with. I struggled with many aspects, like my left hand or whatever. Generally, I had to find a solution. Whatever I’d done before was resulting in the way I was feeling when playing drums and performing music. I felt I needed to change my perspective and try to see things differently. That helped me get a bit better because it opened my mind. Also, studies with Claus and conversations with him, even little things he pointed out, which I kind of could play and was aware of, showed me that it’s really worth to open your mind and try things out, especially nowadays, with so many possibilities around us. We’ve been trying things during the camp, struggling, maybe some of us were frustrated, but it’s these experiences that will make a change in the future. Might be a small one, might be a big one, but sooner or later it’s gonna lead somewhere. I don’t know where, though.
We don’t want to do is use Claus as a persona, which of course he is. We want to take his knowledge, the valid information he has, the experience and skills to be shared with people, obviously. Also, we don’t just ant to make a camp and spend a week with people. We want to spread the message continuously throughout the year as much as we’re able to ’cause we all have other stuff going on. Rather than make it the main event of that year, we’d like this camp to be an event that wraps up our collective members’ activities in the last 12 months through questions and conversations. I would really like the camp to be a meeting place rather than the main event.

BeatIt: Thank you very much. See you next year.

BeatIt: We will be there for sure. I’ll sing in right now.

Szymon Fortuna: Everybody’s invited. I’m one hundred per cent sure you’re gonna have a good experience. If you want to learn, or just get better and get some experience, I strongly believe you will enjoy this time and investment in your potential drumming future.