Camco: the mysterious story of a legend 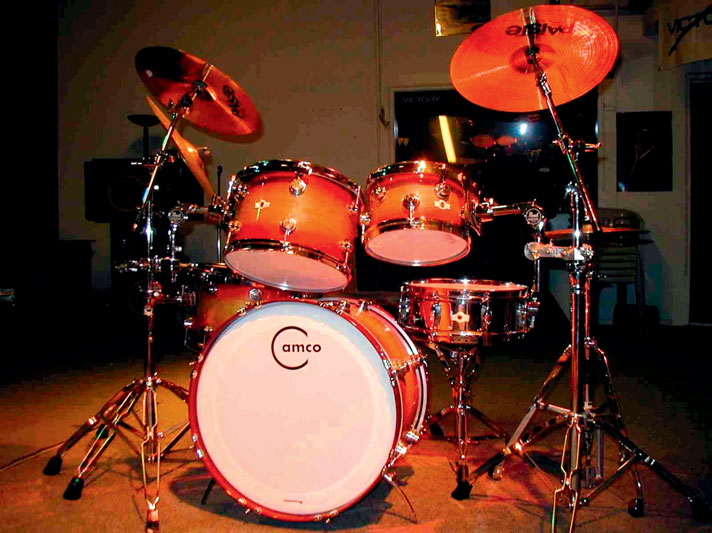 When, as a 21-year-old lad, I moved from my home town of Piła to the city of Poznań in western Poland, I was just a cub who knew nothing about life. The job at Avant Drum Shop (Avant at the time) which I was about to take up certainly wasn’t going to be my last. I simply wanted to study at university and make a living at the same time, which is nothing new in this day and age. Had anybody asked me whether buying and selling drums would give me fulfillment, I wouldn’t have known what to say. I just wasn’t thinking in those terms nor was I able to make any long-term plans having landed in a new town, which was completely strange to me. 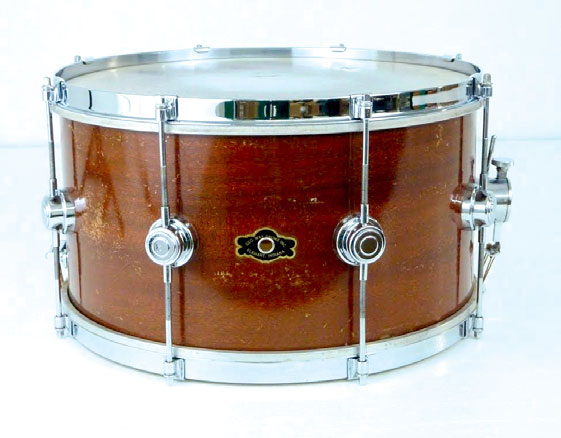 Now I know those decisions were the start of the greatest adventure I could ever have imagined. An adolescent’s hobby turned into a beautiful passion which allows me to earn a living and plan my future. Looking back on that period in my life, I always arrive at one and the same conclusion: a person is never able to predict the future consequences of decisions taken today. 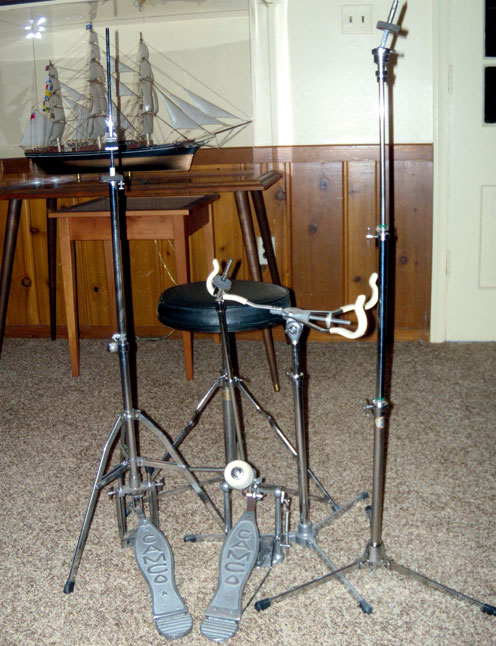 Considering the increased interest in vintage drum gear in recent years, I have often wondered if inventors, designers and drum-building afficionados from th 1950s, 60s or 70s had any idea about the impact their ideas concerning the choice of wood, its amount, hardware, finishes, shell depth, tension rod diameters etc. were going to have in the decades to come. Could they feel the pressure and responsibility, or were they already counting their chickens? Did they think about such things? I don’t think so. 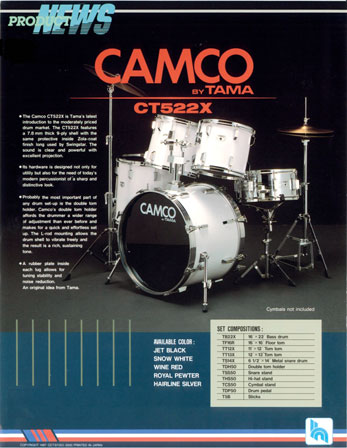 A figure completely obscure to the average Polish drum lover, although very important for the entire world of drums. It was his ideas and solutions (which he implemented about a hundred years ago) that served most of today’s drum companies as a foundation for their prestige and success. George Way began his drum adventure before WW I, when he started to work as Technical Engineer at Leedy (later: Leedy & Ludwig). After the war, he spent nearly a decade in Europe, where he managed to sell over a dozen of his patents,mostly to British companies.

No-one really knows how great an impact George Way’s stay in Europe in the 1920s had on drum manufacturing. What we know for sure is that top companies, including Premier, Hayman, John Grey, Duplex, Sonor, or Trixon, copied a great deal of the American inventor’s ideas. In those days, patent law was not as strictly abided by as it is now and a lot of significant ‘details’ were simply ‘borrowed’ absolutely consequence-free.

In the 1940s, Mr. Way returned to Leedy, also lending technical support to Slingerland, Rogers and some other American companies at the same time. Eventually, after years of perfecting his knowledge and skills, George Way opens his own production facility in 1955. The “Geo.Way Drums” company was based in Elkhart, Indiana. The name Camco surfaces for the first time a few years later, when George moves his production to a Chicago suburb, which was called Oakland at the time.

In the early 1960s, Camco was a small company manufacturing hardware elements for Mr. Way, who simply took it over and changed the name of his own products to a catchier one. George Way dies in 1969, and his widow sells Camco to a company called Kustom (based in Chanute, KS), which resells the brand. Eventually, in 1973 Camco production finds its seat in Los Angeles. If we are to believe Mike Dolbear’s article (which I have no reason to question), that’s when things started to go really bad. Bad management caused Camco to go out of business in 1979. The production line was closed and the company was split, which I talk about in the next paragraph. By the late 1970s, the American market had already been divided among such forces as Ludwig, Gretsch, Slingerland, or Rogers. I would suspect that the disappearance of a tiny Camco wasn’t even noticed. 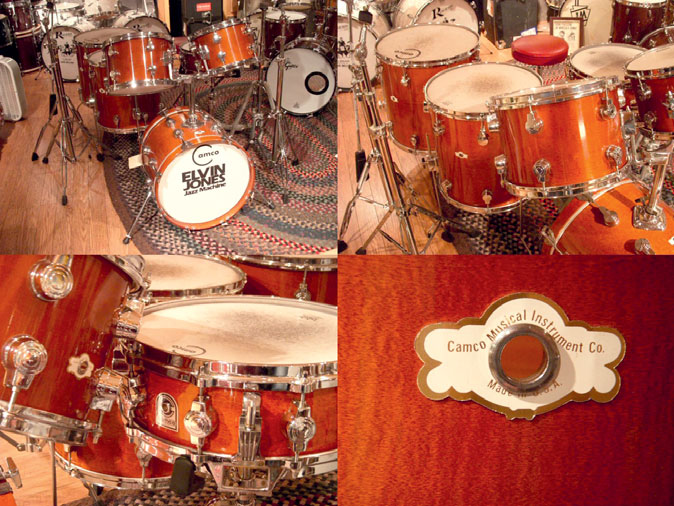 The key moment in Camco‘s history came when it was acquired by a fledging company called Drum Workshop and Tama. Generally the division was fairly simple: DW took over the machines along with the characteristic hardware design (turret lugs in particular), while Tama acquired rights to the “Camco” name. Through doing research for this article, I found out there was a third ‘annexationist’. His name was Ray Ayotte, who went on to create such brands as Ayotte  and Taye. A fact which is not so often talked about: Ray took over Camco shells and all the elements connected with wood. 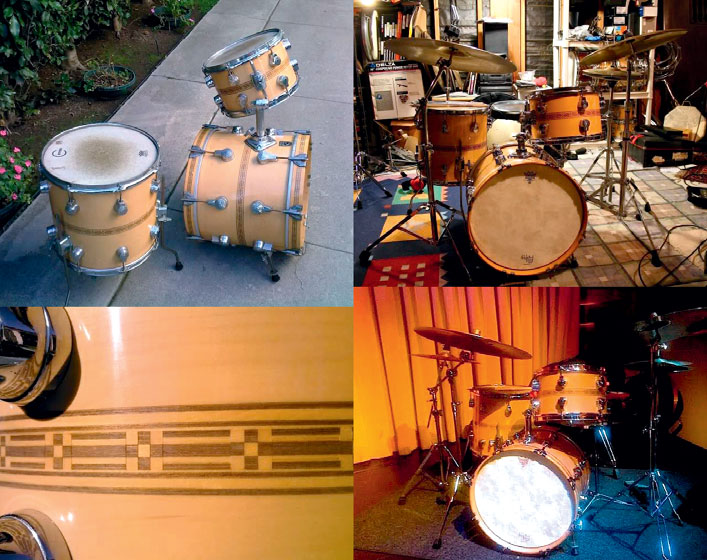 WHAT CAME OUT OF ALL THAT?

The DW story is quite interesting, but devoid of any major twists. Drum Workshop was originally a drum school offering private lessons and occasional drum shows and workshops. The business must have been going well because Don Lombardi and John Good decided to go into manufacturing drum accessories. They started with the Height-Adjustable Trap Seat, which had a nice compartment to keep useful accessories, and became so popular that DW decided to keep up the momentum and focus on producing solid and durable hardware.

This is where Tama and Drum Workshop’s paths cross. DW found itself in the right place at the right time. Having bought an entire production line from Camco, including a whole lot of finished semi-products, they saved a lot of time and effort not having to build their position from scratch. The products basically unchanged since those days include turret lugs (designed by George H. Way), tom mounting rail, bass drum claw hooks, and shell structure, i. e. thin plywood plus reinforcement rings.

DW’s genuine market success is the 5000 pedal series. Those were classic Camco pedals (a version of which Tama also produced some time later) with a nylon strap instead of a chain. The difference between Tama and DW was/is in the cams and footboard design. After the success of the single pedal, it came time to make twin pedals, hi hat pedals, and other accessories. As we all know, DW hardware is synonymous with reliability and high quality. I personally have had a brush with slightly younger hardware from DW (late 1980s) and I must admit the quality was really high. When used properly, those products are virtually indestructible.

Building snare drums and drum kits is a different story, which deserves a separate text. Let me just say that for over 20 years DW used ready-made Keller shells, which are very highly regarded by drummers and studio engineers. 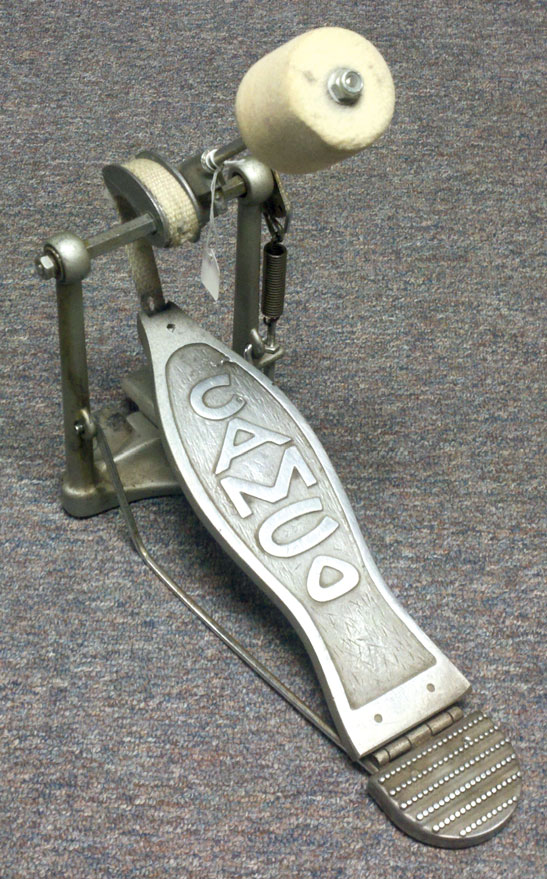 The Japanese company seemingly acquired much less, which was merely the right to use the Camco brand name. In time, it turned out it was the Tama Camco pedals that gave Tama products recognizability in the world of drums, as well as opportunities for expansion in the US market. The popularity of Tama Camco pedals was such that virtually every drummer was aware of their existence and quality. Camco bass drum pedals were used by many big names on the drum scene and, possibly, all Tama endorsers. Although rather delicate, the mechanism was fast and basically failure-free. Until the introduction of the Iron Cobra (which, to a degree, benefited from the experience) Camco was the most sought-after kick pedal in the 1980s, receiving high marks even today.

Fun fact: Tama manufactured a Tama Camco drum kit in the early 1980s. It was based on original Camco maple shells, also using turret-like lugs (although with a slightly longer side element). The finish was natural lacquer with a characteristic pattern located centrally on the shell. As far as I know, there are only five (5!) of them in the world and they all are probably owned by collectors. The only kit of that sort (truthfully named Tama Camco) that was ever shown in public and officially endorsed by Tama (though never in a catalogue) belonged to Elvin Jones, who was the only widely known Camco artist. TAMA Camco, that is.

Should anybody be interested, that very set can be bought in the US for a modest 18,500 dollars. You can sell your apartment and enjoy playing a living legend of a drum kit. 🙂

1987 saw the introduction of another ‘Camco By Tama’ kit. Sadly, all those in the know were not impressed. The Japanese company slapped the ‘Camco’ label on a simple Rockstar, i. e. a budget, wrap-finish kit with a tin snare drum and mediocre hardware. The only difference was that the Camco By Tama kit was made from birch (which meant better quality plywood), and featured a more advanced tom holder, as well as telescope bass drum legs. The kit was quickly recalled and it was the last time Tama ever tried to bring the legendary name back to life, concentrating on marketing the Camco bass drum pedal for the next 10 years. Since 2011, a revamped version of the pedal has been available for purchase after 20 years’ absence. 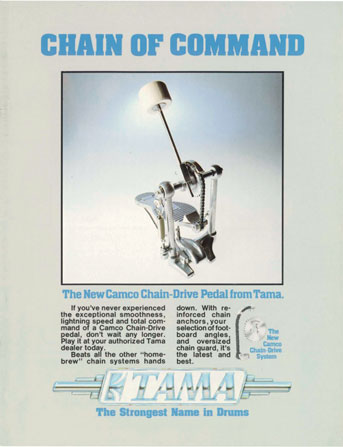 Probably nowhere to be found. Personally, I have never come across a single drum, head or a tiny screw, let alone an entire Camco drum kit. It is basically a unicorn in my country. A secret informer of mine tells me that one of the best recording studios in western Poland has a Camco 14″ x 10″ snare with single-ended lugs in its instrument arsenal! I have not tried it out yet, but I hear it records very well and has already been used by some of the most renowned artists on the Polish scene.

Obviously, I do realize a lot of people in this part of the world may not have a broad knowledge of vintage instruments, which they only associate with Ludwig, Gretsch, Rogers, or Slingerland, remaining oblivious to such brands as Camco, Fibes, or Trixon. For this reason, I cannot rule out a possible instance of someone not recognizing a Camco item and putting it in some glory hole together with a Polmuz or Tacton. I hope I’m wrong, though… 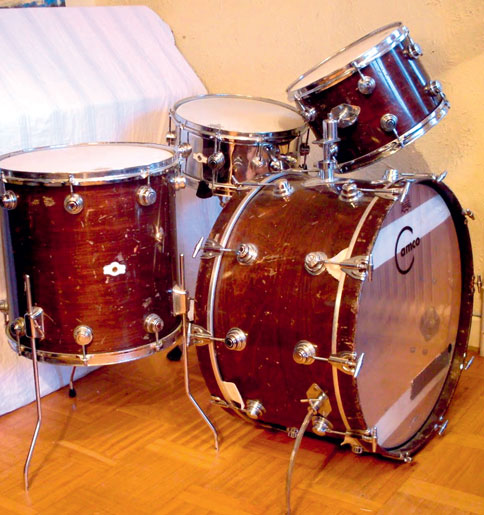 NO MORAL TO THIS STORY

The truth is this was supposed to be a text on something completely different, i. e. technical solutions invented half a century ago and sold today as completely new, state-of-the-art ideas (hence the somewhat meditative introduction), but it got out of hand and took a life of its own regardless of my initial assumptions. All the same, I would say I have only managed to scratch the surface with this article. The best proof of how compelling and broad the topic is can be found on vintage drum forums and websites. Sometimes, it’s all about Camco there. Perfect read on an evening at home with a pint… 🙂

There is no moral today, only a piece of good advice! If you should ever lay your hands on a vintage drum kit with characteristic round lugs, you just might own one of the two highly valued sets in the world of vintage drums: Camco or the English Hayman, which I’m going to write about in detail some other time.

Who knows? Perhaps I will take some time to write about Mr. George H. Way’s legend as well?

Mateusz Wysocki is known to many Drummers and Drummerettes in Poland from his work at the Avant Drum Shop (based in Poznań, Poland). As of this year, he has started his own business dealing solely with vintage drums, which is called MW-Vintage. He is also an active drummer, currently touring and recording with the band Neons of 101, as well as a lover of all things vintage as far as drum kits, snare drums and hardware are concerned. The article was written in 2011.