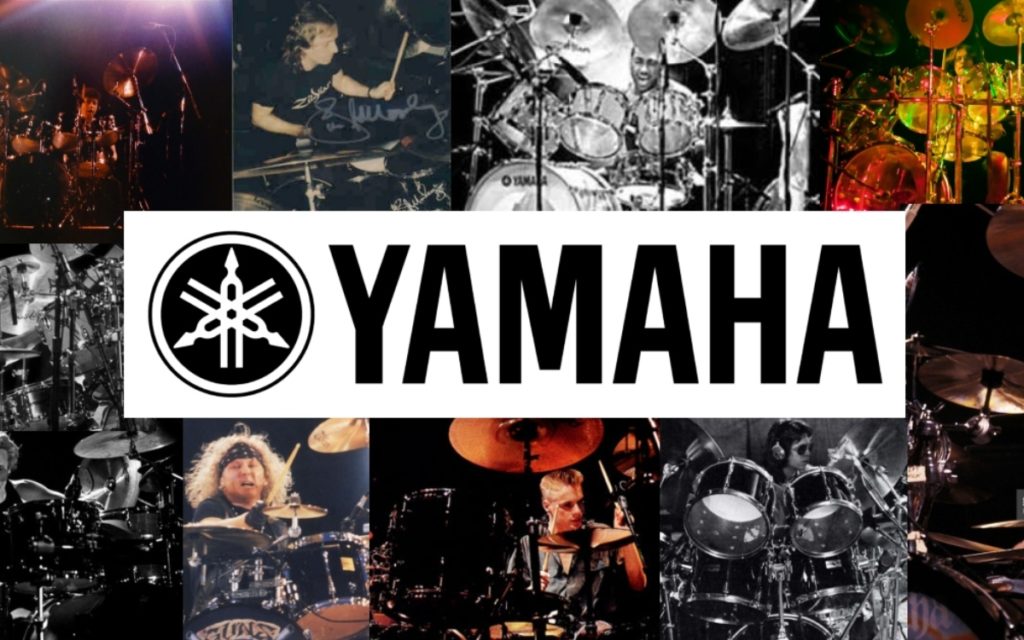 Any musician (the term also includes drum maniacs, at least we think so) knows that Yamaha is a company with an outstanding history in the world of musical instruments. We can safely say that their synthesizers and drums (the Recording Custom kit in particular) have helped define the sound of modern popular music. It is therefore interesting to take a closer look at some of iconic music videos and see which of them feature Yamaha drums. Naturally, the selection was a subjective one. If you have some suggestions as to vids not included here, feel free to let us know. Who knows? Perhaps there will be enough of them to write a second installment?

A tasty shuffle groove plus a few simple but effective fills – that’s the foundation laid by drummer Manny Elias for this huge hit, which reached no. 1 on Billboard Hot 100. The video is just as memorable as the one for the song “Shout” only this one features a Yamaha drum kit, which Manny was using at the time (the same goes for the next hit single for Tears For Fears from that era, namely “Head Over Heels“).

The biggest hit Marillion had in their classic 80s line-up featuring Fish as lead singer (possibly, their biggest hit ever). In 1985, this song received serious airplay from every radio station in Europe (even those on the Eastern side of the iron curtain). TV stations soon followed suit (there was no MTV on the Old Continent at the time) playing this video featuring Ian Mosley behind his monster kit with deep toms. It did make an impression on us, young drummers and many of us still feel sentimental about Yamaha because of that fact…

The single reached no. 6 on Billboard Hot 100. The late Tony Thompson at the height of his powers – after the huge success of Chic and prestigious sessions for Diana Ross, Sister Sledge, or Madonna. The Power Station were a supergroup the drummer co-founded with singer Robert Palmer and two Duran Duran members (John and Andy Taylor on bass and guitar respectively) that’s slightly forgotten today, but it is their albums that best showcase the hitting power Thompson had. And it was a Yamaha Recording Custom kit that was getting a regular bash-in.

A song by a Polish prog outfit, taken from their most critically acclaimed album titled “Moonshine“. The band truly were in great shape (if not at their peak), both artistically and as instrumentalists. The album was released globally on Roadrunner Records. Drummer Wojciech Szadkowski was still hiding behind a Yamaha monster kit. Oh, the song is beautiful, too.

The most recognizeable song that the veteran guitarist and singer from The Band had in his solo career. The track features a magnificent groove courtesy of the great  Manu Katché, while his Yamaha kit can be noticed at times in this interestingly lit video. Great job from start to finish.

Slow Hand portaryed during the most commercial period in his career, accompanied by his live band at the time, which featured drummer Jamie Oldaker (although the song was recorded by Jeff Porcaro himself). Thanks to Jamie, the video features a Yamaha kit, which some of the young drum maniacs back in the day spotted when studying Eric Clapton‘s musical path…

A classic number by one of the most popular bands in history. Drummer Larry Mullen Jr. is one of the iconic Yamaha players, honoured with the Yamaha Lifetime Achievement Award. Let’s be open about it: every kid interested in drums and rock music in the 1980s must have seen this modest video, where Larry plays this characteristic groove using a drum kit with this characteristic logo on the bass drum rezo head. Many a young drummer (including yours truly) dreamed of having a Yamaha drum kit for that very reason…

This song rocketed FNM to top chart positions and international stardom. Rap metal with unforgettable melodies and a killer groovem by Mike Bordin, who has been on the Yamaha roster for just about 30 years. The video serves as the best proof of that fact. It’s still a good watch almost 30 years on. Musically, the track is just as relevant as it was back then. Another video on this list, which made teenage drummers of the day pay attention to THOSE drums…

A video from the era when GNR topped the charts and filled the stadiums the world over. It features drummer Matt Sorum behind his stadium-sized Yamaha, which seems to be a Rock Tour Custom. All the young rockers wanted to play something like that back in the day. OK, there was also Tama, but one just cannot overestimate the influence this band and its drummers had on the face of rock music. Plus, a billion views on YT must mean something…