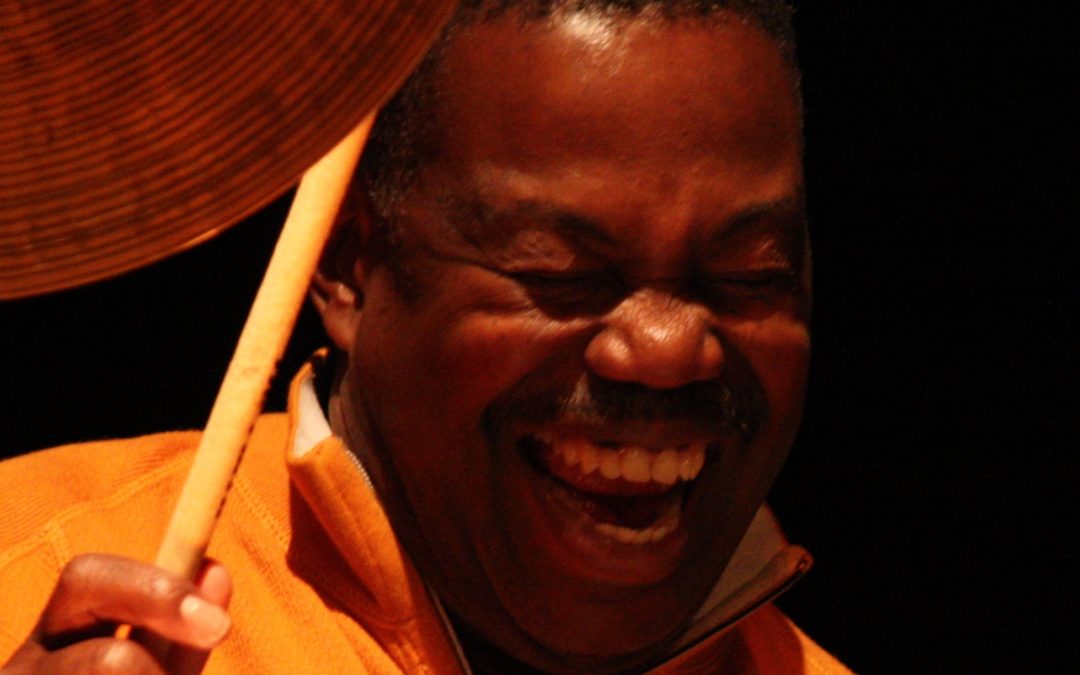 In recent days, we have lost another outstanding drummer, and those interest BeatIt along with our viewers, even if their names have not remained in the collective memory of the broad public though their studio or live performances are known to everybody. The latter certainly is the case when it comes to this musician.

Leon Chancler was born on July 1, 1952 in Shreveport, La. When he was a child, he and his family moved to Los Angeles, where he started to teach himself the drums at the age of 13. As a high school student, he performed latin jazz with percussionist Willie Bobo. Having graduated, he joined Gerald Wilson’s big band.

Mr. Chancler went on to study music education at California State University, During that time, he was offered to join Herbie Hancock‘s band, which he declined as he made a decision to finish his studies. He appeared on Hancock’s 1971 album “Mwandishi” as a guest percussionist. In the same year, Miles Davis himself asked him to join his band, which was an offer he just could not refuse leaving university behind at the age of 19. 2015 saw the release of a bootleg from one of the live performances from that time. It was around that period that Chancler got his nickname “Ndugu” (in Swahili: “brother” or “friend”), which was given to him by percussionist James Mtume.

The 1970s was a period of intensive live and studio work, which resulted in achieving the status of one of the best session aces in LA. At the time, Leon “Ndugu” Chancler collaborated with such giants as Santana (albums “Barboletta” and “Amigos” including the concert tour in support of the latter release), Weather Report (the “Tale Spinnin’” album) or film and TV music score master creator Lalo Schifrin (the album “No One Home“).

In the early 1980s, this hard work and dedication resulted in producer Quincy Jones asking Mr. Chancler to work on Michael Jackson‘s new album, which was to be titled “Thriller” (1982). “Ndugu” played on three tracks: “P.Y.T. (Pretty Young Thing)“, “Baby Be Mine” and, first and foremost, “Billie Jean“. In that same year, the artist received a Grammy nomination for Best Rhythm & Blues song, for co-writing “Let It Whip” recorded by the Dazz Band. The next blockbuster album followed and Mr. Chancler’s playing can be heard on Tina Turner‘s multi-platinum “Private Dancer” album (1984). He was also invited to the studio to perform during the sessions for Michael Jackson’s “Bad” album (1987) and played on the track “I Just Can’t Stop Loving You“.

In later life, Leon Chancler devoted his time to teaching. He became an Adjunct Assistant Professor of Jazz Studies at the University of Southern California, where he created the drum curriculum. He also taught at the Stanford Jazz Workshop summer program held at Stanford University. His advice to aspiring drummers was: “You learn to play all different styles. You really immerse yourself in those styles and really learn them. I don’t mean play at them. I mean get into them.”

Leon “Ndugu” Chanceler passed away on February 3, 2018. According to his family, the cause of death was prostate cancer, which he had been struggling with since 2003.

This is what he had to say about his classic performance on “Billie Jean“: “For me, it was a lesson in musical discipline. A very simple rhythm that anybody can play who can play drums, but the whole discipline of it was just playing that, and being consistent at it.”