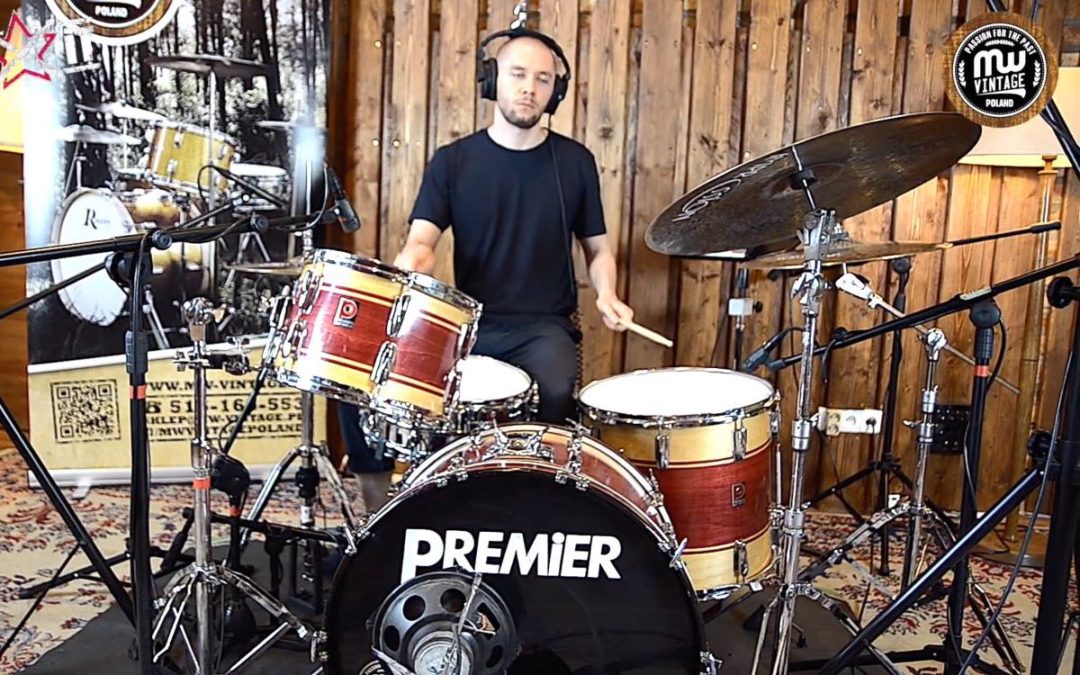 Max first presented the sound of the toms and the kick drum produced by single strokes at different levels of dynamics, then the kick drum together with the toms only to add the snare after a while. The whole thing was finished off with a rhythm figure using all the kit elements as well as performing a groove.

The bass drum of Premier Soundwave that we tested has a powerful and very spatial attack. Toms sound great in low tune, they are characterized by a large amount of low frequencies and the same attack as the bass drum. We think that it should be vintage drums designed to play heavy rock!

Drummers and Drummerettes! It’s time to put the 22″, 13″, 16″ Premier Soundwave drum kit to the most important test of all, i. e. the en.beatit.tv viewers’ test! Exclusively for you, we give you Max Psuja!