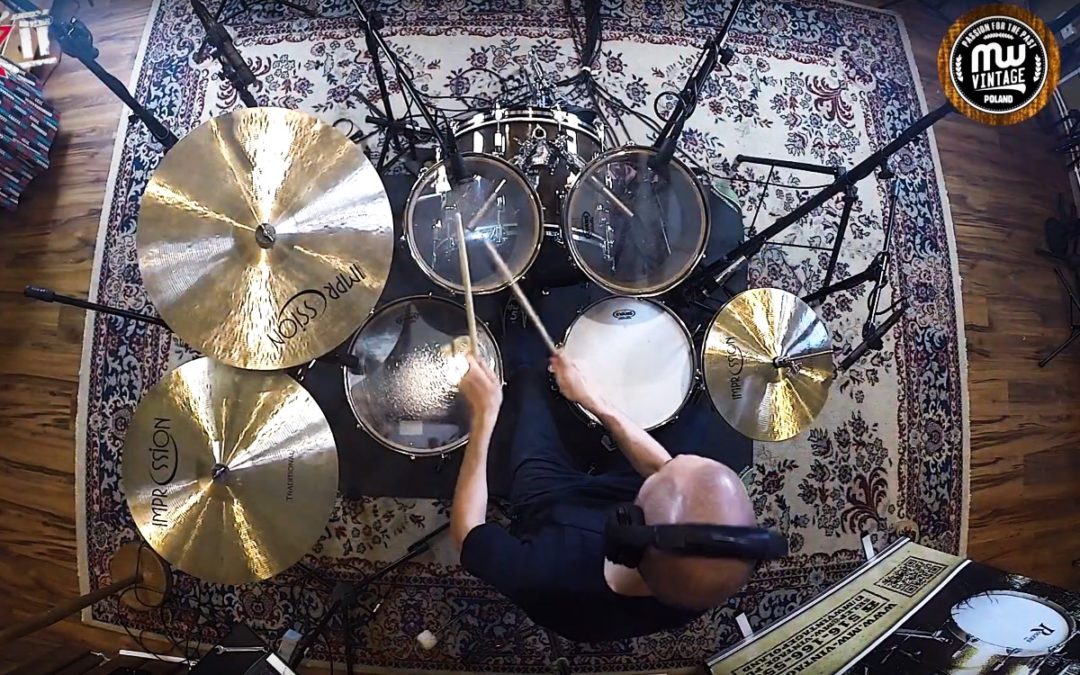 Rogers is a brand that was established as early as in 1849, but it had its heyday in the 1960s. It was then that the world fell in love with Dyna-Sonic snare drums (the chrome-over-brass in particular), which are sought-after to this day on the aftermarket. Another hit from Rogers was the Swiv-o-Matic tom-mounting hardware ball and socket tilting mechanism, which was used by the likes of Ringo Starr of The Beatles, Mitch Mitchell of the Jimi Hendrix Experience, and John Bonham of Led Zeppelin.

According to Mateusz Wysocki’s best knowledge, the Rogers ‘Big R’ kit tested here is from the end of the 1970s. The shells are made from maple/birch/maple plywood and they feature reinforcement rings. The finish is New Mahogany. The kit was made In USA. These are rock drums for discerning players, perfect for the studio and live performances.

Max first presented the sound of the toms and the kick drum produced by single strokes at different levels of dynamics, then the kick drum together with the toms only to add the snare after a while. The whole thing was finished off with a rhythm figure using all the kit elements as well as performing a groove.

The Rogers ‘Big R’ is a professional drum kit with a vintage sound for pros. The toms are deep and low, with a rather quick decay and a very warm attack. You can hear many different overtones, but they are very pleasant to the ear. The kick drum sounds very low. This drum kit is just made for the studio and live concerts!

The drums are available for purchase at MW-Vinage Internet store under this link: http://mw-vintage.pl/rogers-perkusja-big-r-new-mahogany-22-12-13-16/ 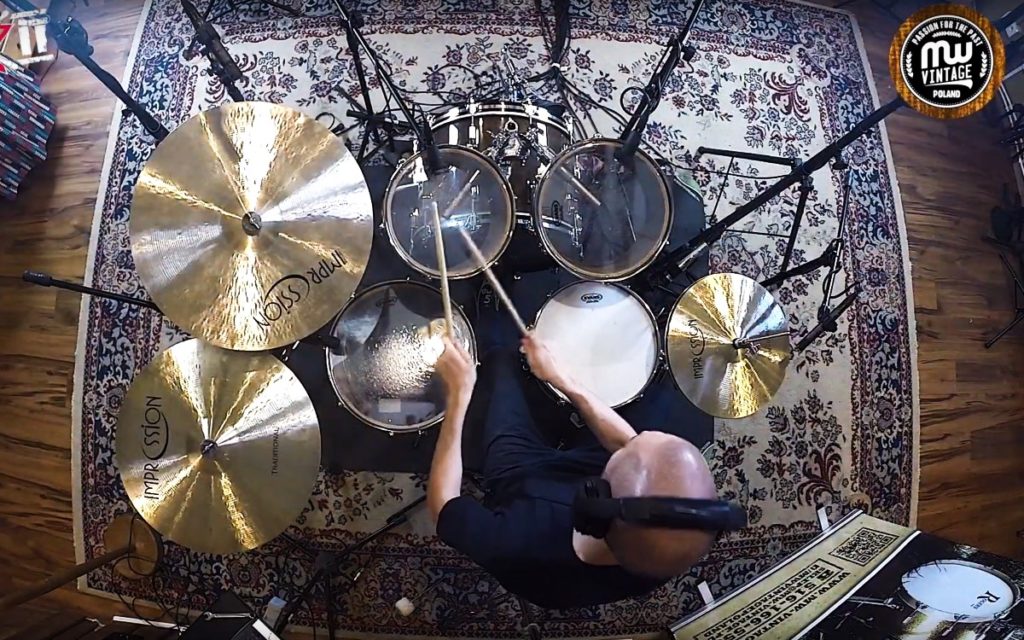