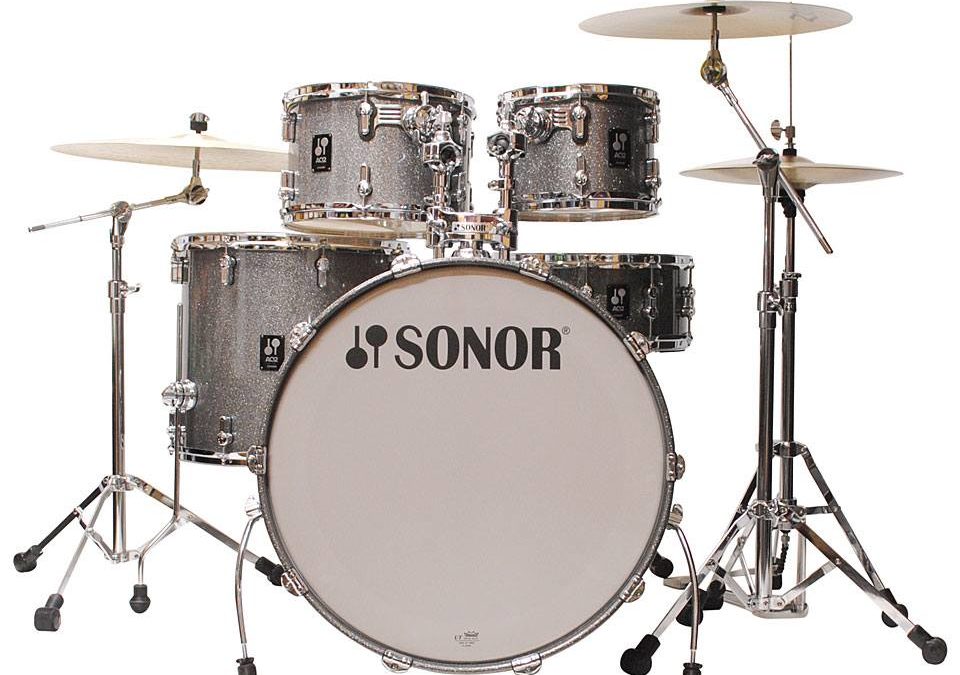 Some time ago, we received a sizable parcel containing two kits: a Sonor AQ2 Stage and a Sonor SQ1. Already when unboxing the kits, it was clear we were in for quite a treat. Let us leave the high-end kit for later and concentrate on the AQ2.

To hit on those drums, we invited one of young and very promising Polish drummers, Wiktoria Jakubowska. She is a graduate of the Karol Lipiński Music Academy in Wrocław, Poland. Currently, she collaborates with the likes of Paulina Przybysz, Agi Brine and Hatbreakers. As a Sonor sound lover, a Sonor Teardrop user and a great drummer, Wiktoria turned out to be the right person to sit behind both drum kits we received from the brand’s distributor – the Musik Meyer company. 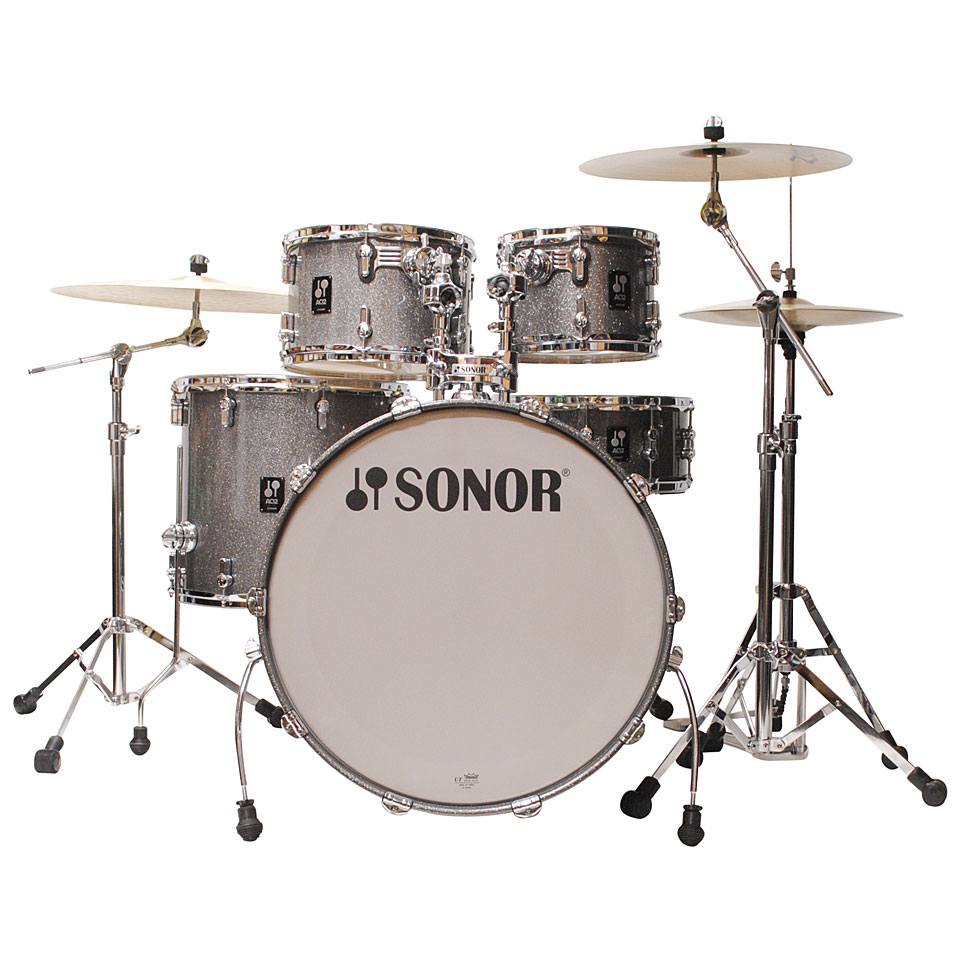 The test was carried out in our own recording facility. The kit is comprised of two rack toms, a floor tom, a snare and a kick drum, which were fitted with Remo UT heads. During the test, Wiktoria Jakubowska also used the following cymbals: 18″ Sabian AA Sick Hi-hat, 18″ Sabian HH O-Zone Crash, 19″ Sabian HHX Fierce Crash, 12″ Sabian Chopper Disc. Our guest performed a beat to the Don Guralesko & Matheo track titled “Otoczony oceanem” (Surrounded By The Ocean).

The Sonor AQ2 Stage is a quite universal-sounding kit. It is characterized by a warm tom and bass drum tone, which also displays depth proper to maple and a considerable amount of low frequencies. When tuning the kit before the Artist arrived, we had no problems achieving a sound satisfactory to a rock drummer’s ear. The kick drum has enough punch and bass, the toms sound warm and full, while the floor tom provided quite a lot of low end. The snare drum is also worth noticing as it was a positive surprise to us. Usually, a snare that comes with a drum kit is the one thing immediately replaced with something with more “character”. In this case, there is quite a lot of that “character”, i. e. the player gets attack and crack, however, not at the cost of warmth. We deliberately didn’t dampen the instrument in order to show how open its sound can be. The strainer works flawlessly and the snares sound quite nice. When putting the skins on the drums, we noticed the tension rods could have used a little bit more grease. We would also like to mention the kit’s tom mount. The tom holder is designed in such a way that the hardware comes into as little contact with the drum shells as necessary, which results in long sustain. 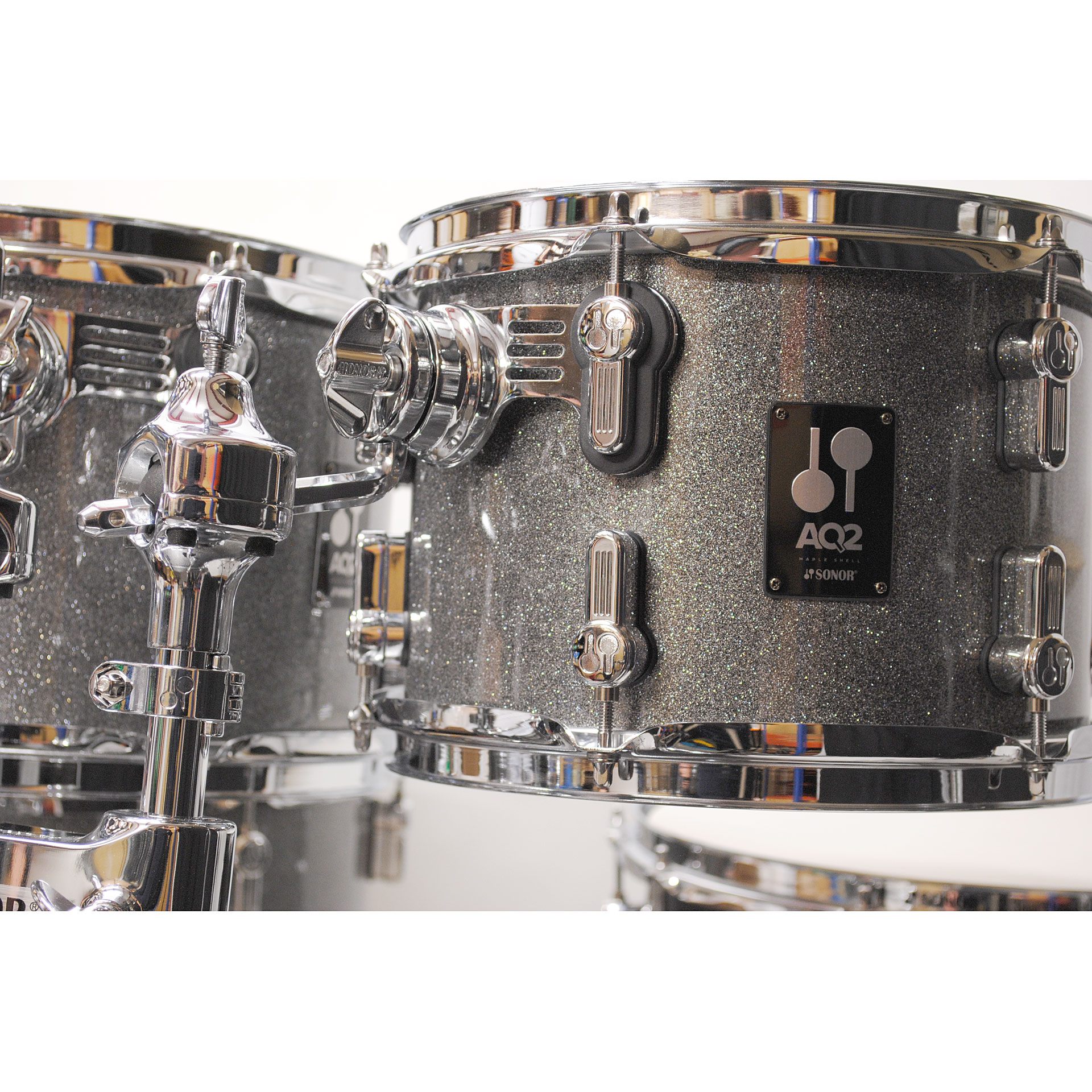 When Wiktoria sat behind the kit, she tuned them according to her taste (which meant higher, more in the direction of hip hop and jazz, the warmth in the sound stood out even more. Just listen to the bit where our guest goes across all the toms – it sounds really nice.

Sonor AQ2 Stage kits are available in five finishes. The finish on the kit we tested is Titanium Quartz lacquer (TQZ), which could be described as glossy graphite. At first, it seemed a bit unimposing but it seemed to win us over with every minute. When bathed in stage light, it will present itself very well. The remaining four are: Aqua Silver Burst lacquer (ASB), Brown Fade lacquer (BRF), White Pearl (WHP) wrap and Transparent Satin Black lacquer (TSB). 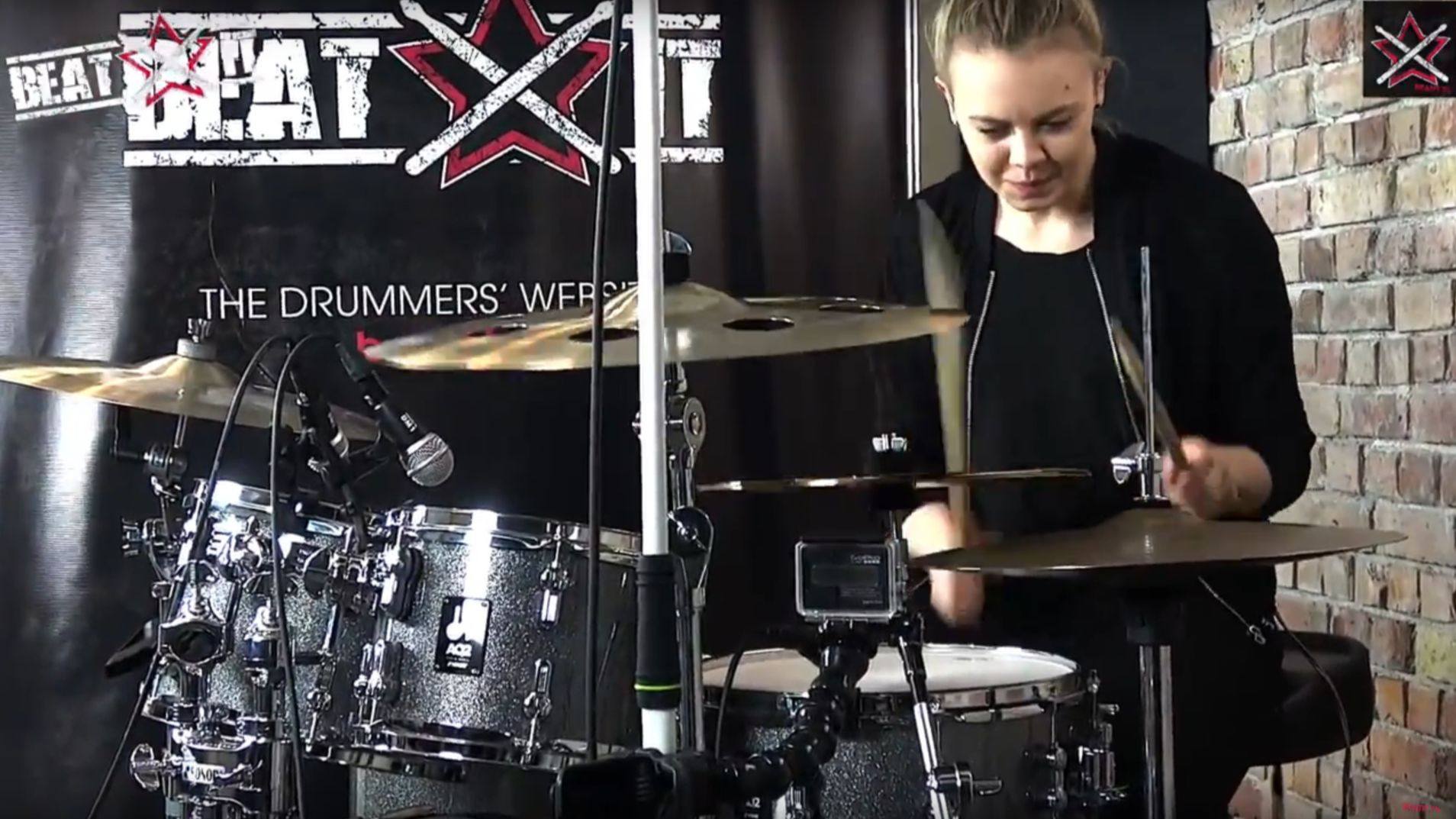 We consider this to be a very good instrument, however, we think we should let Wiktoria Jakubowska herself sum up the whole experience: “The toms on the Sonor AQ2 Stage kit are very resonant and lively, which I really like. They don’t choke up when ringing out and could be used as melodic instruments, which says a lot about how well-matched the elements of the set are. The kick drum sounds very round and warm, with a very nice, non-abrasive punch. The snares on the snare drum resonate a little bit too much for my taste, but the instrument has a lot of attack and crack. Rock drummers shouldn’t complain about it. As far as the consistency of sound around the kit goes, there is nothing left to be desired. I like this set a lot, especially the kick and the toms. These drums sound very natural and that’s exactly what I like.“ 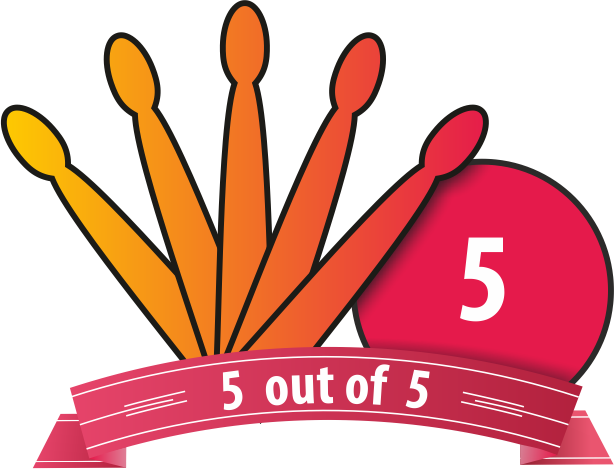 Drummers and Drummerettes! It’s time to put the Sonor AQ2 Stage drum kit to the most important test of all, i. e. the en.beatit.tv viewers’ test! Exclusively for you, we give you Wiktoria Jakubowska!