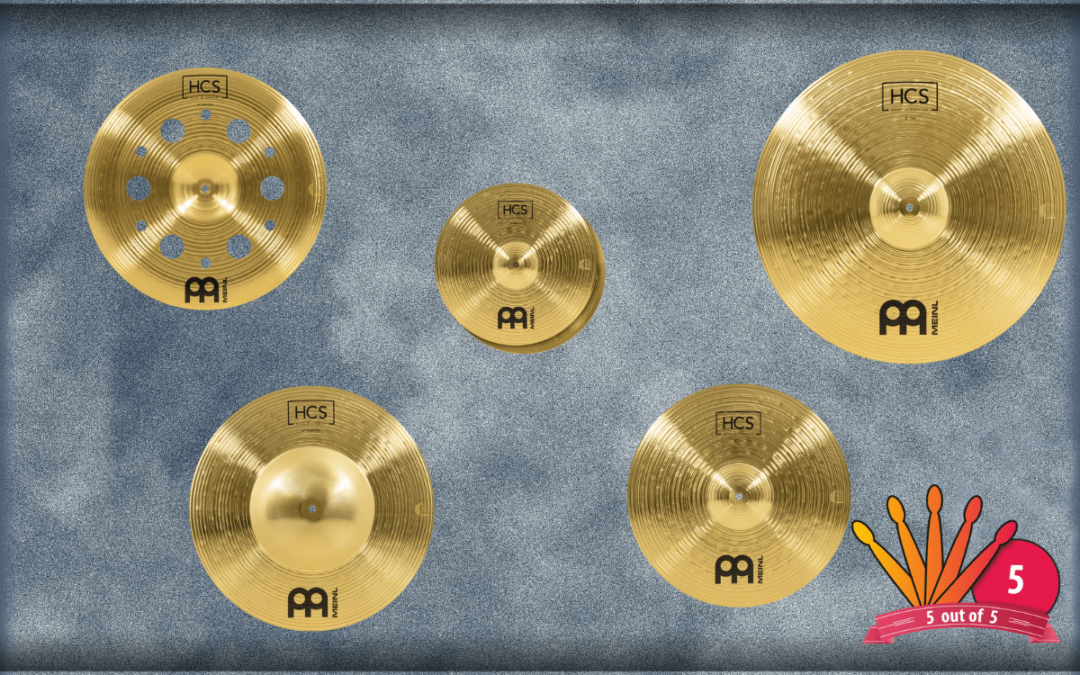 Very recently, we have received a parcel from the German town of Guttenstetten, where the HQ of Meinl Cymbals is. They are also the official Tama distributor in Europe. Due to that fact, the parcel contained a Tama Superstar Classic NEO-MOD drum kit and a set of Meinl HCS cymbals. Today, we present the effects of a video session featuring those instruments. Let us focus on the cymbals today… 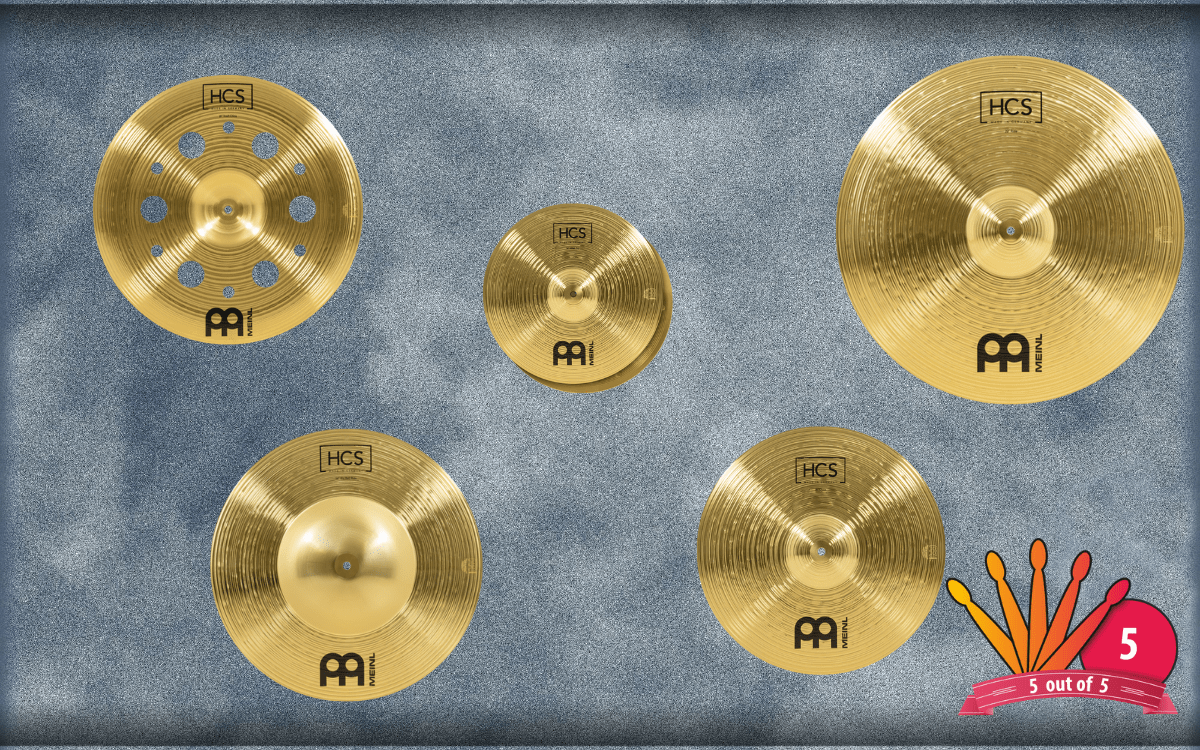 Now is a time of COVID-19 scare, quarantine requirements and restrictions of all sorts. For this reason, we did not invite any drummer to “tap” on the cymbals. On your screens, you will see head of marketing at beatit.tv and chief teaching methods specialist at BEATIT Drum School, Maciej “Blindman” Głuchowski.

We are testing a Meinl HCS cymbal set

The test was carried out in our own recording facility. The cymbal set comprises a hi-hat pair, a crash, a trash crash and two rides. We also used a beech 14″x5.5″ Sonor Ascent snare drum with an Aquarian Texture Coated batter head and a Remo Ambassador Clear resonant head, as well as a Tama Superstar Classic NEO-MOD drum kit.

As all drum manics out there know, HCS is a line of entry level cymbals from Meinl. This year the series has been renewed (with the MCS line discontinued) and expanded, among others, with the 18″ Trash Crash 18, which is discussed below. The cymbals are wide-blade lathed, the finish is traditional with some warm, golden lustre. The range is quite wide for a budget line and includes 29 models, so there is a lot to choose from.

The sonic character and timbre of the set as a whole can be described as quite warm and medium-bright. The sustain is rather of medium length and the volume is somewhere between medium and high. When it comes to the frequencies, the set positions itself in the mid-range with a deviation towards low or high, depending on a given cymbal (the latter impression is probably the result of slightly irritating high frequencies, which is characteristic of cymbals made of a cheaper alloy, regardless of the brand).

If we look at each cymbal separately, we will notice that the 18″ Trash Crash has a relatively short sustain, a bit in the direction of a china. It is a cymbal with character, which will certainly also work as a stack element. It is probably the most interesting in this set.

The 16″ Crash is a classic cymbal of this type. Due to the diameter and type of alloy, it is fairly bright and rather short. We prefer 18-inch ones, but there are many fans of this kind of sound and they won’t be disappointed.

The 14″ hats do not come as a surprise either, neither a positive positive nor a negative one. It’s just a pretty loud pair of cymbals that do the job they are supposed to do.

The 22″ Ride makes a pretty good impression. The bell is a bit too loud in relation to the body, but certainly not irritating at the same time. The body gives a lot of nice wash, and the cymbal can be crashed despite its large size. It is of course rather loud and not so nice pleasant high-pitched overtones appear from time to time, but this does not determine the overall character of the instrument.

The 18″ Big Bell Ride 18″ should be treated as an effect cymbal rather than a ride because the body is quite dead, and the huge bell sounds a lot like a real-life low-pitched a bell. The characteristic is dark and dry-ish, but interesting.

The Meinl HCS cymbals tested here will deliver in many musical genres, from Metal to Pop. While they cannot be expected to successfully replace the high-end ones, some of them can be an interesting addition to a professional set. We consider the whole series the most interesting entry-level cymbal line that we have ever taken under our microscope so far.

Drummers and Drummerettes! It’s time to put the Meinl HCS cymbals set to the most important test of all, i. e. the en.beatit.tv viewers’ test!