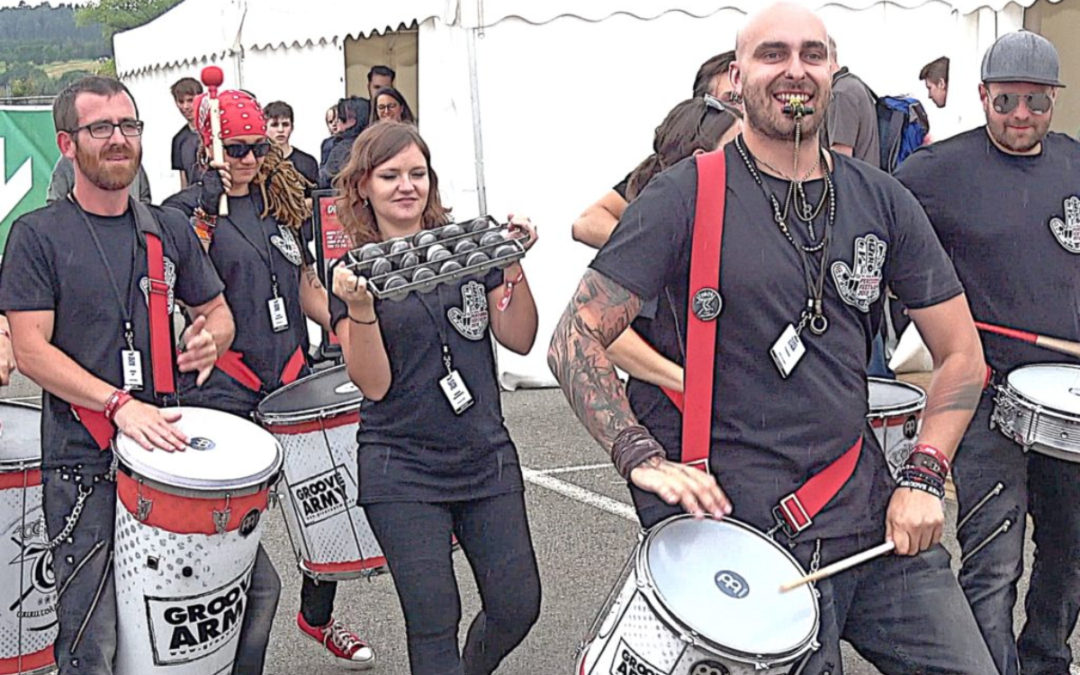 The first edition of Meinl Percussion Festival, which was held on June 23 at the company’s HQ in Gutenstetten, Germany, is already behind us. It must be stressed that it was yet another successful Meinl event, which was organized very well (almost perfectly). From live performances, workshops and drum circles through to an exhibition of  Meinl, VivaRhythm, Nino, Sonic Energy percussion instruments, Meinl cymbals, Tama drum kits and snares, Ibanez and Ortega guitars, Mesa/Boogie amps, the drum-playing soundproof booth, the transportation, food and sanitary facilities – everything was organized with true German precision (as it usually is the case in Gutenstetten). 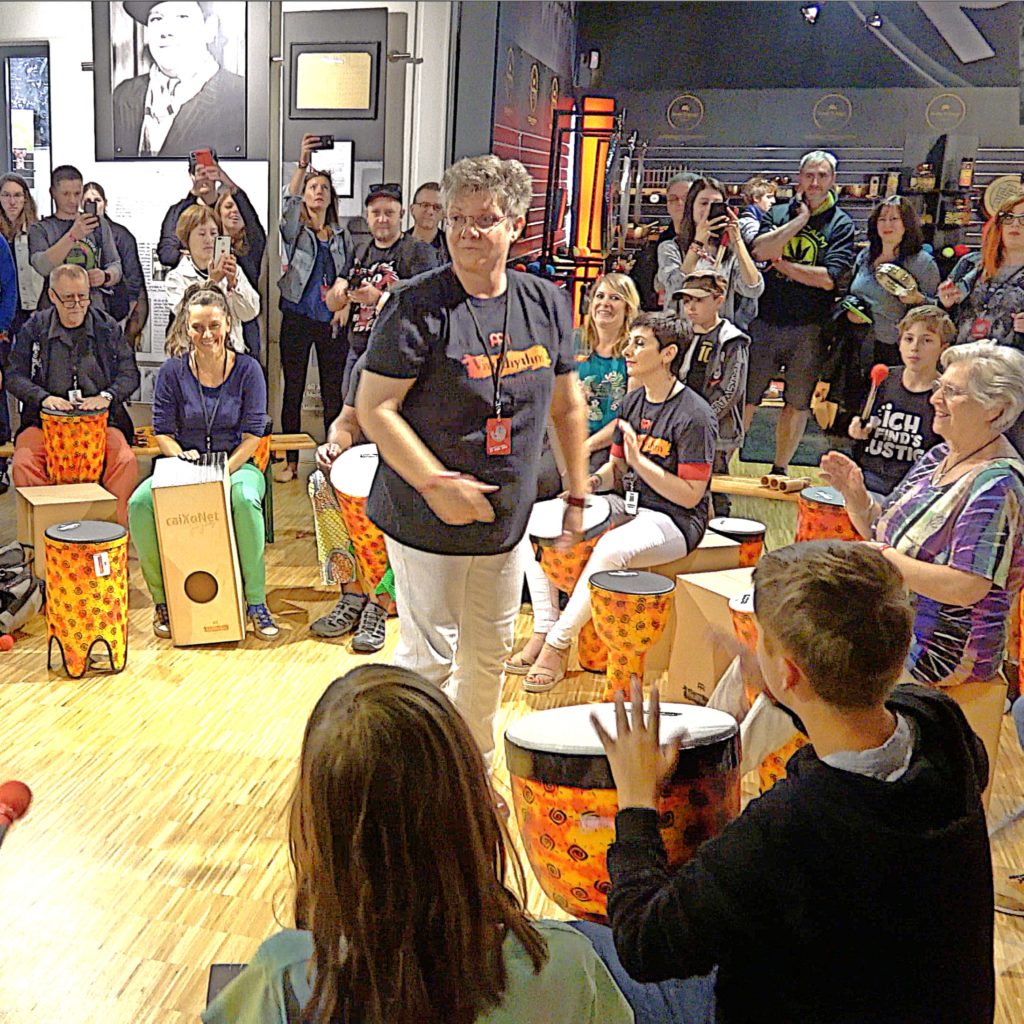 Although we informed about all the workshops and events connected with the festival as it was being organized, due diligence tells us to list them all once again:

All the workshops and drum circles enjoyed large interest. Each of the tents was full of attendants. We saw many participate in every single workshop (e. g. Decapitated drummer, Michał Łysejko didn’t miss out on any opportunity to play cajons, djembe, bongos, conga, darbukas, surdos or gongs. A lot of people came with their children, who there were special attractions for, and the kids could play all the instruments. All of that added to the friendly, picnic-like atmosphere.

A separate realm was created inside the World of Sound tent, where attendants were able to meditate to the sound of gongs, hand pans, steel tongue drums or frame drums. This is where probably the only glitch took place, i. e. the noise coming from the other tents was too loud for the people to focus on meditating. During the next edition (already announced by the organizers from the performance stage), it would be a good idea to locate this workshop in a slightly more secluded and quiet place.

Another valuable aspect of Meinl Percussion Festival was the performance stage. The first ones to take it were the Czechs from Tokhi & The Groove Army. They kicked off their set by walking from the Samba World tent to the stage playing their instruments along the way. Their Brazilian rhythms captured everyone’s attention, the band’s synchronicity was really impressive, the groove promised by their name was there all along, and the ladies in the group not only showed an excellent rhythmic feel but were beautiful to boot… 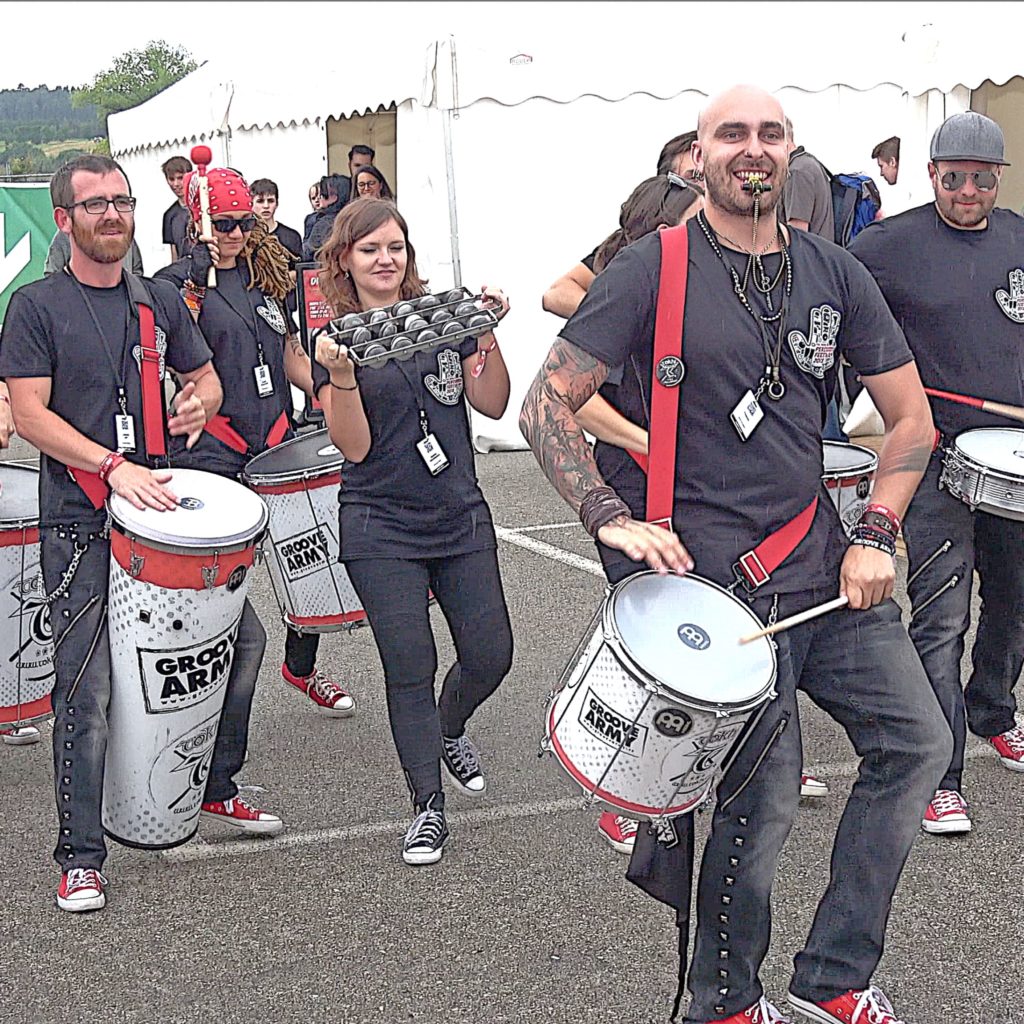 Tokhi & The Groove Army on their way to the performance stage

Die Schlagzeugmafia is a group of top-notch players with a very well-written script and well-rehearsed program. What is impressive about them is not only how they play in synch with one another, but also their acting/miming skills – the audience got to see a drumming illustration of making a pizza when supervised by a mean chef, a “puppet” show, or an entire number based on the use of fluorescent drum sticks. An excellent performance…

The appearance made by drescHHeads was equally interesting and highly entertaining, although based on some of the material they played last year. The duo performed a re-mix of Michael Jackson’s classic “Don’t Stop Till You Get Enough“, where their parts develop from atmospheric, world music-like arrangements only to turn into powerful grooves embellished with short samples taken from other songs by the King of Pop, e.g. “Black or White“. A track featuring several tasty gospel chops by Simon Gattringer was a real show stopper and spiced up the atmosphere.

All the doubts one might have had before the event as to whether it was possible to organize a successful festival devoted entirely to percussion instruments were resolved last Saturday. All those who did not attend may start regretting that fact…