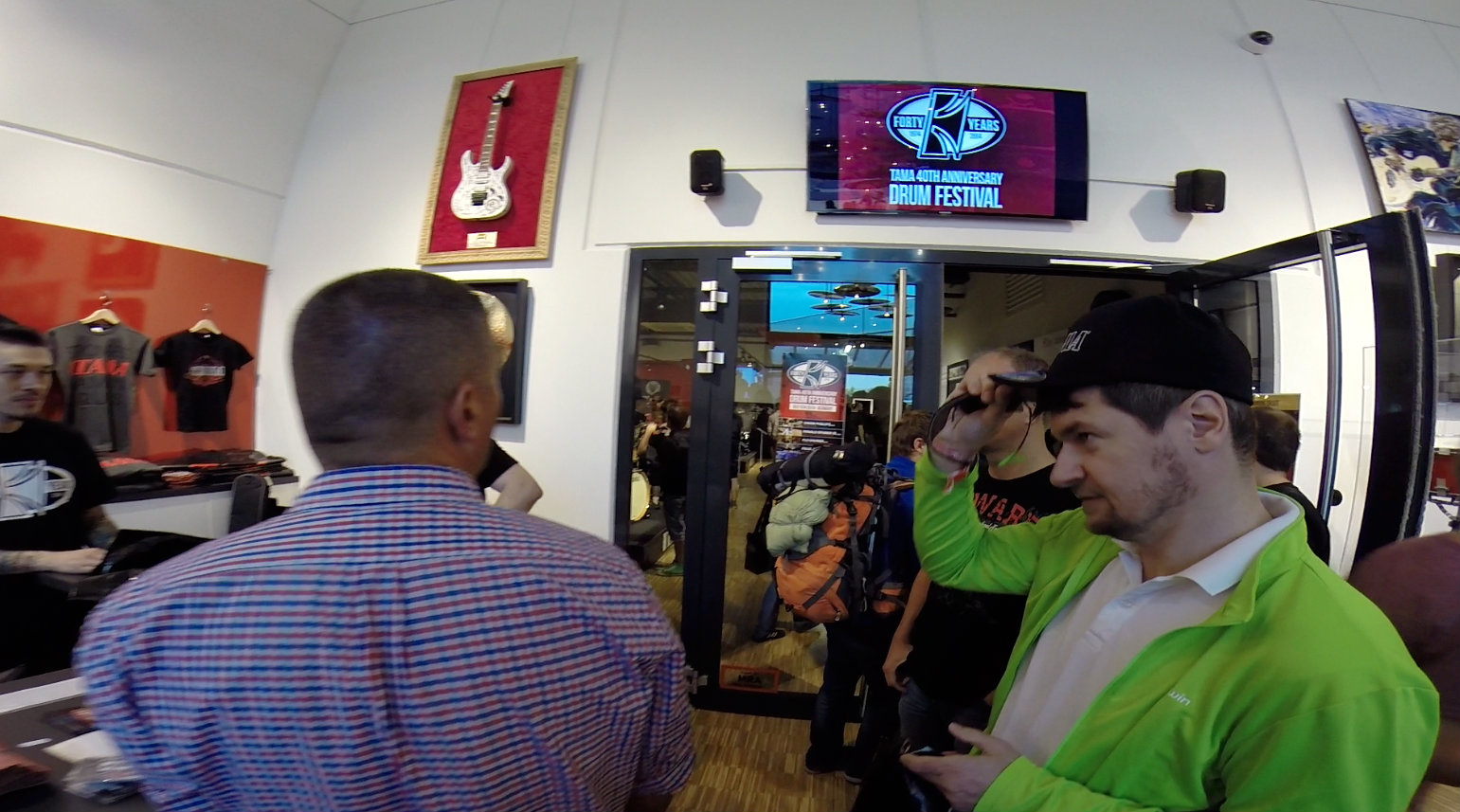 During the entire TAMA 40th Anniversary Drum Festival, our cameras could film everything that was going on in connection with the event. However, before you can admire the performances from all the drummers invited to appear there, take a look at how the representatives of Polish instrument distributors, drum stores, schools, recording studios, media as well as musicians travelled to the site. You can also enjoy an exhibition of classic, vintage TAMA instruments.