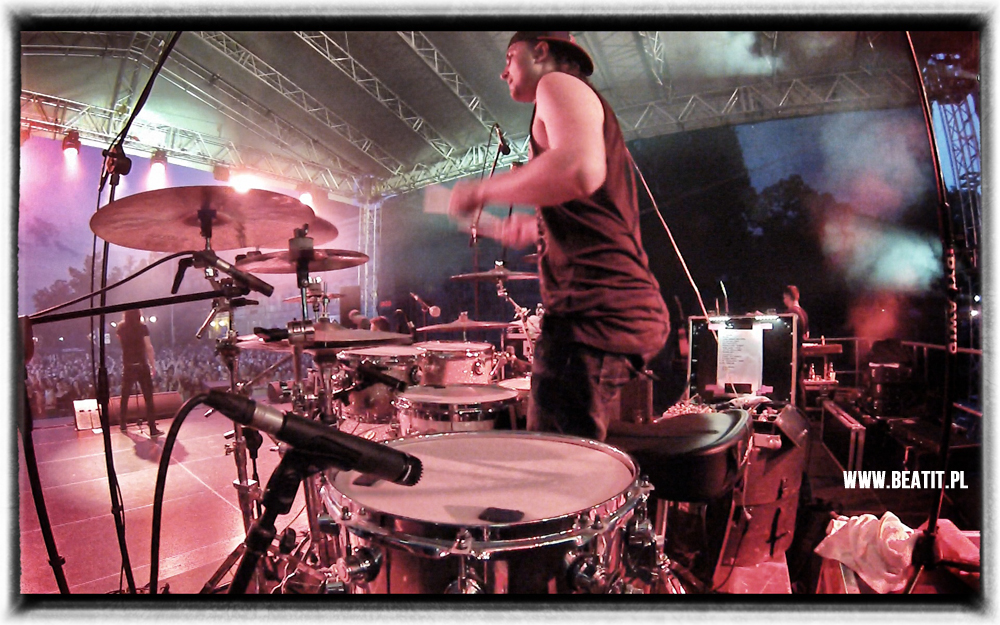 On the 7th of June 2013, the BeatIt team headed for the ancient town of Kalisz, as it was where the rock combo Bracia with drummer Bartek Pawlus were scheduled to play an open-air concert in Bogusławskiego Square.

As you are about to see, they did so with an incredible amount of pure energy soothed with a few quieter moments here and there. Naturally, our man was just as guilty of that as all the other members of the band. A truly enthusiastic reaction of a four-thousand-or-so-strong crowd, which entirely filled the town’s central square, was best proof that this opinion is a correct one. Here is just a short fragment of that event – a track entitled “Jeszcze raz” (“One More Time“). We give you Bartek Pawlus, his DW kit and, of course, Bracia…   Share