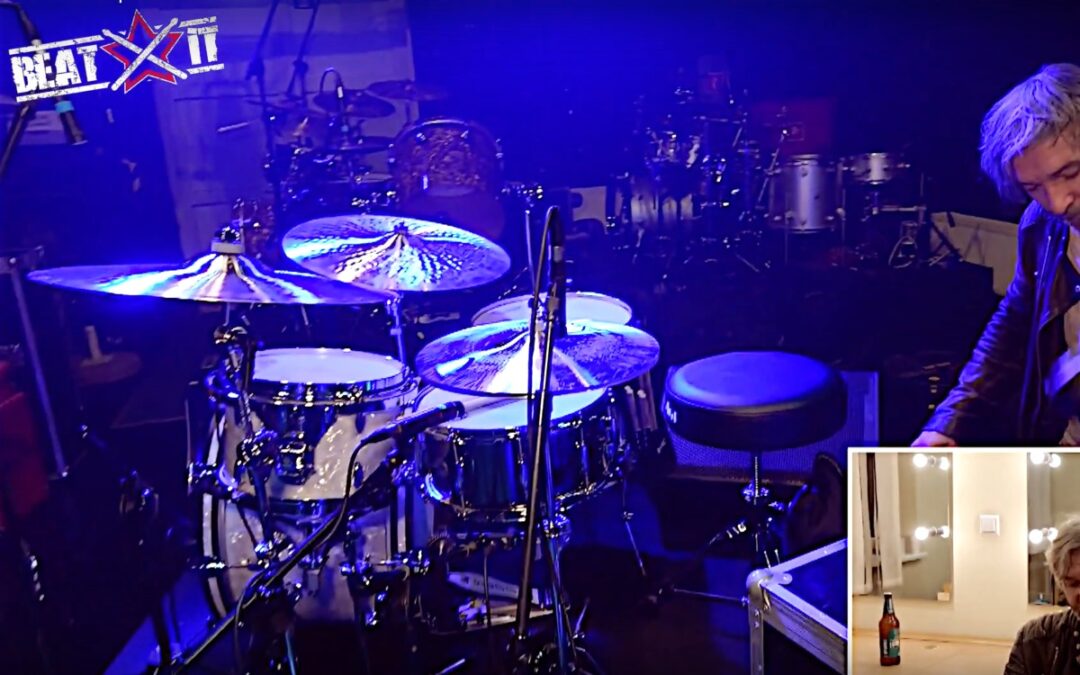 On October 20, 2019, we witnessed the second edition of a drum event called Śląski Festiwal Perkusyjny (Silesian Drum Festival) held at the Chorzowskie Centrum Kultury theater in Chorzów, Poland. The festival bill featured six excellent drummers. Poland was represented by Michał Dąbrówka and Igor Falecki while the internationally recognized artists included the likes of Dali Mraz, Jost Nickel, Derek Roddy and Ash Soan. Naturally, we couldn’t miss out on an opportunity to film the drum kits and have a chat with those stars about drums and the festival itself. Today, we give you Ash Soan… 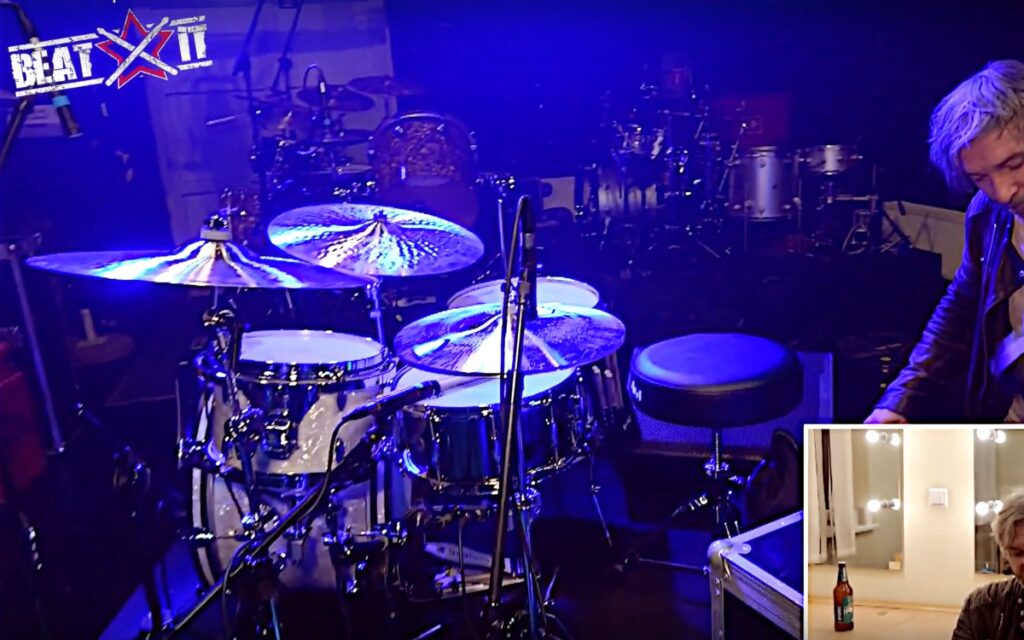 The stands were the old-style flat base DW 6000, which I really love.

The bass drum pedal is a DW 9000, so slightly more updated version with a plate and everything.

The cymbals are all Zildjians: 14” New Beat Hats, an 18” K Dark Crash and a 22” Constantinople Medium Thin Ride on my right hand side.

Skins are all Remo. On the snare drum, it was the equivalent of an Ambassador. On the toms, it’s Emperors on top and the standard bottom heads that you get with a kit. Just clear Ambassadors, I guess. What I would ordinarily do is put coated Ambassadors on the bottom and a coated Emperor on top as the sort of dry sound that I like. Any other companies you might want to mention? Like case or something?

Other than Remo, Vic, Gretsch and Zildjian, I used some drumdots today. They’re an American company that make dampening gels. What I like about drumdots is they’re not messy. There’s a particular brand that if you leave them on your drums for a few months, they turn into this kind of sticky goop that is just awful and you have to get rid of it. Whereas drumdots don’t do that. I really like those. They’ve sent me some stuff but as far as being endorsed, I don’t know what that means but I have a bunch of drumdots, which I really like I do favor them over Moongel, which is actually what I’m talking about.

Ash Soan: Every time I do a drum festival, the same thing always happens. I’m always surprised, I don’t know why. I should stop being surprised. These sort of events are about a drum show, which usually means speed, technique and a lot of drums. I sort of turn up with a rack and a floor, a crash and a ride and I don’t play in a technical, fast way. And yet, I keep getting asked to come to those events. Again, today there was incredible warmth from everyone that’s put it on, the people that have come to the show. I think there’s, like, 400-500 people today. When I’m walking around, it’s just continual love for what I’m doing. So I’m thinking: ’I’ll just keep on doing them if people want to hear me’. There was a particular moment today. I’ve done a few of these now, but there was one guy who was like: ’Thanks so much for coming to Poland!’ as if it was, like, rare. But I’m just honored that I’m being asked and I’ll definitely come back.

beatit.tv: What’s rare is the sight of you. I mean, you haven’t done any festivals like that in Poland as yet.

Ash Soan: Last time I was in Poland was about 10 or 11 years ago with an artist in Warsaw.