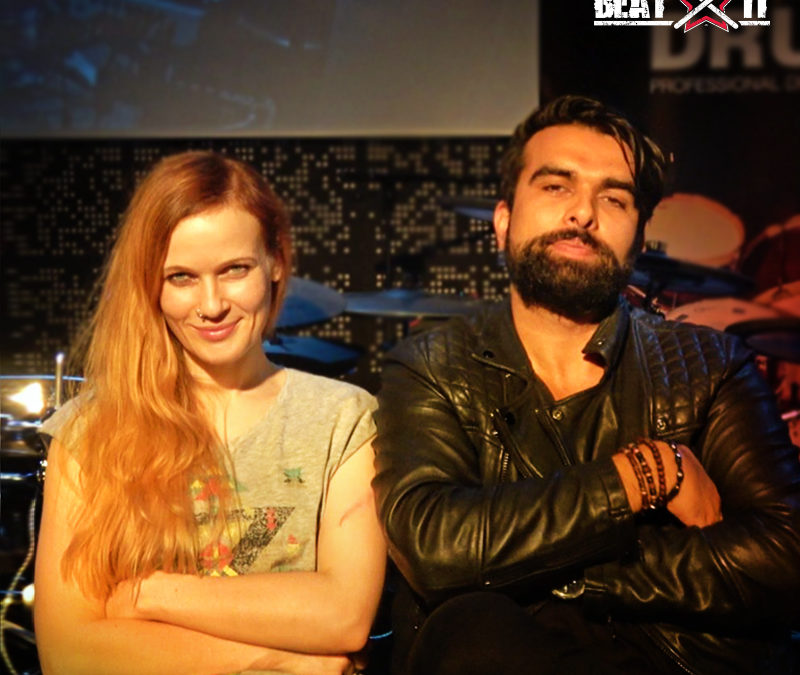 June 27, 2018, saw an event which had also been announced by en.beatit.tv – a Roland V-Drums European Tour 2018 drum clinic featuring Anika Nilles and Kaz Rodriguez. One of the stops during that series of shows was Warsaw, Poland, where the show was put together by  Roland, the Pro Drum store, and BARdzo Bardzo club.

It was a very interesting event, which featured both artists presenting Roland V-Drums kits (TD-25KVX, TD-50KVX), playing together to a few backing tracks by Kaz Rodriguez, performed a number of tracks solo, as well as broke down some of the elements of their playing (Anika explained in great detail her approach to fills and rhythms incorporating septuplets while Kaz presented the ways he applies rudiments in arranging some of his drum parts). There was also one more Roland kit dedicated for audience members, who were invited to play along with the artists. 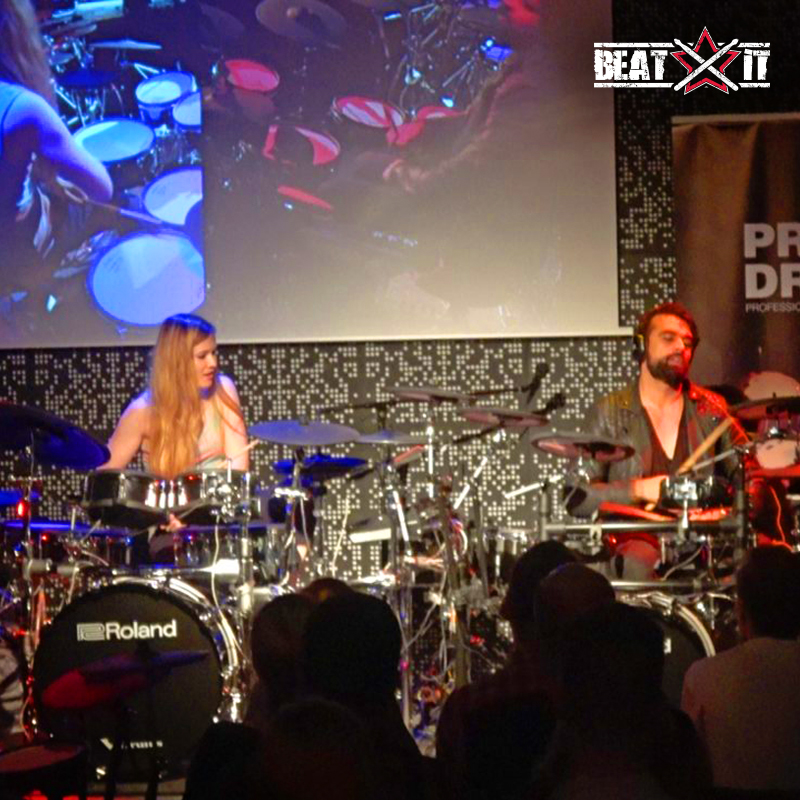 Here are fragments of the exclusive interview with Anika Nilles and Kaz Rodriguez:

Kaz Rodriguez: The tracks that we both compose individually for me are melodies, rhythms, multiple rhythms that allow you to play whatever you can hear. That’s my kind of thing, so I have a few songs that I’ve made from that perspective.

Anika Nilles: Actually, it’s the same with mine. I have parts in the songs where I can go completely free style and then I have fixed parts. This is how I compose songs. I repeat some stuff and then go back to free style on and off.

K. R.: I’m using a three part kit tonight. One is the TD25-KVX with a beautiful KD-180, which is an 18-inch kick drum made of birch. It’s really fantastic. You’ll hear the true power of it through the PA system. I’m using the SPD-SXSE, which is the red version. It has great features like: 16GB of memory. I’m using it as a playback system, so I’m gonna play tracks on it. I’ve got extra pads attached to the TM-6 Pro, which I was really fortunate to be involved with with the sounds. I’ve got that running through pads. That’s pretty much my side.

A. N.: I’m playing a TD-50KVX with a KD-220 bass drum. I have a couple of extra pads – two extra cymbals and one extra tom. In the back, I have an SPD-1 WAV pad. This is where I load my tracks and click tracks separately. That’s mainly what I’m using.

A. N.: Being a member of the Roland family is really awesome! A lot of people don’t know this, but before I stared this YouTube thing and before I became known for the music I create, I did a lot of hybrid stuff with several bands using Roland stuff. My idea was and still is to bring a little more electronics into my music, but more live on stage. I already have that on the albums. I think it’s cooler to play live as well instead of just triggering off a backing track. This is my main idea. Being with Roland is a perfect match because I’ve always used it, so I’m really happy to be a part of the family.

K. R.: It’s a real honour. It’s really great to have one of my best friends there to be on board. I started from not knowing anything about electronics. This is probably 12-13 years ago. I’ve grown since then and Roland really raised me like I was a child in the electronic family. I’ve always used hybrid as a massive element of my playing and I still do today. Wherever I’m touring with my acoustic kit, I always use expansions or full-on electronics. That’s what it’s become now. Electronics has evolved and representing Roland is definitely a true honour for myself, and I’m sure for Anika, too.

A. N.: With every company we’re playing, it’s an honour to endorse the family – Roland, Tama, Meinl, Zildjian…