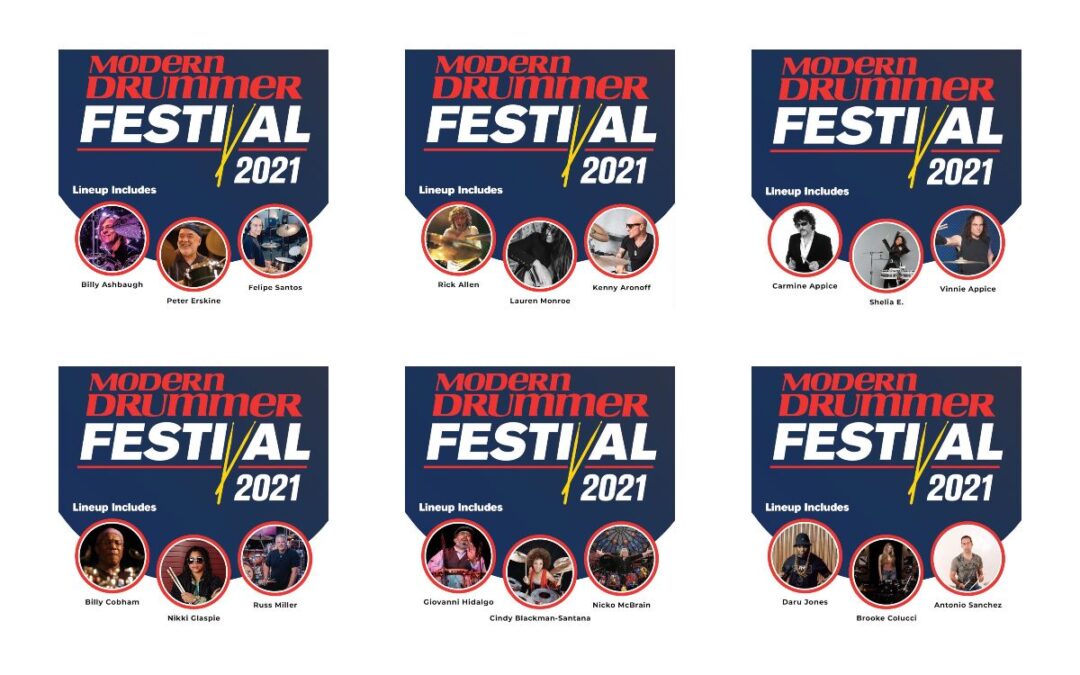 Modern Drummer is one of the world’s top drumming resources, and has been available in the market since 1977. They publish a monthly magazine (in both printed and digital form), drumming books, produce an annual drummer festival and a weekly podcast.

Plus, Modern Drummer announces the first recipients of the Neil Peart Spirit of Drumming Scholarship and the Neil Peart Lifetime Achievement Award – both projects founded by Neil Peart’s wife, Carrie. 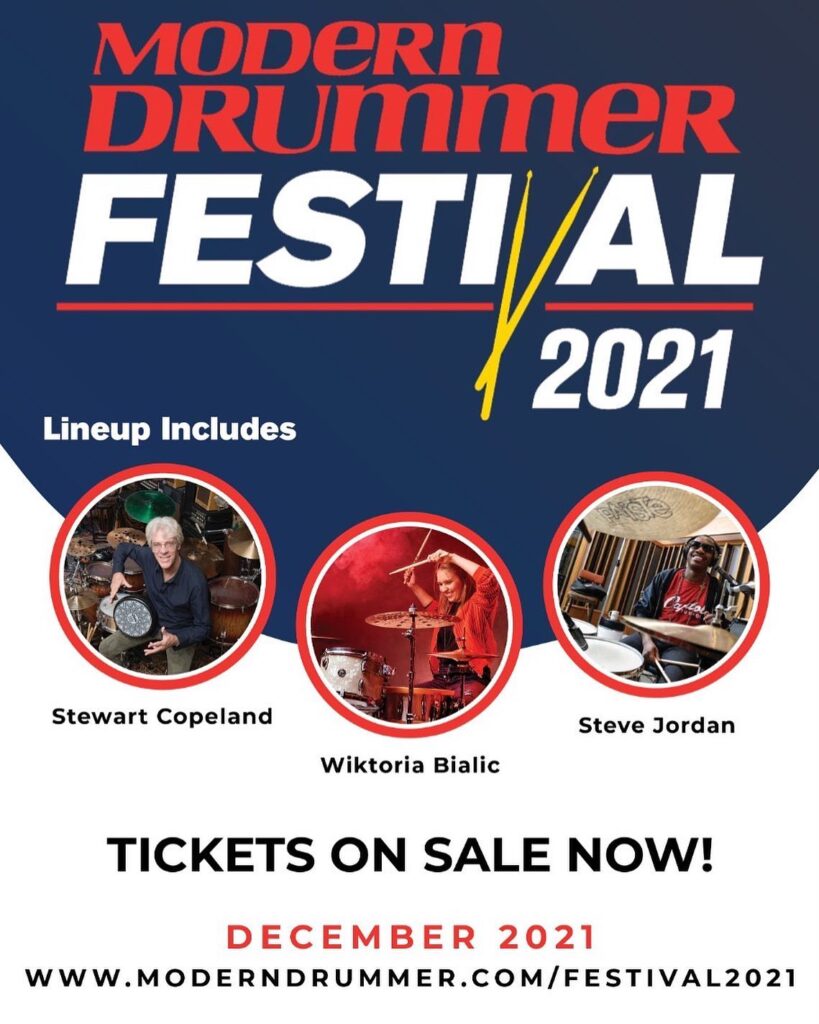 We also recommend a performance by the up-and-coming female drummer, and our countrywoman, Wiktoria Bialic. She has already performed at PASIC this year, performs live and features on the latest album by Poland’s latest sensation, Ralph Kaminski, and has been noticed and acknowledged by such masters of the drumming craft as Thomas Lang and Ash Soan.

Once released, the 2021 Festival will be viewable to pass holders at https://www.moderndrummer.com/festival2021/.